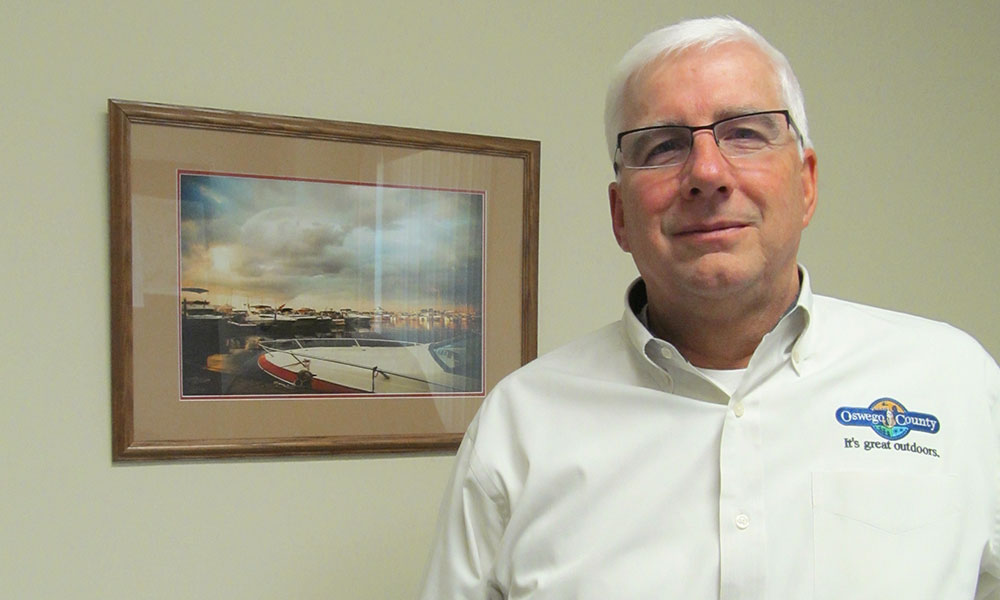 Is winter a busy time for Oswego County tourism?

“Oswego County is blessed with outstanding recreational activities in all four of our seasons. Winter is no exception.”

“There’s no way to really count how many visitors come to enjoy outdoor recreation activities around here. Snowmobilers, once they buy a registration, they could come up once or twice, or every weekend during the season. We know that we get thousands of anglers who come here for ice fishing and steelhead fishing in the river.”

What are the main attractions in the winter?

“A majority come here for fishing, snowmobiling, cross country skiing, snowshoeing, dog sledding, and now there are some bike races. Ice hockey is also a big draw, and that’s usually drawing thousands of people into the region. Figure skating events bring people in as well. There’s quite a lot that brings people in during the wintertime.”

How do you promote winter attractions?

“Our reputation for the quality of the activities we offer is really the main driver. It’s well known to the people who participate in the activities that we do offer, that Oswego County is a place to go. When someone talks about, say, snowmobiling, people know that you have to go to the nearly 500 miles of trails in the Tug Hill region of the county. We get more snow in the Tug Hill region than most places east of the Rockies, so it’s dependable. If you talk to the people in the snowmobile clubs, they’ll tell you that they have members from states all over, from North Carolina to Texas.”

What are some of the upcoming big-ticket events coming up in 2020?

“In January and February, there’s a statewide winter pro-am classic, that’s not just ice fishing but stream fishing as well. Oneida Lake is one of the most famous ice fishing spots in New York. We’ve got the Winona Forest 12K Classic, which is a cross-country ski race. People come from all over America, and literally all over the world to participate in that. There’s also the Winona Forest snowshoe 5K walk and run, both of those are in January. They also have their Tour-a-Thon, which is known across the country and that’s also in February. Selkirk Shores has a snowshoe race in February as well. There’s a snowmobile show in February, called the Great Eastern Whiteout, which is antique and classic snowmobiles. These are a few big-ticket things that draw people in from far and wide, and then you have a few other festivals. December is a big month for holiday festivals, and there are a few winter festivals in January and February, in Pulaski and around the county. There’s a pretty wide variety from outdoor sports to other outdoor gatherings and events that may draw in people from around the state.”

What Advice Would You Give to Your Younger Self?