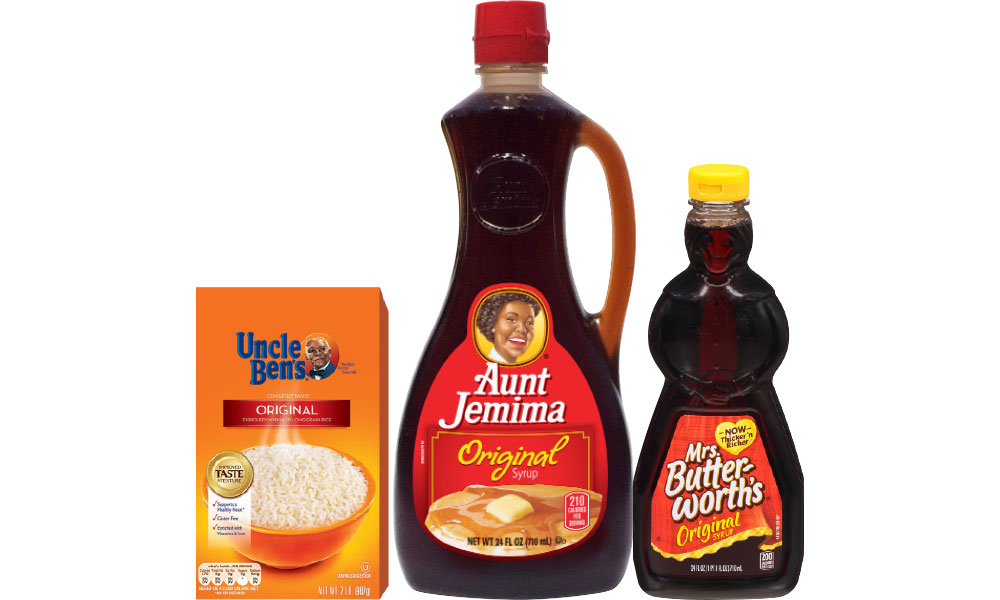 ‘The three brands are the latest of a number of products and images that have come under intense scrutiny because of their unacceptable stereotypical portrayal of African Americans.’

When I was an always voraciously hungry teenager growing up, my mom would serve seemingly endless stacks of Aunt Jemima pancakes slathered with real butter and lots of Aunt Jemima syrup.

(I cannot tell a lie — the mere memory is making my mouth water as I write this.)

Mom would whip up four at a time on a large griddle, and the aroma would fill our kitchen, probably stimulating my already legendary appetite. “Keep ‘em coming, Ma,” I would tell her. It would not be unusual for me to consume between 16 and 20 of these heavenly delights in one sitting.

Well, along with other icons of my youth, Aunt Jemima is being condemned to the scrapheap of history, because this smiling, once rotund (now slimmed down) face on the distinctive Quaker Oats Co. box has become one of the latest politically correct victims of the recent protests, calls for police reforms and re-evaluation of our racial beliefs and actions following the death of George Floyd in Minneapolis.

The other is Uncle Ben’s Rice — and the maker of Mrs. Butterworth’s syrup said it will re-evaluate its packaging.

In a statement, Quaker’s parent company PepsiCo said that it will replace the Aunt Jemima brand with a new name and image in an effort to “make progress toward racial equality.”

Uncle Ben’s owner Mars is planning to change the rice maker’s brand identity. In a statement on its website, Mars wrote that “now is the right time to evolve the Uncle Ben’s brand, including its visual brand identity, which we will do.” The company said it doesn’t know yet what the changes and timing will be.

ConAgra, Mrs. Butterworth’s maker, said its classic bottle is “intended to evoke the image of a loving grandmother.” Saying that it stands “in solidarity with our black and brown communities,” the company said it can see that the packaging may be interpreted “in a way that is wholly inconsistent with our values.”

The three are the latest of a number of products and images that have come under intense scrutiny because of their unacceptable stereotypical portrayal of African Americans.

Some of the others included the penny licorice candy whose form was changed from a black child to a black bear and whose name was changed to the current “anise bears,” the children’s book “Little Black Sambo”, Uncle Remus in Walt Disney’s 1946 movie “Song of the South’’ and several Stephen Collins Foster songs which used the word “darkies” and depicted exaggerated features of African Americans on the covers of sheet music of these titles.

(In fact, you may recall that this is the word in one of her early songs that resulted in singer Kate Smith’s rendition of “God Bless America” being exiled from Philadelphia Flyers and New York Yankees games and the removal of her statue from in front of the Flyers’ arena in 2019.)

Aunt Jemima pancake mix has been around since 1889; Quaker registered the trademark in 1937.

While I have heard many complaining that this sort of sanitizing of the past is “absolutely ridiculous,” if we do some research and understand the origin of Aunt Jemima, PepsiCo’s decision might not seem so drastic after all.

The character comes from an 1875 song “Old Aunt Jemima,” which was a staple of minstrel shows of that era. The character is patterned after a mammy-type slave who served white families. She had a perpetual pearly white smile and wore a polka dot dress with a scarf over her head, said to be common attire for “mammy” characters throughout the late-19th and early-20th centuries.

Quaker viewed Aunt Jemima as the idealized embodiment of southern hospitality. At the turn of the 20th century, Aunt Jemima provided a romanticized (and, I might add, incorrect) view of plantation life as a happy kitchen slave.

In 1933, Quaker Oats hired 350-pound Anna Robinson to play Aunt Jemima as part of its promotion at the Chicago’s World’s Fair. Ethel Ernestine was the first Aunt Jemima to be shown on TV and was the last living person to depict the character.

Anna Short Harrington began her career as Aunt Jemima in 1935.The Quaker company discovered her at the New York State Fair in Syracuse, the city to which she and her five children had moved and where she was cooking for a local family.

She was featured in a November 1935 Woman’s Home Companion ad that said, “Let ol’ Auntie sing in yo’ kitchen.’’ It was her photo with bandana that was used on Aunt Jemima products for 14 years.

She made enough money to buy a large house in Syracuse and rent out rooms. The house was demolished in 1959, four years after her death, to make way for Interstate 81. According to John T. McQueen, who wrote The Story of Aunt Jemima, she really was famous for cooking pancakes.

In the 1960s, the Aunt Jemima on the pancake box and syrup bottle became a composite of several African American women.

Then, in 1989, around the same time as the 100th anniversary of the creation of the product, Aunt Jemima’s image was modernized with a much slimmer depiction and the removal of the bandana, which revealed a natural hairstyle and pearl earrings.

The logo, which is still the one in use today, is more in tune with the appearance of contemporary homemakers with far fewer racial overtones, but now it, too, is no longer deemed acceptable.

Reading in a Pandemic: How Has it Impacted the Community?