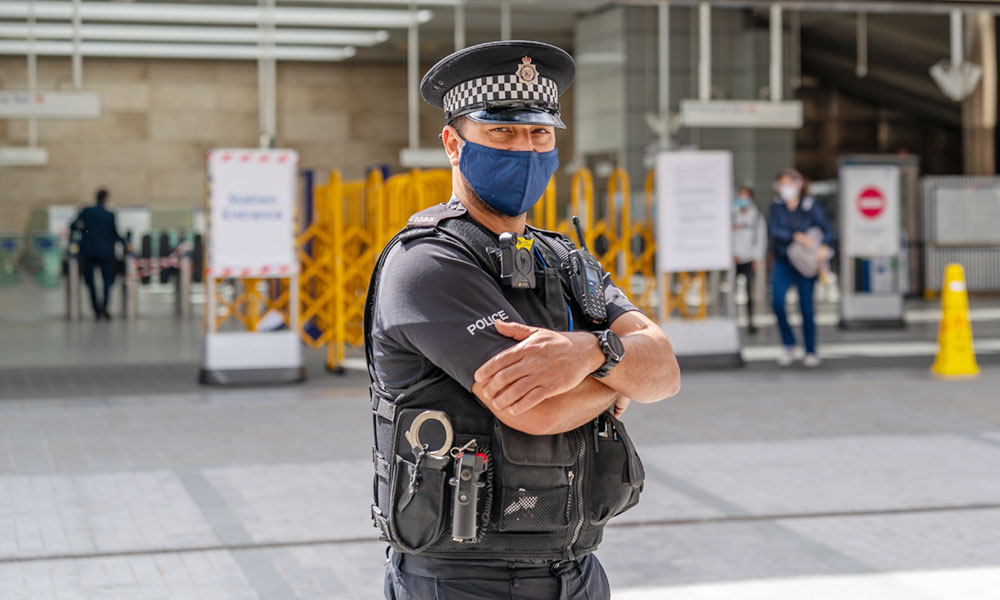 There is abundant research that shows that our perceptions of police are largely based on our own experiences with them.

For those without any personal experiences, they may be influenced by what they read, hear or see in the media, from anecdotes by those who have had positive or negative encounters and from other sources.

During tumultuous periods of protests touched off by the deaths of African American suspects at the hands of white police officers, we try to temper the backlash against the police with our desire to support the concept of policing and the vast majority of officers who do their jobs effectively day in and day out.

Business owners are terrified that protests will get out of hand and result in significant damage to their properties. They have seen how businesses have been vandalized or burned to the ground during this lawlessness. For this reason alone, the business community is reliant on the protection and good will of the police department.

Many business owners go out of their way to promote a symbiotic relationship between themselves and the police officers who patrol their area.

Right about now, we might take a minute to reflect on how our own memories and attitudes have been shaped by our encounters with police.

Mine started at age 3 when I fled from my babysitter after a bath and ran naked into the business district of my small coal-mining community in northeastern Pennsylvania before being corralled by a congenial local police officer.

Two years later, at the age of 5, on the first day of kindergarten and terrified over the prospect of going to school, I escaped through a large open window in my elementary school, jumped to the ground and took off, as my startled teacher screamed for me to stop.

Later, I was found by the community police chief and my mother asleep, hiding behind a tombstone in a nearby cemetery. I feared the worse, but, aside from a stern lecture from my mom, there were no reprisals from either the police chief or the kindly kindergarten teacher. I assume they were relieved that I was OK.

During my 65-year driving career, I received two tickets — one when I was 17 for a stop sign violation and the other two years later for failing to come to a complete stop at a blinking red light. Guilty as charged, officers.

When I became a journalist, I cultivated police as sources of information for news stories, but I also got to know them as individuals. This is when I was able to understand that they were not simply faceless cops behind a badge but human beings with all of the ups and downs and hopes and fears all of us have.

Unlike most of us, they had the intense additional pressure of the understanding that, even in small communities, there is an outside chance that they might not make it home at the end of a shift.

Until the Supreme Court decision in 1966 in the Miranda case (“You have a right to remain silent…”) and the Vietnam War protests a few years later, the police and reporters had a close relationship — perhaps a bit too close. Sometimes I would have breakfast or go for an after-hours drink with my police sources.

We would bend the rules on occasion when an officer asked us to hold a news story so the suspect would not flee from the area. It was a reasonable request that we agreed to in the name of public safety.

After the landmark “Arizona v. Miranda” case, police became much more guarded with details of crimes, especially big ones such as murder, for fear of jeopardizing their case and having it thrown out of court on a technicality. Getting information was like pulling teeth. This is still going on, especially with high-profile cases, 55 years later.

What really soured the relationship between the police and the media was when police officers were called “pigs” by protesting young people, the disenchanted, even on occasion by the media.

The catalyst was the August 1968 protests by a group called the “yippees” outside of the Democratic National Convention in Chicago. They had a small pig as their mascot which they proposed as their presidential candidate.

When police tried to break up the demonstration, they started calling the police “pigs,” and the expression caught on. Extensive media accounts really ticked off the police and their supporters, and much of their criticism was aimed at the news media for giving a platform and coverage to these chanting and often disruptive protesters.

This ended the close relationship other journalists and I had with our police sources. From then on, with few exceptions, police sources kept my colleagues and me at arm’s length.

‘What Should the President’s Focus Be for the Next Four Years?”

‘What Two Qualities Do You Value in Employees?’