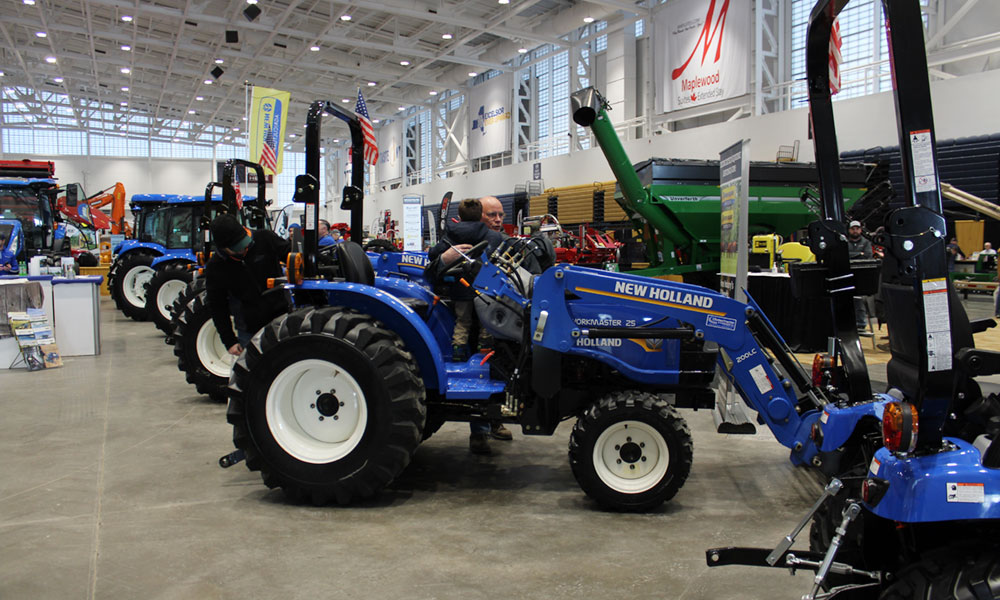 The largest indoor agricultural show in the Northeast, the New York Farm Show (www.newyorkfarmshow.com) has welcomed guests to the New York State Fairgrounds since 1985.

Normally held toward the end of February, the show will not go on this year because of COVID-19.

The show is more than a chance to peruse the wares of more than 400 exhibitors. It also includes numerous workshops, demonstrations and seminars, all part of the free admission show.

Since it is held during a lull in agricultural schedules, it allows farmers the opportunity to get off the farm for a few hours, rekindle old friendships and feel the camaraderie forged by the challenges of farming.

The show’s absence is not just a loss for farmers. Many agricultural enthusiasts attend to see the latest in farm technology and shop for agricultural gifts and toys. Rural landowners also attend the show to learn more about topics like forest management. Many of the vendors offer items for pet animals, tools and home décor.

The lack of a Farm Show represents another loss of an event at the fairgrounds. The official calendar contains no events through the end of March except for drive-through Girl Scout cookie sales and American Red Cross blood drives.

Without the show, the hospitality-based businesses in Syracuse lose another opportunity to feed and lodge the vendor personnel presenting at the show and any non-local attendees.

Despite ongoing discussions about possibly rescheduling the show, “there’s no planning going on now at all,” said Scott Grigor, show manager. “The governor has not let us play in his house yet.”

The disappointment in Grigor’s voice indicated how important he believes the show is for attendees.

“It’s a showcase of agriculture for the Northeast,” Grigor said. “It’s the go-to information center. It’s a one-on-one type of thing. It’s a farmer meet and greet, but that would be harder now with the masks.”

The event is so popular that it draws sizeable crows to peruse six of the buildings at the fairgrounds. Grigor said that he doubted the show could be managed in a way that would keep people apart.

“We could not get personnel to police it,” he said. “Making sure that anyone who comes is safe is my biggest thing.”

He did not think a virtual event would be well attended because the farmers interested in the show typically are not desk-oriented individuals but are more hands-on.

“I’ve watched several virtual shows and my attention time is 15 to 30 minutes,” Grigor said. “I can’t see farmers sitting in front of a computer to watch a show. Virtual shows are a lot of work and the response they get, they’re a little disappointing.”

Because it is a trade show, the Farm Show would not receive vendor revenue in a virtual format.

‘This Year is Horrendous …’