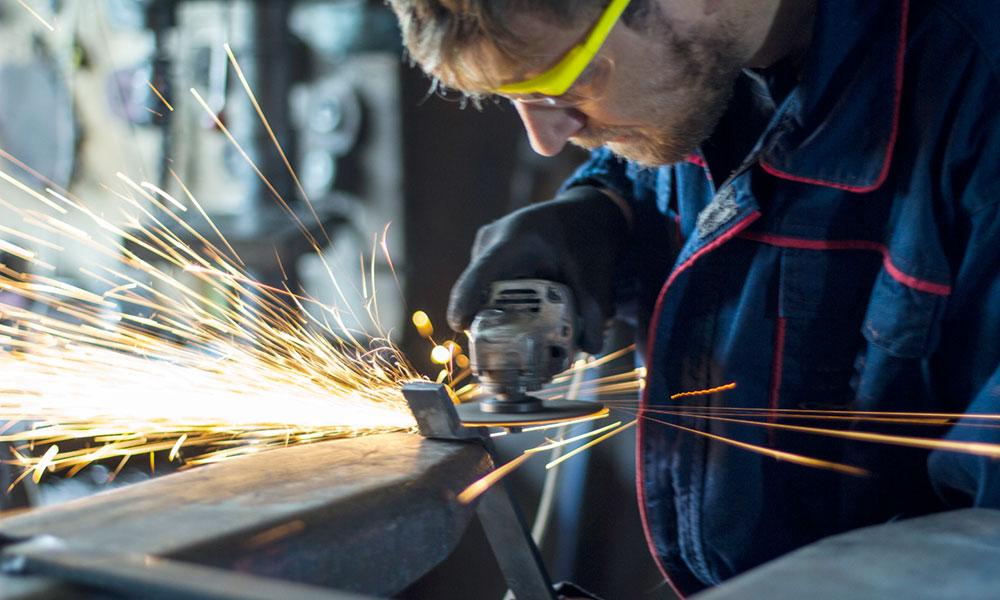 You can’t keep a good manufacturer down.

The manufacturing sector in Central New York and throughout the entire state has been temporarily paralyzed due to the COVID-19 global pandemic.

However, with relief finally in sight, manufacturing is among the first sectors to get back online as the first phase of a four-phase statewide recovery plan.

Manufacturing activity in New York has fallen to its lowest level on record as factories across the state have been forced to shut down because of the novel coronavirus pandemic.

The alliance has representatives statewide and continues to grow annually. Collectively, it represents more than 5,400 manufacturers and businesses and about 181,300 manufacturing jobs.

“As everyone knows, this is a historical event and has had a significant impact not only in Central New York, but throughout the nation,” Wolken said.

He said unemployment and business activity have changed in highly dramatic ways, but many manufacturers are open in some capacity, he added.

In New York state, the unemployment rate in April stood at 15%, compared to 4.2% in March.

Industries that were deemed nonessential throughout the nation have been forced to change operations or reduce production capacity, Wolken said.

“They did and have responded effectively. A significant amount of manufacturing activity has occurred, and the sector has adapted in this new environment,” he said.

Some manufacturers had already shifted production or capacity by early May.

MACNY did a recent survey in the throes of the pandemic with about 100 manufacturers responding, and 80 percent were open on some level, Wolken said. The average capacity was 75% and that number varied from 20% to 100%.

Some manufacturers didn’t have to make a transition and operated at full capacity. Food-processing companies, for example, were actually hiring.

“The reality is depending on the industry, clearly this was a step backwards for all manufacturers,” he said.

At the same time, however, there will be new opportunities as the region goes forward.

Making and providing personal protective equipment, for instance, is in high demand.

In April, Tessy Plastics announced that it was planning to hire 200 people and turn a warehouse in Auburn into a high-tech manufacturing center for the production of 5-minute coronavirus test kits, a measure designed to help get the nation back to work.

Tessy, which is headquartered in Skaneateles and has large manufacturing facilities in Elbridge and Van Buren, reportedly said the contract to produce the test kits is the largest in the company’s history.

Tessy is a global contract manufacturer that specializes in injection molding and custom automated assembly solutions.

Wolken said the amount of tests that are going to be needed will be in the tens of thousands. Most estimates call for a COVID-19 vaccine to be developed in a year or two, which further enhances the need for testing.

“When you think about producing a vaccine for the world, that’s a lot of production,” said Wolken, noting that New York state may regain its status as being a home for pharmaceutical production.

He said the area will also explore opportunities within the ventilator and CPAP (continuous positive airway pressure) realm, as well as software and hardware associated with tracing and tracking technology that is going to be in high demand.

Breweries, such as Anheuser-Busch in Baldwinsville, are also shifting gears and producing hand sanitizer, which in turn is bottled by area plastic manufacturers.

The Anheuser-Busch plant in Baldwinsville is producing and distributing hand sanitizer to accommodate the growing need across the U.S. in the face of COVID-19.

JMA, a wireless technology company based in Syracuse, recently designed an emergency-use ventilator it said could be used to keep critically ill coronavirus patients alive.

“This shows the versatility and innovativeness of our manufacturing sector to come back to find a way to make a difference,” he said.

Wolken said to expect more companies, both large and small, to jump into these opportunities as the nation reshores and creates new opportunities at home.

“Having these big technology companies deciding to have their tech supply chains so far flung, especially in Asia which was initially hit the hardest, is going to be hard to justify in the future,” he said.

Another significant resource for CNY is SUNY Upstate Medical University, which is a leader in the fight against COVID-19.

“It is likely that we will see at least a quarter or two of challenges ahead. We are hoping it comes back as quickly as possible,” he added.

Wolken said regional manufacturers have changed their operations to be open safely.

Manufacturing facilities have also developed response plans to make sure someone who is infected with COVID-19 does not gain entry into the facilities. Many MACNY members are now mandating temperature checks and also enforcing travel restrictions.

“They’ve responded to the new norm, and that has become the case for anyone who has stayed open as an essential business,” he said.

Furthermore, businesses are sharing lessons learned with other manufacturers. “In the future, other businesses will need to learn from the manufacturing experience,” he said.

Wolken said while some business models have been changed, it is mostly processes that have been altered. However, he did foresee models being changed down the line.

Meanwhile, the automotive industry and its supply chains have taken a pause being that it was not deemed essential.

Wolken said the rebound will be in increments, and Novelis — which partially shut down its Scriba operations in mid-March — is expected to be back on line early this summer.

The aluminum producer employs 1,150 people, making it the largest manufacturer in Oswego County. It processes rolled aluminum for use as vehicle body panels. Its largest customer, Ford, uses the aluminum in its popular F-Series pickup trucks.

Wolken addressed what needs to happen in order for the manufacturing sector in Central New York to rebound from COVID-19 on a successful level.

“The key is to do it smartly and safely, and that’s been demonstrated by those who are open. You have to change operations or business models to make sure you are profitable and viable going forward,” he said. “I’m convinced New York-based manufacturers are well positioned to do that, mainly because they have done it before.”

Wolken said this is not the first challenge New York manufacturers has had placed upon it.

“We have a lot of high-tech businesses that have figured it out, and I’m convinced they will do it again,” he said.

Wolken has been with MACNY since 2001 and has viewed manufacturers survive some severe tests, such as the recession that struck in 2008-2010.

“I think we have the vitality and resilience to make our way back through and out the other side using those same skills” that prove successful 10 years ago, he said.

Wolken said there will be new opportunities and he anticipates reshoring of manufacturing to occur.

“I don’t think you are going to find facemasks, other personal protective equipment and many other things made exclusively overseas anymore,” he said.

In the health care sector, he foresees that pharmaceutical products won’t be made internationally in the same way, as well as facemasks and ventilators that are now being produced in other parts of the world.

“I think we are going to relook at what are essential businesses, and it is going to be well beyond national defense related items like military equipment. I think you are going to find a resourcing of both health, tech and agriculture,” he said.

“We want our food, tech, health care and national defense made here,” he said. “In the past, we were probably a little too lenient as to where our supply chains can come from. So I think we are going to need to relook at all that and I think you are going to see a surge of manufacturing in the future.”

Upon the outbreak of COVID-19, MACNY went strictly digital in terms of its products and services and staff was fully deployed from home.

“We are now doing more digital learning, training and networking then ever before,” Wolken said.

The staff at MACNY has also been inundated with calls from across the nation from those interested in finding out the organization’s take on best workplace safety practices as businesses deal with the COVID-19 pandemic.

“This isn’t the last we’re going to hear from this. There is going to be a resurgence in a variety of places across the country, and we know that until there is a vaccine, there is not likely to be an ending to the COVID-19 threat,” he said.

Wolken and his staff post daily updates on MACNY’s website for members, is constantly updating information relating to every federal and state program associated with COVID-19, and help companies make necessary adjustments.

“It’s not by chance manufacturing is one of the first sectors to be slated to be phased in first,” Wolken said. “They have worked hard to be ready for the moment.

“Manufacturers have worked hard to be in this position,” he added.