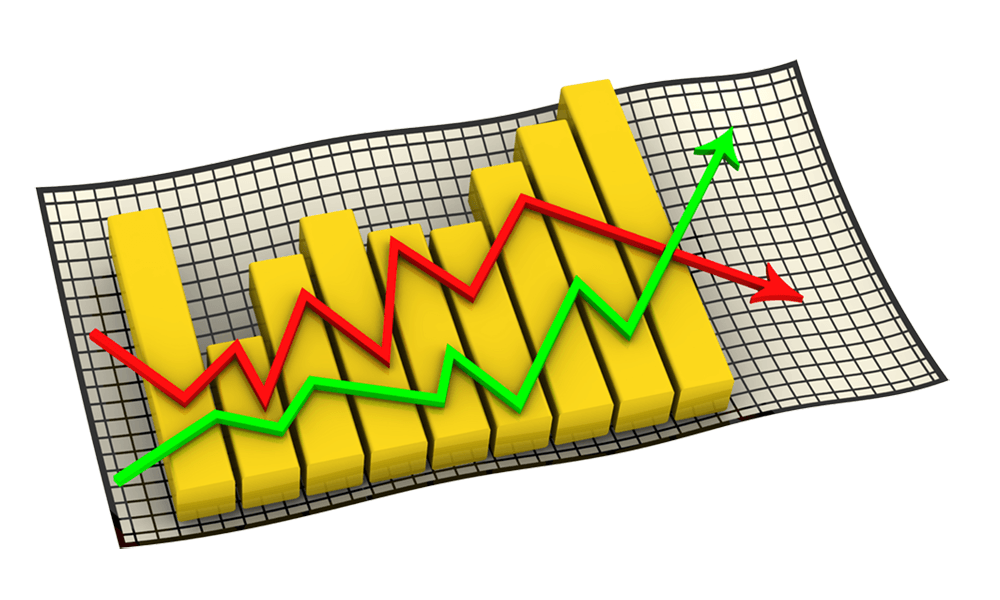 Believe it or not, Central New York’s economy is growing and the future of this area looks promising, a regional economist told a group of local business leaders recently.

The gross domestic product for the expanded Central New York region — Onondaga, Madison, Cayuga, Oswego, Cortland, Herkimer, Oneida, Lewis, Jefferson, Seneca, St. Lawrence and Tompkins counties — increased by 1.5 percent from 2017 to the end of 2018. That compares to .50 percent growth from the prior year. It is the most significant growth since 2012, said Gary Keith, regional economist for M&T Bank.

He gave a presentation in January on the state of the region’s economy at CenterState CEO’s Annual Economic Forecast Breakfast and was interviewed shortly after the event.

Keith, who is from Buffalo, noted that the economies for the Western New York, Rochester area and Capital District are improving at a faster rates than Central New York’s. But Upstate New York as whole still lags behind the national average, which saw 3 percent growth in 2018.

“It’s tough to compare Upstate [New York], especially Central New York, because we don’t have the growing population base that so many other areas of the country have,” he said.

The gross domestic product (GDP) is the monetary value of both the finished goods and services produced within an entity’s (county, region, state or country) borders. A GDP is typically measured in annual increments.

The best news is Central New York’s unemployment rate, which is currently at only 3.8 percent for the region and 4.6 percent for Oswego County specifically. Keith said that’s the lowest rate he could find on record. M&T’s data goes back to 1990.

Keith believes that thousands of residents in the four-county region that had been out of the labor pool at some point after the Great Recession of 2008 dove back into the pool in recent years. This could pertain to folks who went back to college to make themselves more marketable, obtained technical training, or had no choice but to work wherever they could get a job. The past year alone saw an increase of more than 2,800 employees in the area work force.

But that’s not to suggest that the region’s workforce is expected to return to what it once was, Keith cautioned. The regional workforce for the 12-county area still decreased by nearly 44,000 people from 2007 to 2017. The number of manufacturing jobs, which disappeared by the thousands in the past two decades, are holding steady, though there is no forecasted growth in that sector. People are not moving into the region faster than the rate that others are moving out. Rather, younger people who have remained here are getting jobs opened by attrition and retirements, mainly in the areas of education, health care and the service sector.

“If the new people who are replacing the retirees are coming in at a starting wage,” he said, “that’s good for taxpayers.”

Federal government contractors like SRC Inc., Saab and Lockheed Martin have been on continued hiring sprees. Those companies offer high-paying jobs to software engineers and computer scientists. They are able to recruit very bright college graduates who would prefer not to work and live in crowded, expensive hubs like the Silicon Valley or Northern Virginia.

“All of the colleges in Upstate — Oswego State, UB, RIT, Syracuse University — the talent is already here, and there’s a big fight for talent right now,” Keith explained. “When you are right out of school, your money goes a lot further here. The other part of it is, real estate is cheaper and there’s a lot of available property, so it’s reasonable to expect that more companies can set up here because they want to go where the talent is.”

“Baby boomers are retiring and leaving the region, but millennials are staying in place,” Keith said. “It’s not a 1 to 1 ratio yet, but at least there’s some stability,” he said.

In the past decade, Central New York has also boasted a more educated work force, Keith explained. The number of adults at prime working age who have an associate’s degree or higher is up 10.8 percent since 2007. Nationally, however, that figure grew by 20 percent in the same time period.

Keith is impressed with downtown revitalization initiatives going on across Upstate New York. He stayed in the renovated Hotel Syracuse during his recent visit here, and points to that project as a great example of community pride.

“Those are examples we need to see more of. Anything you can do to get people to come downtown and even want to live downtown is smart,” he said. “It’s nice to see that happening now in the city instead of in the suburbs. You don’t want a doughnut in the economy.”

Another challenging is restoring a sense of pride to the masses. Syracuse and other Upstate New York cities have often times fostered a culture of negativity, though that’s understandable at times considering the loss of jobs and residents, the eroding tax base and the decisions by major employers to move out of state or overseas. Everyone, not just politicians and business leaders, needs to promote their communities assets with a sense of urgency, Keith says.

Keith attributes the growth in Buffalo to that area’s focus on bolstering its financial services sector. He believes the Syracuse area still needs to find a niche. For example, establishing a hub for the drone and unmanned air craft industry here could be profitable.

“You want to create something that is innovative and idea-based, not just a place to put widgets together,” he said. “This area can complete with knowledge-based work. You have a lot of very smart people here, and we need to keep them here.”

Nationally, Keith noted, the labor market is tightening and wage growth is still very gradual. Looking ahead, it’s expected that protectionist international trade policies will dampen demand for exports. Still, the national unemployment figure of 3.9 percent is quite staggering considering that, the last time unemployment was this low (in 1969), two thirds of the U.S. population were not even born yet.

The event Keith spoke at coincides with the release of CenterState CEO’s 2019 Economic Forecast for Central New York. The report, which was completed by Research & Marketing Strategies Inc., consists of perspectives, predictions and projections from CenterState members as well as from business leaders representing 18 different industry sectors.

The biggest challenges for local businesses in the coming year, the report says, is dealing with government and regulatory issues, and attracting and retaining good employees.

Central New York’s unemployment rate, which is currently at only 3.8 percent for the region and 4.6 percent for Oswego County specifically, is the lowest in a generation.