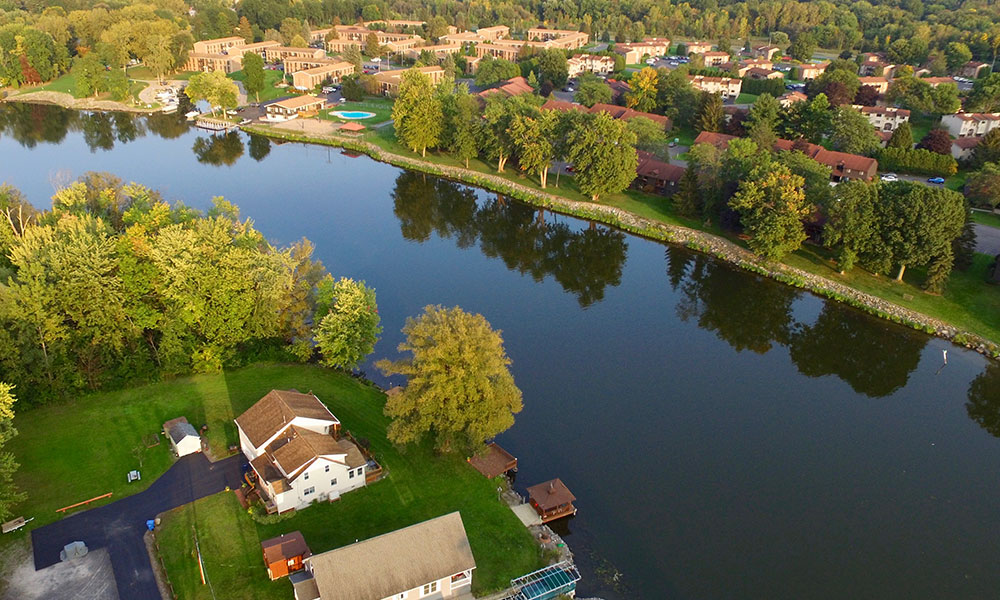 Get ready for a long search. Like the larger market, the pandemic has created strong demand waterfront real estate and a limited supply

As a veteran realtor, Andrea Wisgo was well aware that houses located on the water are often in high demand.

But in February she received a reminder of just how intense that demand is when an offer fell through on a piece of waterfront property she had listed. Despite the setback Wisgo, who owns Salmon River Realty, in Pulaski, wasn’t worried.

“It was literally back under contract in less than 24 hours,” she said.

Over the past year the Central New York housing market, like most of the country, has been one of the hottest in recent memory. Although the pandemic brought most real estate activity to a halt for a brief period last spring, buyers began flooding realtors with inquiries in early summer and things never really let up the rest of the year.

Strong buyer demand has been buoyed by low interest rates, a diminished supply of homes on the market and reluctance among homeowners to sell during a pandemic. Buyer demand has also driven housing prices up considerably.

Although demand has been strong across the housing market, waterfront real estate — which has long been something of a niche for realtors — has been especially sought after by buyers throughout the pandemic.

“It’s very hard to find and when you do find it it’s gone really quick,” said Andy Azzarello, president of the Greater Syracuse Association of Realtors. “I think they sell faster than the regular residential market right now.”

Azzarell, who is a broker with Better Homes and Gardens Real Estate Select in North Syracuse, said the pandemic has pushed many people to seek out waterfront homes as a refuge from everything going on in the world around them. Even if they couldn’t travel, eat out at a restaurant or go to the movies, they could still head to their own waterfront retreat.

“Last year that was a place they could go to get away,” said Bill Galloway, owner of Century 21 Galloway Realty in Oswego. “With so many people working from home a waterfront property was even more appealing to buyers.”

Buyers from downstate and out of state — Pennsylvania, New Jersey and Connecticut in particular — have increasingly invested their money in second homes on the water in Central New York. The area is attractive to many buyers for its tourism and recreational activities such as boating, fishing and snowmobiling.

But there’s another reason buyers are drawn to the area, Galloway said. Even after years of steady price increases, waterfront property here is still very affordable by comparison.

A middle-class family from out of state might not be able to afford waterfront property where they live, but can often purchase a property on the water in Central New York. The relative affordability of waterfront real estate has led many owners to invest in upgrading their properties. As a result, many owners have chosen to convert seasonal camps into year-round homes, Galloway explained.

The intense interest in waterfront properties during the pandemic included Onondaga County, extending from river and lakefront properties in the northern suburbs to Skaneateles Lake.

Romy Callahan, an associate broker with Howard Hanna Real Estate in Skaneateles, said the pandemic encouraged buyers in the market for waterfront property to expedite their search and make a move quickly. It also caused some people who hadn’t thought about buying to consider the idea. People living in cities, for example, suddenly found themselves wanting more space and a second home that could function as their primary residence during the pandemic, she said.

The market for properties on Skaneateles Lake largely mirrored the larger real estate market, Callahan said. If a house on the lake went up for sale, back-to-back showings and multiple offers were common.

While real estate on Skaneateles Lake is often associated with multimillion-dollar homes, they represent a relatively small percentage of the housing supply. During the pandemic demand has been highest for more inexpensive properties, Callahan said.

“If something comes on and it’s less than a million dollars it’s going to sell,” she said.

Such properties have proved exceedingly difficult to find. Real estate agents in the area have been hunting for properties to sell. In mid-March, there were just 10 listings on Skaneateles Lake and none of them was less than $1 million.

Lack of waterfront inventory has been a problem for realtors and buyers across Central New York. For one thing, waterfront properties represent a tiny slice of the overall housing market. And owners often hang onto the properties for a long time or pass them on to family.

Wisgo, of Salmon River Realty, said lack of waterfront properties coming onto the market has been a significant challenge, particularly for buyers looking for property on the Salmon River due to its popularity as a sportfishing destination.

Complicating matters further is the fact that buyers in the market for a waterfront property often have other criteria, such as the ability to launch a boat. Buyers can be forced to search a wider geographic area to find a suitable property. And all the competition has put even more pressure on the market, Wisgo said.

“Because of the demand for waterfront houses the prices people are putting on them are crazy,” she said. “Owners are listing way over assessed value.”

The only possible sour note has been along Lake Ontario where in recent years record flooding has caused severe erosion and damage to some waterfront properties. The flooding caused some buyers to think twice about sinking their money into a property there. Even that concern, however, has been assuaged in large part by the expectations that water levels will be lower and severe flooding less likely going forward, Galloway said.

And what will the market look like in 2021? All signs seem to point to a continuation of an intense sellers’ market, Wisgo said. “I’m optimistic for a good spring season because there are a lot of buyers.”