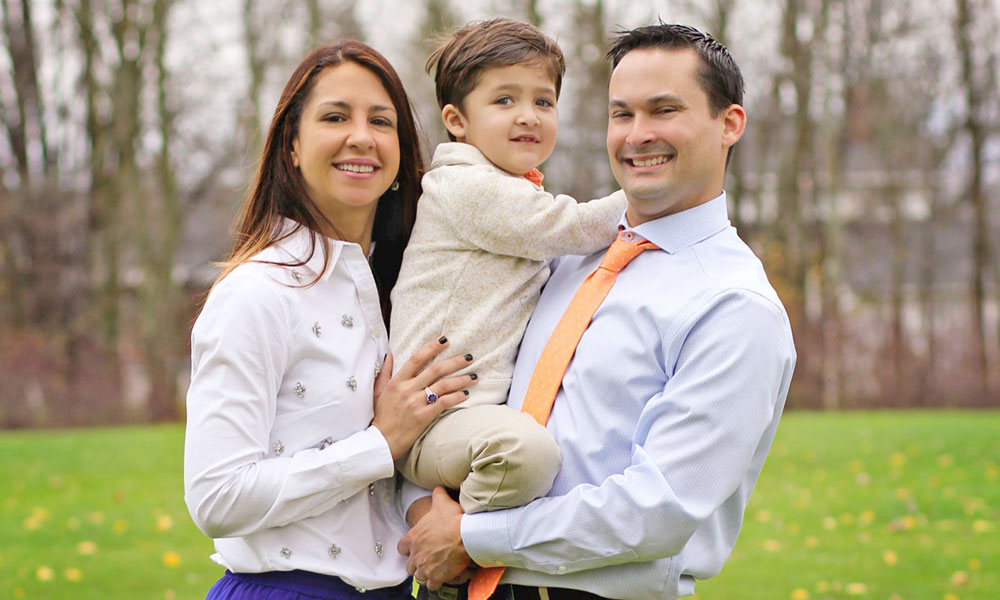 Yamilka Serrano and her husband Juan Lopez-Rosario, both dentists, own Dental Health Solutions in Fulton. With them is their son, 7-year-old Diego. Helping others “is definitely our office culture,” Lopez-Rosario said.
By Deborah Jeanne Sergeant To say that Dental Health Solutions in Fulton is a “family practice” means more than the demographics of patients the office serves. Dentists and spouses Yamilka Serrano and Juan Lopez-Rosario are family. “We want to be a destination for families,” Lopez-Rosario said. “That’s one of the things I’ve enjoyed a lot.” The couple met in dental school at the University of Puerto Rico in 2000 and moved to the United States in 2004. Since Puerto Rico is a territory of the United States, their credentials are considered the same as if they had been earned at any dental school America. In 2007, Lopez-Rosario began working at the office that dentist Michael Botty had founded in 1985. Lopez-Rosario became a partner and eventually took the reins when Botty retired in 2015, bringing on Serrano at that point. “Once I became full owner, as the current owner was cutting back and selling the business to me, it was a perfect opportunity to join back again as a team,” Lopez-Rosario said. He and Serrano had studied together in dental school and they have enjoyed working together. The dental practice employs the two dentists, four administrators, four hygienists and three