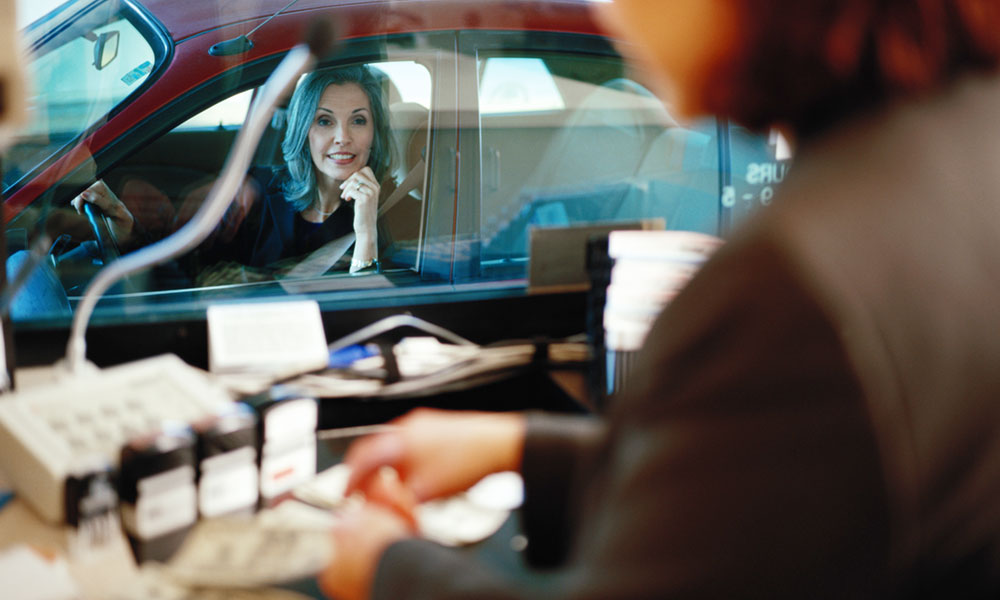 Experts: Some trends — increased use of drive-thrus and e-banking — likely to continue

As with any other industry, banking changed significantly to adjust to life during the pandemic.

For banks, that has meant closing their lobbies.

Some have offered lobby use only by appointment. Overall, banks have ramped up support at the drive-thru window and, for those new to online banking, their customer service lines. The effects of these changes may continue indefinitely after the lobby doors open.

At Pathfinder Bank, Jim Dowd, chief operating officer, has seen much more use of drive-through and electronic banking.

The pandemic has affected banking policies. As most banks, Pathfinder has a limit on ATM withdrawals and remote deposits.

Customers who become accustomed to using mobile banking for remote deposits, transferring funds among accounts and checking balances will likely want to continue with it even after lobbies open up in pre-pandemic fashion.

The night deposit box has also become more popular — even while the sun shines.

Dowd said that customers sometimes call to make bank personnel aware they have planned to make a large deposit during the daytime in the night deposit box. Bank personnel process those deposits right away instead of waiting until the normal time those deposits are typically processed.

Those who normally come on foot to the bank — such as those who live nearby or don’t use vehicles — may make an appointment and wear a mask to enter, rather than walk through the drive-thru. Pathfinder has been following CDC protocols to protect customers and employees with additional sanitation and shields at teller windows.

“I think that this has changed customer activities and I think that we will see more drive-through traffic,” Dowd said. “I don’t know what’s to come, but during these uncertain times, we anticipate greater use of electronic banking and the drive through as people have become more comfortable. The longer we’re in this new norm, the more will use these means.”

Early in the pandemic, NBT Bank decided to restrict lobby access and divert customers to the drive-thru and walk-up windows and online banking.

“While our teams have missed seeing their customers face to face, we’ve seen the use of both of these avenues skyrocket,” said Lori Teifke, NBT Bank Central New York territory manager.

She anticipates that many customers will continue to use online banking, though that won’t negate the necessity for physical locations.

“The relationships we have established are so very important,” Teifke said.

For some banking customers, the face-to-face interaction is important for daily transactions; for others, mundane deposits are fine online but obtaining a loan and other complex banking needs are best handled in person.

At Seneca Savings in Baldwinsville, Laurie Ucher, senior vice president of retail banking, has also observed an uptick in mobile banking transactions, as well as debit card use. She thinks that’s likely because homebound customers have been ordering more online.

Since these “convenience channels are easier to use, we’ve had some customers previously resistant to them now using them for banking,” Ucher said. “I think it could be a new trend with banking.”

Another service the bank offers, Zelle, allows customers to transfer money easily from account to account, even if one of the parties doesn’t use Zelle. The service makes paying back someone easier and less germy, since no physical money transfers between the two.

“In some cases, we’ve opened accounts in the drive-through,” Ucher said. “We’ve had to separate people who are doing transactions from those who need to take longer.”