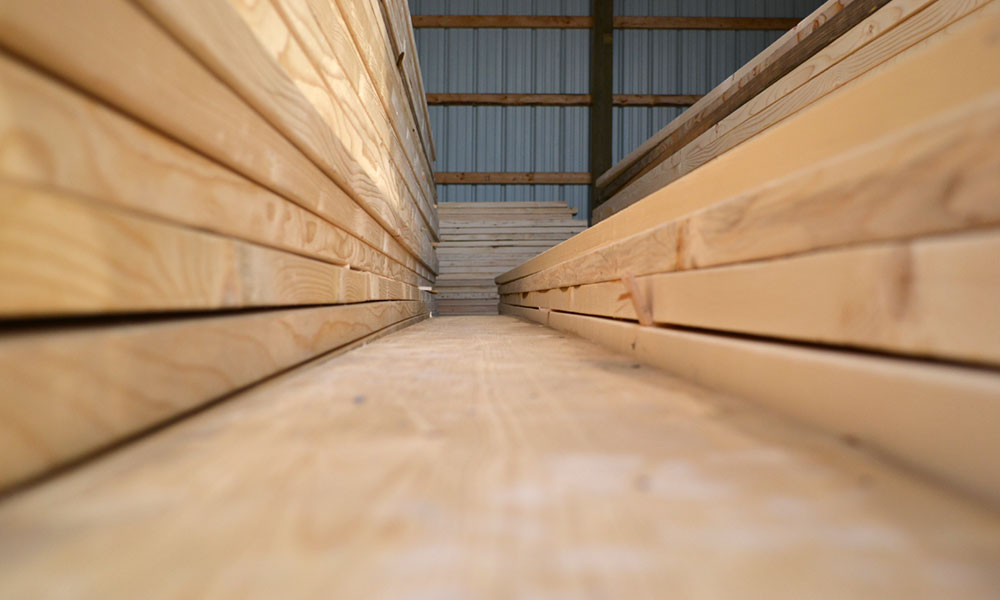 In the spring Joe Spereno furnished an estimate for a woman who wanted a deck built on her house; material costs: $2,300. Three months later, when the woman decided to go ahead with the job, he tallied up the new price for materials: $8,300.

“It was insane,” Spereno says. “I told her ‘You should obviously wait and let’s hope everything goes back down.’”

Throughout the year hardware stores, homeowners and contractors have been forced to contend with widespread shortages of many types of building materials and hardware and skyrocketing prices for other items, such as pressure-treated lumber.

Typically, when hardware or building material prices fluctuate so dramatically it’s due to a specific issue related to supply or demand, says David Logan, a senior economist at the National Association of Home Builders.

“This pandemic has kind of induced the perfect storm of double-sided negative effects on both the supply and demand sides,” he says.

Earlier this year the pandemic forced many people to work from home, which contributed to an explosion in DIY projects and hiring contractors to do work on houses. Consumers responded by buying up building supplies, especially from big box retailers. That’s a major reason some suppliers have had trouble keeping materials in stock, Logan says.

While consumers were gobbling up supplies, manufacturers were forced to shut down or idle their plants due to the pandemic. And as borders closed, supply chains were disrupted. Key components became difficult to obtain and imported items, especially from China, disappeared.

Logan says people first noticed a shortage of residential lighting fixtures during the first quarter of the year.

The biggest shortages, which began in mid-April and May, included lumber and wood products, Logan says. In particular, pressure-treated lumber, dimensional lumber and decking practically disappeared from many shelves as limited supply failed to keep up with rising demand. The result was record high prices for lumber over the summer. Prices have eased about 40% since mid-September, says Logan, but the average price of lumber in 2020 will still shatter previous records.

Spereno, of Mexico, owns Spereno Construction. When the pandemic forced people to stay home in the spring, he was sure his business would slow down. Instead he began receiving calls from eager customers, some with stimulus checks they wanted to spend.

“Everybody was sitting at home wondering ‘what can I do to improve my house’ or ‘lets finally get this fixed,’” Spereno says. “So, it actually went the other way.”

He had enough work to keep himself and five employees busy, but soon began noticing material prices creeping up. Pressure-treated lumber eventually shot up more than 300%. Oriented strand board (OSB) — long used as a cheap alternative to plywood — skyrocketed from $10 a sheet to $27.

As much demand as there was to add porches and decks and to start other building projects, Spereno says some homeowners ultimately decided to hold off on projects and wait for the price of materials to come down.

Shortages started in the spring

Tim Searles, owner of New Haven Building Supply, says that for most of the year he has struggled to keep a consistent supply of pressure-treated lumber in stock. The price soon soared, hurting local contractors. Any items imported from China — nails, screws, plumbing fittings — have been hard to find. Earlier this year customers, stuck at home with little to do, cleaned out most of his home and garden supplies. OSB as well as plywood shot up in price and became harder to find.

Searles began helping his father around the hardware store as a child. Four decades later, he says he can’t remember a similar stretch of material shortages and price increases.

Although prices and supplies have improved somewhat during the fall, Searles says roughly 40% of the items he orders are still out of stock or backordered.

Bernie Meade has experienced a similar phenomenon. Meade, who has owned Parish Hardware with his wife for 16 years, puts a weekly order in with his supplier that typically includes a list of about 400 items. Under normal circumstances there might be fewer than a dozen items out of stock, he says. These days, however, he’s lucky if he gets half of what he orders.

Shortages started in the spring, but things didn’t really become bad until May, Meade says. Some items that were in short supply were obvious. They sold tons of deck screws for all the porches people were building. Gardening supplies became hard to find in the spring as people embraced growing their own food. Seeds nearly sold out, as did chicken wire to keep out unwanted animals. And then there are the canning jars to preserve the harvest.

“Everybody is looking for canning jars,” Meade says. “There’s just nothing available.”

Meade says some items such as PVC pipe for plumbing and the plastic conduit for electrical wiring have been tough to find, or are only available in limited quantities. Some items have been out of stock for a week or two, other for months on end. And some quirky items seem to be out of stock for no obvious reason. For example, Meade says brown window caulk, never a bestseller, has been difficult to stock.

“The less popular items are more likely to be out than the more popular items,” he says, noting that manufacturers unable to meet demand have focused on producing popular brands.

The situation for Deaton’s Ace Building & Home Center in Pulaski was even more perilous than most.

Manager Mike Deaton says they had spent months planning a major reset to the store, to include moving isles and redesigning the layout.

The project got underway with a crew from out of town just as the pandemic worsened in March. As an essential business, the store never closed, which made things more difficult. What was supposed to take five weeks ended up taking months, Deaton says, and left the store’s inventory completely rearranged.

Deaton’s was soon selling out of many items, such as facial masks and cleaning supplies. Ace began scouring the market to find comparable products to replace the out of stock brand names. Deaton says they sold tons of homesteading supplies in the spring, including canning supplies and garden seeds and equipment. With so many people spending more time at home, sales of smoke detectors climbed as did lawn care supplies. Deaton says their stock of grills and BBQs was decimated and only began to trickle back in the fall.

Still, building materials remained the scarcest and subject to dramatic price fluctuations. Deaton says he went several months being out of virtually everything in treated lumber. The shortage of deck boards and 4x4s became so acute that customers began modifying their decks to make use of thicker lumber that was available.

Deaton says he has many Amish customers who do carpentry and use plywood in shed construction. Those who already had purchase orders to build sheds were forced to modify their plans. Others who had already been paid for the work lost money, he says.

Sandpaper was hard to stock for a while. Drywall and insulation are slow coming; Deaton called his supplier in the fall to place an order and was told it would be six weeks before the manufacturer would be shipping.

“We’ve gotten to the point now where we do have some treated lumber available to us and some other things that had been really behind previously, but the price is so high,” Deaton says. “Every supplier and store are making decisions about do I stock up now, is this going to get worse?”

Deaton says they bought treated lumber when the price was high; now that the price has softened they’re selling some of it at a loss.

When will it end?

In the past couple months, as supplies have slowly returned, shortages have shifted to other areas. Contractors have reported shortages of fasteners, screws, nuts, bolts and brackets. The reason for the shortage is due to disruptions in the supply chains internationally, says Logan, the senior economist at the National Association of Home Builders.

Appliances, especially dishwashers and refrigerators, have become scarcer. Builders are seeing waits of up to six weeks to get them. Many appliances for the U.S. market are assembled in Mexico. Shutdowns occurred significantly later in Mexico than the U.S., Logan says. As existing inventory has run low, supply has yet to catch up.

When will the shortages end and prices return to normal? It’s tough to say, especially with so much uncertainty surrounding the pandemic. Whether things return to normal will likely depend on two factors, Logan says.

The first is whether or not home construction levels off heading into winter, as is typical. The second is whether production at lumber mills and manufacturers of other materials in short supply continues at the pace it has. If demand eases and supply catches up, there’s a good chance things will stabilize, Logan says.

“Sometime early in the new year you could see a semblance of normalcy,” he says. “That’s the hope.”