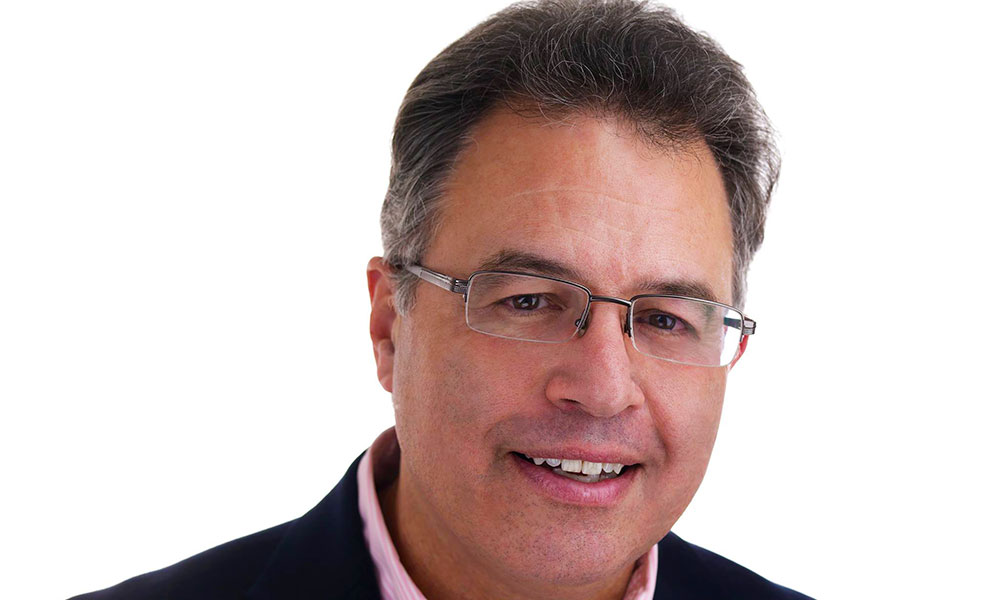 Before striking out on his own, Steve Chirello worked at PR managar at Syracuse University, Miller Brewing Co., among other places.

Founded in 1996, the business is still going strong today with additional clients and more products

“Believe it or not, 2021 marks 25 years since I started Chirello Advertising,” Steve Chirello mused.

He recently ruminated about how it all got started.

“I interned for three summers at Ed Vayner & Associates in Fulton while I was a college student and found that I really enjoyed coming up with creative ideas for radio scripts and newspaper ads for some of his clients,” Chirello said.

He was studying journalism at the time. The experience really helped shape what he ultimately wanted to do, he added.

“I worked for Ed Vayner for about three years and interned with him while I was in college. So he kind of gave me my introduction to advertising and marketing,” Chirello said. “I loved the creative process. I thought some day I’d like to do it myself.”

So, in April 1996, he started Steve Chirello Advertising after a career in a variety of large and small business entities.

“I sent out 100 letters to people I knew and I had a pretty good response. Things just kind of built from there,” he said. “When you first start a business, of course, it’s challenging because you don’t have any real accounts yet. I love helping solve marketing challenges. No two days are the same here. Every marketing solution is unique and exciting in its own way.”

He said he relied on his “visibility and recognition” to get started. He was still well-known in Central New York from his visibility as the public relations manager for the Miller Brewing Company in Fulton and as the director of community relations for Syracuse University.

“I was very out front in the community for many years. So, it was logical that I build my brand as a marketing agency on my reputation and deep community involvement from those previous positions,” he explained.

“I just relied on myself for money. I was fortunate that my wife worked for the school district and I didn’t have to provide my own health insurance; that helped a lot. She supported me, particularly the first five years or so while I was building the business and grow what was in the pipeline,” he said.

“It wasn’t simple. It wasn’t easy. But, it’s been very rewarding and I can’t believe it’s been 25 years,” he added. “There were a couple of times where the economy took a downturn. Suddenly, accounts that you had that had been considering projects decided they want to hold off for a while. That makes it more challenging for you to find other avenues to use your talents, skills and your services.”

Making It Through the Tough Times

“At times, I did some freelance work as a writer. I was fortunate that even through the rough times I had enough to sustain me. I’m really fortunate to have had some of my clients for more than 10 years. Eastern Shore Associates I have had, I think, for at least 20. And Burritt Motors, I’ve had a chance to work with both Chris Burritt and now Rich Burritt.

“It’s neat seeing a business grow and being a part of that,” he said.

He said he was “very, very fortunate to have some very good mentors.”

“Ed taught me about thinking outside the box and trying new ideas. I tried to absorb as much as I could from him,” he said. “I also had a really good boss, Al Jensen, my very first job out of college. He really pushed me. He was the guy who said, ‘no this copy isn’t good enough.’ I’d give him an idea and he’d say, ‘give me five more.’ He’d send me on assignments for things that I thought I’d never have a chance to do.”

One in particular stands out.

“I was 21 or 22 and he sent me up to Maine to interview people at the extreme northern part of Maine where they spoke French! It was a thrilling assignment. I could only fly so far. Then I had to rent a car to drive the last 40 miles up to where I had to interview these people. The thing that really cracked me up was the car that they gave me for the rental was a white Monte Carlo, brand new, with a red interior. I looked like some city slicker driving up there. It wasn’t low-profile,” he recalled. “The people were wonderful. I just wish my French had been better. The article came out great. Al Jensen was one of those guys who were blustery and stormy. He pushed you but you knew he had a heart of gold and had your best interest at heart. I learned a lot.”

Teaching the Next Generation

Chirello has had a dozen or so interns.

“They all have been very talented people. One invited me to her wedding a couple years ago. I was really honored to be asked because I only knew her as a student when she was interning. Now she and her husband own a bed and breakfast and just had their first child. It’s amazing,” he said.

He keeps up with some other former interns via social media.

“It’s wonderful seeing them establish their lives and be successful and think back to how much fun it was to work with them when they were here. Social media has been great for that — you get to see their milestones.  It’s nice to stay in touch that way. They’ve all been wonderful,” he said.

“One of the things I told the interns and the students in the class I taught up at SUNY Oswego — I’d tell them make sure you fully appreciate the value of what you can offer. Just because you’re good at something doesn’t mean it comes cheap. A lot of times [someone] might say, ‘oh, could you design a logo for my business,’ for example. A lot of times, they tend to under-value your skills and what you’re bringing to the table. And, the other thing is keep track of your time. When you’re doing a job, keep track of all your time; it’s all valuable, your time is worth something. Don’t think that just because you’re new that you’re not valuable. Sure you’ve got to gain experience. But, you’re bringing something to the table right now,” he explained.

“I, however, manage my accounts, pitch new business, buy media, handle photography and all proposals,” he added.

Some of the highlights

In addition to acquiring Fulton Savings Bank as a client this year, he has had several milestones in recent years:

• Working with Burritt Motors for two generations (Chris and Rich Burritt) and overseeing promotion of their $2.2 million expansion in 2012, their acquisition of Shapiro Motors and their expansion with a new $10 million Chrysler Dodge Jeep RAM dealership and body shop in 2020.

“It’s also been a joy to teach news writing and a capstone class on branding and design at SUNY Oswego for several years as an adjunct faculty member,” he said. “I’m proud to add that some of my clients have been with me for 10 years or more.”

“I wouldn’t have done anything differently. The business and the marketing environment have changed dramatically over the past 25 years,” he said. “Some of the biggest changes have occurred in what media the public consumes and how targeted it has become. For example, we’ve gone from basically three television networks to hundreds of offerings on cable TV, social media, the internet and streaming services.”

“When we started, we were one of the first agencies to offer PDF files of print ads to local publications, instead of physical ‘reflective’ art that the publication would have to take a picture of it to put into production,” he continued. “It used to be that the agency would have to physically deliver or mail the hard copy of the ad. With PDF files, it’s as simple as an email.”

Chirello has kept pace with, and anticipated changes in the advertising and marketing landscape over the years.

“This is especially true in how much more important research and correct targeting have become across so many platforms and deciding what platforms to use to achieve marketing goals,” he cogitated.