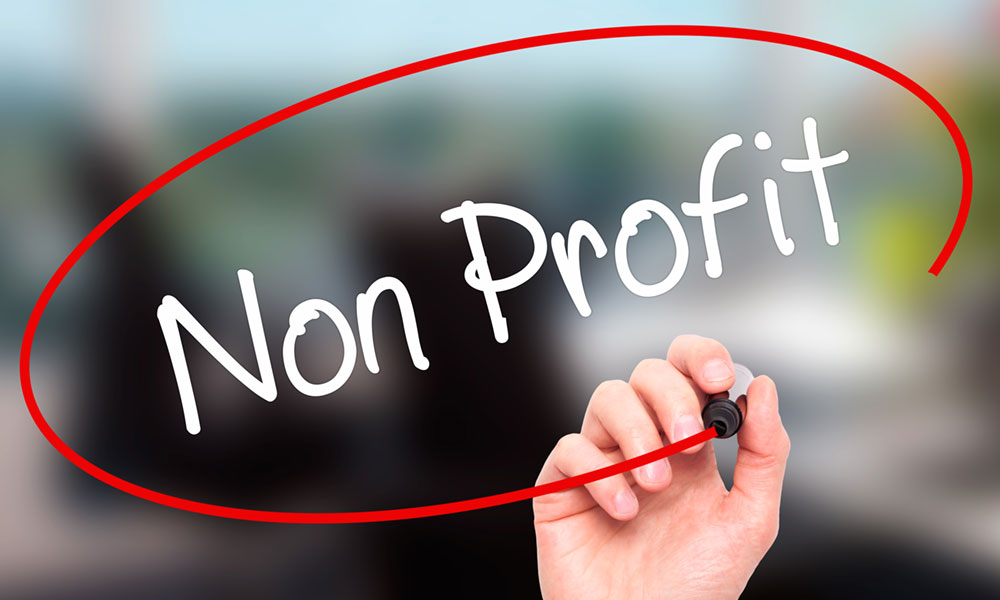 While the pandemic has affected everyone, the plight of nonprofit organizations has been somewhat less noticeable.

Nearly every Central New York nonprofit — from major hospitals and universities, to food pantries and museums — has felt the pressure.

“The nonprofit sector was under and is under completely unprecedented stressors,” says Frank Ridzi, vice president of community investment at the Central New York Community Foundation.

“It’s a really scary storm,” he says. “It’s a much larger gap in funding than we could ever fill.”

Even some of the area’s largest nonprofits have been affected. St. Joseph’s Health and Syracuse University announced layoffs.

New York’s continuing budget crisis crippled many nonprofits that receive significant portions of their revenue from state contracts. The state has long had a reputation for dragging its feet when paying nonprofits, but this year state agencies have delayed payments as the state wrestles with a massive budget shortfall and the uncertainty of federal aid.

ACR Health provides services across Central New York, including syringe exchanges, medical support programs, testing for sexually transmitted diseases and services for LGBTQ youth. The organization relies on government contracts for 90% of its budget and says the state was late paying $1.6 million for a range of services. In July, ACR Health furloughed 70 employees, nearly half its staff, and closed three of its eight offices.

LiteracyCNY became another victim of slow state payments. Before the pandemic, the organization trained volunteers, who helped hundreds of adult students learn to read each year. Because of the pandemic, volunteers were working virtually with less than a hundred students.

After six decades LiteracyCNY announced it would cease operations before the end of the year. It cited $100,000 in outstanding payments from the state — about a third of its budget — as one of the reasons.

Even nonprofits with diverse revenue streams have struggled. The Rescue Mission operates a chain of Thrifty Shopper stores that brings in more than 60% of its revenue. But the stores were forced to close in spring.

“From a financial level one of the bigger problems was the closing of our stores,” says Tori Shires, chief development officer. “When you suddenly shut down the Thrifty Shopper stores for three months you find yourself in quite a predicament.”

In March the Rescue Mission, which runs a homeless shelter and meal program, laid off 285 employees. The layoffs included staff from its thrift stores as well as nonprogram staff. The Rescue Mission continued operations and later put its employees back on the payroll thanks to a $2 million PPP loan. Over the summer, it reduced its staff by 21 positions.

The Rescue Mission has since reopened its thrift stores and began selling some items online to supplement store revenue. Though they were forced to cancel several of their larger annual fundraisers, some have gone forward and donations have remained steady. The PPP loan as well as support from the Central New York Community Foundation and other foundations has helped the Rescue Mission “get over the financial hump,” Shires says.

Aside from financial challenges, Shires says the Rescue Mission, like other nonprofits, has had to learn how to adapt to serving clients.

“The first challenge is how to provide great service and safe service to all of the people that we serve on the program side of things,” she says.

The Rescue Mission runs a 183-bed dorm-style homeless shelter, the largest in the region, and Shires says they wanted to make sure they did everything possible to safeguard the health of clients, staff and volunteers. Staff separated beds and began checking clients daily for symptoms. Anyone who shows symptoms is sent to be tested immediately. Shires says they have only had minimal cases of COVID-19, which she says is a testament to the diligence of the staff and the rigorous cleaning procedures that have been instituted.

Serving meals to those in need also required changes. Shires says they wanted to keep community members coming in for meals from infecting shelter clients and vice versa. In November they expanded dining hours at their food service building: community members eat the first hour and shelter residents eat the second hour.

“It’s the nature of nonprofits to adapt,” says Betsy Copps, senior director of operations for Oswego County Opportunities (OCO). “We have to do that all the time with changing community needs, changing economic climate, and shifting of funding.”

While nonprofits are accustomed to adapting, Copps says it was unlike anything OCO had experienced before and the organization was forced to write a new playbook as it went.

OCO is the community action agency for Oswego County, administering more than 50 human services programs and employing hundreds of staff. In mid-March OCO began working to equip as many staff as possible to work remotely.

“We were fortunate because we never really closed,” Copps says.

A few programs did close and there were a few layoffs, Copps says, but OCO’s diversity of programs and funding sources proved to be a strength.

Some programs were reimagined. Head Start staff put together packages to drop off to families so children could do activities at home. In several facilities for adults with disabilities, the staff couldn’t come and go due to  concerns about infection. So OCO temporarily repurposed transit drivers to handle pickup and delivery of essential supplies like groceries and hygiene items.

“It was an interesting, exciting time for us to see how we could come together and work toward mitigating a crisis,” Copps says.

OCO’s operations aren’t back to normal yet. Some staff still work remotely and meetings are held via video conference. And there are Plexiglas barriers and more space between desks in offices now, which is especially challenging. In human services making a human connection is vital, so it’s been challenging adapting to barriers and distance, Copps says. In-person outreach remains very limited, though social media interaction shot up 400% earlier this year as staff used it to connect with clients.

The museum was forced to close in mid-March, but managed to reopen at the start of July, in time for the summer season, which provides most of the museum’s earned income. The museum had to develop a plan outlining its health and safety procedures. Masks are required and staff and volunteers have their temperature checked every day. The building is also cleaned daily.

Most events — Oswego Paddlefest, history lectures and boat building seminars — have been canceled, but Niess says the museum was able to adapt and go forward with its annual boat tours to Oswego’s West Pierhead Lighthouse, which raise money for the museum. And the annual Christmas at Sea open house will still happen, albeit with social distancing.

The museum also developed a new pandemic friendly program for families called the Canal to Shore Challenge. A booklet highlights 23 historic sites along the Oswego Canal and Lake Ontario. Participants visit each one, take a selfie with museum mascot Sailor Sam, and upload the photos. Finishers receive a custom patch from the museum. Niess says the program is part of an effort to allow people to learn about the area’s maritime heritage whether or not they physically visit the museum.

When the pandemic hit earlier this year, the Central New York Community Foundation found itself in an unusual situation. With vast resources and reach, the foundation typically invested significant time and effort identifying large community problems — childhood lead poisoning in Syracuse, for example — and then spearheading solutions with community partners.

“As this hit, we saw this was a much bigger crisis than we could solve on our own,” Ridzi says. “We had to figure out what our role would be.”

After conferring with community partners, the foundation created the COVID-19 Community Support Fund and seeded it with $300,000. The idea was that other funders would contribute to one pot of money and the foundation and its partners would move quickly to make grants where they were needed most. This was a significant departure from the norm; traditionally each foundation has its own application systems, grant processes and timelines.

Foundation staff divided funding into three categories. The first was immediate human needs, such as making sure food pantries had enough food and providing diapers to parents. The second included health-related items like PPE for health care workers and first responders. The third focused on efforts to help nonprofits adapt to the new environment. This included help moving staff to work remotely or meet with clients virtually. It also included efforts to ensure critical care workers had childcare and children and schools were able to adapt by providing new learning materials.

“We look at trends over the years and that’s how we decide what to respond to,” Ridzi says. “But this was lightning speed. We were responding to immediate need.”

The foundation remains in solid financial shape, Ridzi says, because its emphasis on long-term planning allows it to increase funding in times of crisis, such as during the 2008 recession. He says this year the board approved more funding and delayed as many projects as possible to divert money to emergency needs.

As the pandemic has continued, the foundation has tried to help nonprofits that have been struggling to stay afloat. The goal is to help them adjust in an orderly fashion rather than suddenly collapse, Ridzi says.

Despite the pressures, many nonprofits expressed confidence that they would ultimately weather the pandemic. Copps says the sacrifices staff have made has been heartening and that the whole experience will make OCO a stronger organization in the future.

Shires noted that the Rescue Mission had survived hard times before, including recessions, depressions, wars and the 1918 pandemic.

“We’re going to survive through this one too,” she says. “We are very confident we will be here going forward.”

Pandemic: The Toll on Higher Education