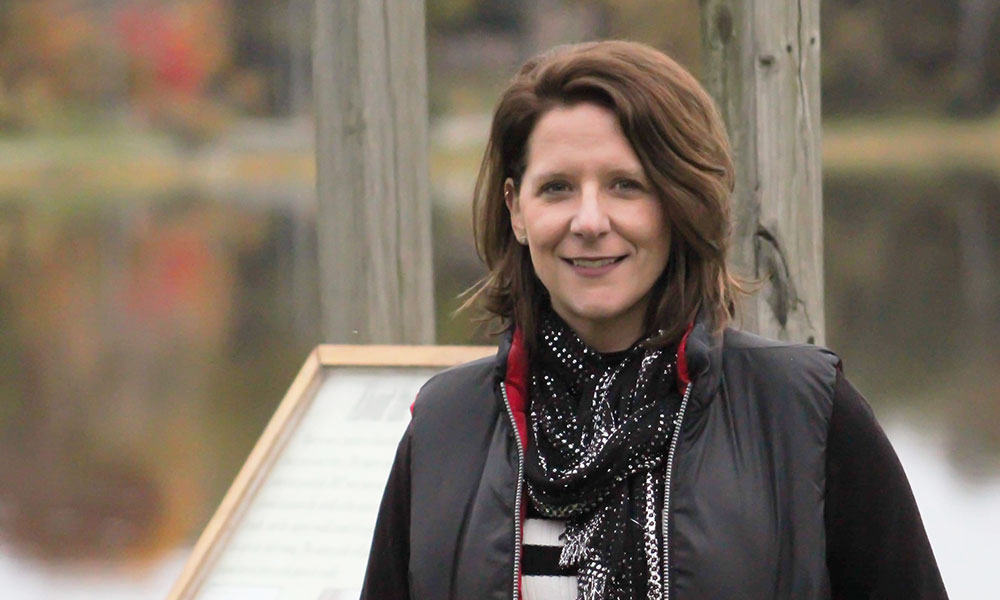 Michaels is the second woman ever to serve as mayor of Fulton. The first one was Muriel Allerton, who served two terms, starting in 1988. Allerton died at age 93 in July 2013. Photo provided.

New era in Fulton as Deana Michaels steps in as mayor

You never completely know what to expect as a parent talking to a college-aged son.

“The reason I ran for office is because of my son, Geoff,” she said.

She was talking to him during the early phases of his college career, and he said. “Mom, I don’t have any reason to move back to Fulton when I graduate.”

“As a mother, I sat there and said, ‘that’s not OK. That’s never OK. A mother wants to know that her kids are there and want to be home,” she said.

During the discussion, Michaels made it a point to highlight all of the things that were good about Fulton, but also touched on the tough issues, such as potholes in the road, a lack of things to do for people her son’s age, and whether or not he would be able to find a job locally.

“He looked at me and said, ‘Mom, this all sounds great, but unless you are willing to do something about it, nothing is ever going to change,’” she said.

Michaels walked away from that conversation but just couldn’t shake it.

“It was weighing on my mind. He challenged me,” she said.

She characterizes herself as being driven and once she sets her mind to something, she is going to see it through.

“I’m very goal-oriented and I’m very competitive. I like to be challenged and I welcome constructive feedback. I know I’m not always going to always get it right, but having the opportunity to learn is such a blessing,” she said.

She got with her son a short time later and said, “Geoff, you’re right. I have to do something about this, and I’m going to run for mayor of Fulton.”

“He laughed at me at first and said, ‘Yeah, right.’ I said, No, you’re right. I can’t just sit on the sidelines,” she said. “If I’m going to talk to you about this, I want to give you reason to move back. I have to give other families and children a reason to choose Fulton as well.”

That discussion served as her immediate spark to enter the political arena.

“That’s what a lot of my life has been ever since I had children. I want to make them proud and give them a reason to live a great life,” she said.

Ironically, Geoff recently graduated from the SUNY College of Environmental Science and Forestry as a bio-process engineer. After applying for 102 jobs across the country, he got two offers: one from Huhtamaki in Fulton and the other from Attis Industries in Volney, formerly known as Sunoco Biofuels.

After interning at Attis Industries during college, he was hired as a bioprocess engineer there. He also travels throughout Central New York refereeing basketball games.

“He said to me he’s not moving back here after college, and now he’s working at Attis,” Michaels noted.

SUNY ESF and Attis, intent on creating a “green campus” at the Riverview Business Park, have formed a working partnership.

Geoff was recently asked to serve on the advisory council for the bioprocess engineering department at SUNY ESF.

Her youngest, Ryan, attended Fulton schools through the 10th grade. He then earned a scholarship to attend Berkshire School in Sheffield, Mass.

At 6’7”, he is an avid basketball player and competes across the country.

He will be graduating in May, and will set his sights on becoming an engineer while playing basketball in college.

The tall genes run on both sides of the family, and Michaels is 5’9” herself.

When Michaels says she is competitive, she means it.

Michaels (R-C) won the mayoral race after garnering nearly 55% of the vote in the recent November election.

She defeated her closest challenger by more than 23%.

“I got into this to win, because I want the community to win,” she said.

Michaels said her team ran a “very positive campaign” from day one as it marched toward the mayoral seat.

“That’s what Fulton deserved,” she said.

“It’s been a long year of campaigning, but we stayed the course,” said Michaels, noting she surrounded herself with experts whom she trusted and showed support for her goals.

She said the keys to running a successful campaign involved having a strong work ethic, as well as family and campaign team support system.

Michaels also made it a point to establish guidelines early on in terms of how she wanted to run her campaign.

“We set the goals and vision and stayed focused on them, and that really made a difference,” she said. “We did that early on.”

Michaels ran on the Republican and Conservative lines. While she did sway toward being an independent earlier in her life, she selected the GOP primarily because it aligned with her values and goals.

Her allegiance to the Conservative Party “makes sense,” she said, largely because of her focus on spending money wisely and making good financial decisions.

Among Michaels’ immediate goals as mayor will be to fully analyze all departments to find where the city can be more efficient and effective.

“We will continue to deliver a level of transparency that keeps the community engaged and informed,” said Michaels, noting her team will be looking to enhance the city’s web and social media presence to deliver these results.

Regarding the recently acquired $10 million Downtown Revitalization Initiative, the mayor-elect said there is a lot of work to be done in determining what projects will come to fruition.

Michaels said she is looking forward to working with the local planning committee and community members to determine which projects will enhance downtown.

“We will work to make city hall more business friendly to ensure we get repeat business and work with our existing business community to ensure they have the support they need to thrive in our community,” she said.

She also cited her high level of community involvement as one of the reasons why she won over the hearts of city voters.

Michaels noted she has a solid network of people with whom she has built strong relationships with over the years.

“I’m not afraid to demand a seat at the table and a voice in the conversation,” she said. “I will fight for our city and make sure Fulton is not forgotten. We will do what we need to do in order to put Fulton back on the map and make sure people are paying attention.”

“Quality of life is certainly an area where we need to focus on,” Michaels said.

She said nearly 20,000 motorists pass through the city every day, while approximately $27 million is coming into the county to support tourism initiatives.

“What are we doing to capture that and to get those passersby to stop here and spend money?” she asked. “We have to give them reasons.”

“If you look at what our neighbors are doing, they have activities all year around for people to participate in, and I think we need to think along those same lines,” she added.

“We need to do things like bring ethnic festivals into the city and look at different holiday opportunities, such as what Oswego did during Halloween with its ‘Creepy Crawl’,” she said.

For Michaels, that is how the community is going to win.

“You have to surround yourself with people who have energy, passion, drive and ideas. You can’t think what we always did is going to work. Let’s think differently, and if we do that, opportunities will abound,” she added.