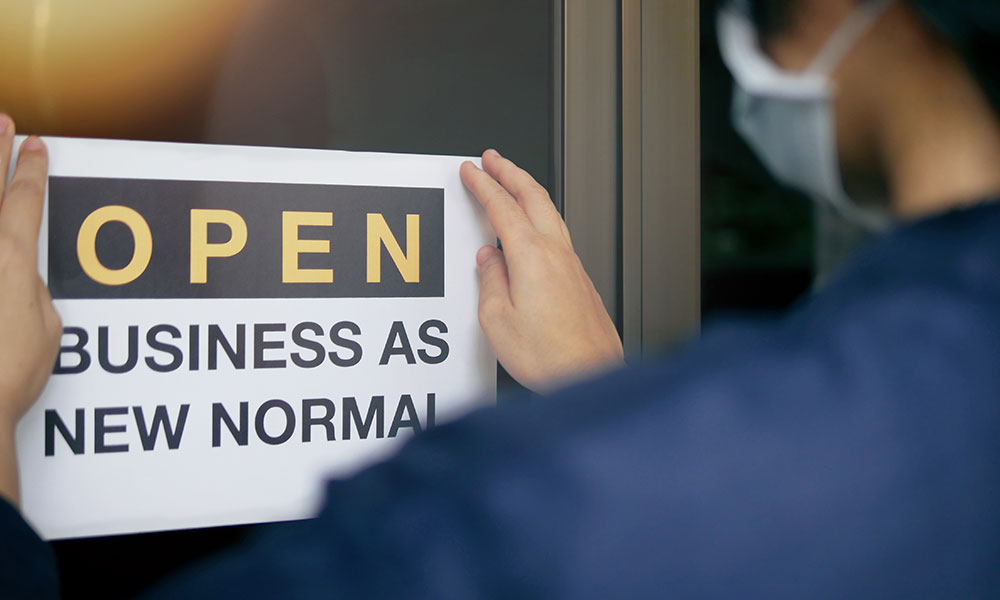 Businesses are taking a variety of approaches to ensure health and safety for their workers and much uncertainty exists regarding employers’ obligations and employees’ rights as the economy reopens after the COVID-19 shutdowns.

Steven Abraham, a human resources professor at SUNY Oswego’s School of Business, said the issue of whether employers have a responsibility to provide a safe and healthful workplace is a complicated one.

“But to my knowledge, an individual does not have a right to bring a private lawsuit to enforce OSHA’s provisions,” said Abraham, noting the Occupational Safety and Health Administration is required to enforce the law.

Also, the administration has not come out with regulations under the act relating specifically to COVID-19 and employers’ obligations, Abraham said.

Similarly, The Centers for Disease Control & Prevention has come out with extensive guidelines for employers, but those guidelines are not enforceable, he added.

“Most importantly, I am aware of nothing in U.S. employment law that would give employees the right to file a lawsuit if the employer did not provide a safe workplace,” he noted.

With the reopening of the economy, Abraham spoke to the legal workplace issues that are most concerning.

“One concern is that I don’t see anything stopping an employer from stating that an employee is ‘essential’ and therefore must come back to work, and then firing the employee who refuses to do so,” he said. “There are very few limitations on the ability of employers to fire employees for no reason at all in the U.S.”

New York joins the rest of the nation as an at-will state, meaning that workers are considered “at-will” employees. This means that an employee can be fired without warning at any time for any reason or no reason at all, according to the New York state Attorney General’s office.

However, there are some reasons for termination that are illegal under federal and state law. For example, the majority of employees is subject to anti-discrimination laws and cannot be fired based on certain protected characteristics, such as gender, race, religion, age, disability, national origin and sexual orientation.

“So if an employee demands not to work until the employer provides a safe workplace and the employer says, ‘OK, you’re fired,” the employee can do nothing about it,” Abraham said.

Abraham said this problem is especially grave now because with unemployment being so high, an employer has little to fear in discharging employees because there are many employees waiting to take the vacancy that becomes created.

Another concern, Abraham said, is employees have little recourse if they contract the virus because the employer has not done a sufficient job providing a safe workplace.

Still another concern relates to the “safety net” in this country, Abraham said.

“We see how many people lost their jobs already as a result of this pandemic. But the unemployment insurance system in this country is extremely weak and provides very little in the way of protection for employees,” he said. “And most employers are not required to provide severance.”

Abraham agrees with some analysts who say COVID-19 has revealed how flimsy the social safety net is in the country.

Meanwhile, analysts say workers of color and women — generally the workers who are deemed essential — bear the brunt of the coronavirus crisis.

“That has a lot to do with the economic system in this country, and the history of how minorities have been treated,” he said. “Over time, due to the history of our country, African-Americans and other minorities often find themselves in poorly paid, risky and unpleasant positions.

“And the risk of the virus is worse for those workers.”

Similarly, Abraham said if it’s true that a disproportionate number of minority workers are being deemed “essential,” they are the ones being forced to go back to work.

“Hence, the risk will be that much worse,” he added.

Also, he noted minority workers are often likely to be the first employees laid off because if layoffs are done by seniority, and African-Americans and other minorities typically have the least seniority in the workplace, they will be the first to be let go.

Experts say sectoral bargaining, a system of collective bargaining that happens between an entire sector and all workers in that sector, could be helpful in the time of coronavirus.

Sectoral bargaining is a common feature of European countries but U.S. labor law was founded under a different model, Abraham said.

“The U.S. system of labor relations was founded in 1935, when the workplace was very different from what it is today,” he said. “Under sectoral bargaining, however, all of the employers in a given industry sit down with the unions representing the employees in that industry — often the government is involved as well — and terms and conditions of employment are agreed upon for the entire industry.”

Under the current model of U.S. labor law, however, that cannot happen because the individual workplace is where organizing takes place.

“The advantage of sectoral bargaining is that it enables wages and other costs to be taken ‘out of competition,’” Abraham said.

“So as far as the current pandemic is concerned, an entire industry could implement a set of provisions benefiting the employees in that industry without each employer having to worry about competing with other employers,” he said.

“But in order for this to happen, the entire system of U.S. labor law would have to change, and that’s not likely to happen quickly, if ever,” he said.

Abraham received his bachelor’s degree from Cornell University, his law degree from NYU School of Law, and his Ph.D. from the University of Wisconsin at Madison.