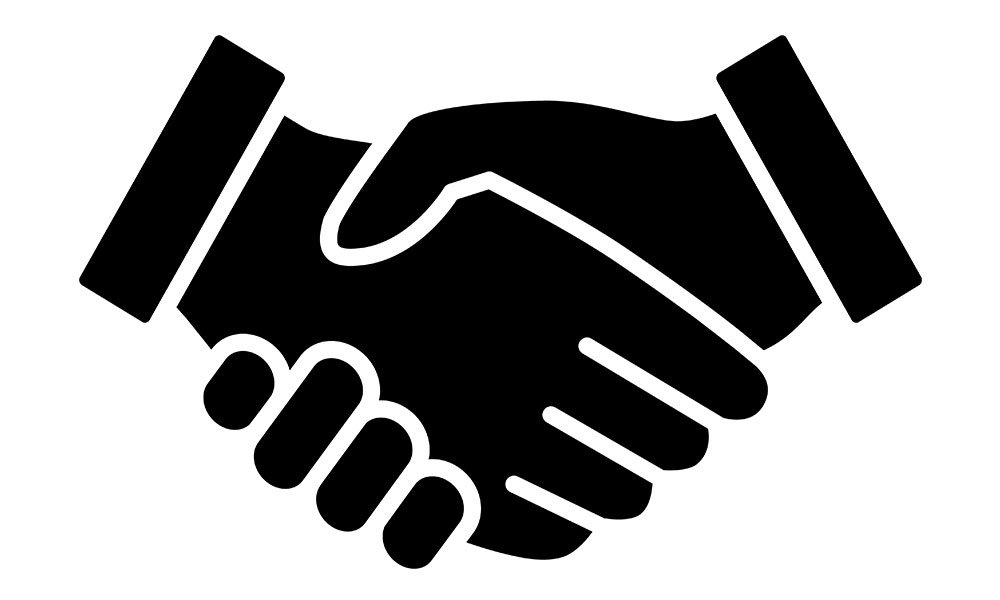 It may be on hiatus for the pandemic, but experts say rumors of the handshake’s demise are greatly exaggerated

The loss of the handshake in social interactions can be jarring. Meetings with doctors, lawyers and other professionals end without it. Job interviews begin and end without it. 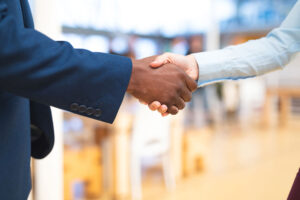 After months of trying to adjust, Michael Burdick still finds himself apologizing when he meets someone new. His faux pas? Trying to shake their hand.

“I have the hardest time not shaking hands,” says Burdick, a sales manager at FX Caprara in Pulaski. “That’s the first instinct is to reach your hand out.”

In the car business, the handshake has long taken on outsized importance. Never mind that buying a new vehicle nowadays usually means a ream of paperwork. It wasn’t so long ago that car sales were made solely on the basis of a handshake, Burdick says. Sales people and the public still view a handshake as a powerful symbol of trust and respect when making a deal.

With the onset of the coronavirus, however, Burdick and his sales team have been forced to set the handshake aside.

“I don’t think anybody is used to it or over it,” Burdick says.

He’s not alone. As the pandemic began disrupting every aspect of life earlier this year, concerns about infecting others largely sidelined the practice of shaking hands, leaving people stuck in a reoccurring state of awkwardness as they groped for a suitable alternative, and raising questions about whether the ritual of shaking hands will disappear for good.

The loss of the handshake in social interactions can be jarring. Meetings with doctors, lawyers and other professionals end without it. Job interviews begin and end without it. Some toddlers are even learning to adopt gestures other than shaking hands, such as fist or elbow bumping.

And while people have experimented with an array of alternative gestures — elbow and fist bumps, bowing, various forms of hand waving and no-contact high-fives — nothing has seemed to completely stick.

So what makes shaking hands so important in the first place?

Shaking hands has been embedded in Western culture for centuries. The practice dates to the Middle Ages when the value of manners and diplomacy were beginning to be understood more broadly, says Daniel Post Senning, an etiquette expert at The Emily Post Institute, based in Vermont. In an age when people were often well-armed, shaking hands was a way to show your face, communicate peace and friendship, and reassure people you weren’t carrying a weapon up your sleeve.

“The handshake communicated good will and good intentions,” says Senning, who co-hosts “Awesome Etiquette,” a podcast on 21st century etiquette questions. “We’ve retained a lot of the structure of the greeting. It communicates many of the same things even though the conditions around us have changed so dramatically.”

But it’s more than tradition that drives handshakes. They provide the structure and opportunity for people to make physical contact in public and professional settings, Senning says, and opportunities to do so are very rare.

“And so much happens in that physical touch that’s so important to understanding each other and making connections with each other,” he says.

Shaking hands is also one of the quickest and most effective ways to establish a rapport with someone, in part because both people are in vulnerable positions when shaking hands, says Patti Wood, a body language expert. Shaking hands brings both people into close proximity, which offers greater access to body language and facial expression cues.

Wood, author of “Snap: Making the Most of First Impressions, Body Language, and Charisma,” says the power of shaking hands is so great that research has found it takes three hours of continuous interaction to develop the same level of rapport that a handshake can bring.

“There’s very few things that are like that,” Wood says.

Is there a chance the handshake won’t survive the pandemic? Experts believe shaking hands will make a comeback, though it could take years and the gesture might someday cease to be as ubiquitous as it once was.

Both Wood and Senning are recommending their clients avoid shaking hands for the time being due to health and safety concerns.

What do they suggest as an alternative?

Wood suggests substituting a bow for a handshake or Namaste, a Hindu greeting that involves a slight bow with hands pressed together. Such gestures convey friendliness, respect and safety, but can be done from 6 feet away, Wood says, and they create a personal moment that excludes everyone but the two people engaging in the gesture.

Early in the pandemic, Senning says he suggested alternatives such as bumping fists or elbows. As scientists have learned more about the coronavirus and how it spreads, however, Senning has stopped recommending those gestures and turned to a gesture common in the Muslim world. It involves placing your hand over your heart and bowing or nodding slightly. That gesture avoids physical contact, but is still welcoming.

It’s also helpful to compensate for the lack of a handshake by focusing on eye contact and the power of words, Senning says.

“Say the thing explicitly that the gesture was meant to communicate — ‘It’s so good to see you,’” he says. “You want to keep that part of first meetings and introductions.”

Regardless of the replacement gesture, Wood says it’s important is to choose an alternative ritual ahead of time and make sure everyone is aware of it. Such preparation can help reduce the awkwardness and anxiety of starting and ending group video chats, for example.

With shaking hands on hold indefinitely and the public experimenting with new greeting gestures all the time, is there a chance the handshake won’t survive the pandemic? Will it be looked upon by future generations as a quaint, outdated piece of etiquette?

Wood says that shaking hands will make a comeback, though it could take years and the gesture might someday cease to be as ubiquitous as it once was.

“Unless we go down into the pits of horror, which could happen, I think it will come back to a certain amount of the population but will drop off,” Wood says. “There will be a group of people who will never shake hands again.”

Wood points to people who have lost loved ones to COVID-19 as well as younger adults who were raised to frequently use hand sanitizer and who, during the convergence of H1N1 a decade ago, stopped shaking hands temporarily.

Some people, particularly those with very strong personality types, will probably begin shaking hands as soon as it becomes socially acceptable again, Wood says. Others will in all likelihood reserve hand shaking for high-end business and social interactions.

Regardless, the ritual is so powerful in Western culture that its unlikely to disappear any time soon, Senning says.

“I absolutely do think the handshake will return. I don’t think it’s going to fade away like the bow has in the West.