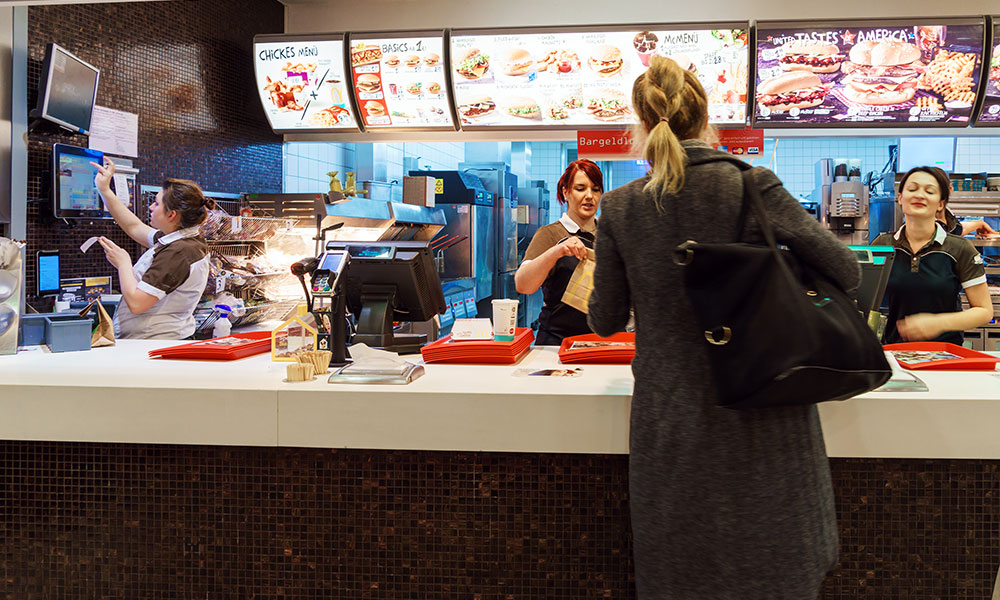 Fast and furious. That describes the growth of fast food options in the city of Oswego this year.

Is this a recurring trend throughout all of Central New York?

Melissa Fleischut, president and CEO of the New York State Restaurant Association, said consumers look for quick meal options that can be eaten off-premises, and they are turning to quick service and fast casual restaurants.

It is an intermediate concept between fast food and casual dining, and normally priced accordingly.

“As many of these chains are beginning to offer a more diverse set of options on their menus to meet the demands of their customers, they have become a more appealing option,” Fleischut said. “We expect to see this trend continue as people seek more convenient options for their busy lifestyles.”

Nationally, the fast food industry is expected to have an annual growth of 2.5% for the next several years.

“All of the projections for the restaurant industry in New York state show that our growth is lagging far behind the national average,” Fleischut said. “But it is fair to say they have continued to be a popular option for customers. With people constantly being on the go, the convenience of grabbing fast food, along with some restaurants offering healthier options than before, they have given customers more of a reason to get their food from them.”

She noted the New York State Restaurant Association has noticed a shift from traditional, sit-down restaurants to fast or fast-casual concepts.

Fleischut spoke to the factors that drive an increase in fast food restaurant options in a given area.

“From what we have seen, the population density of a given area seems to drive the decisions of many fast food chains about where they choose to locate their restaurants,” she said.

For example, and as expected, fast food chains are not as prevalent in rural areas as they are in more urban areas, she noted.

“However, if there is a larger college or university located in a town, you will tend to see a larger cluster of fast food restaurant chains in that area compared to nearby towns,” she noted.

SUNY Oswego is the top employer in Oswego County (1,746) and features more than 8,000 students.

Despite the connotation of fast food equating to unhealthy food choices, they are making a conscious effort to feature more healthier food options.

She noted there are also more restaurants promoting healthy or organic ingredients.

“It’s certainly been successful, as some of the fastest-growing chains in the country have focused on healthy options for diners,” she added.

“There does appear to be more fast-casual dining establishments popping up in New York,” Fleischut said.

These restaurants are able to offer similar speed and efficiency in getting food to their customers as fast food restaurants, while having the feel of a sit-down restaurant, she noted.

“These establishments also tend to emphasize fresh, local ingredients in the meals. It is a trend that appears to be growing and there is certainly a place for both fast and fast-casual concepts in the marketplace,” she said.

Rank of Largest Fast Food Restaurants in the U.S.