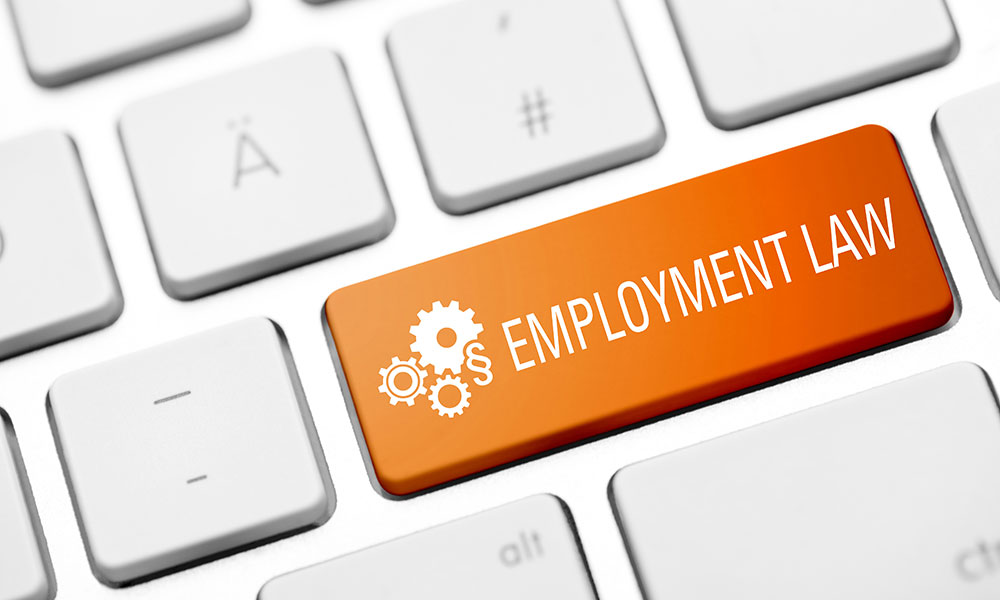 Regardless of what business leaders thought about Donald Trump’s presidency, the former president was very pro-business when it came to employment and labor relations issues. President Biden, however, supports many pieces of legislation that would benefit employees and make it more difficult for businesses to operate. In fact, much of Biden’s presidential campaign was based on arguing that a Biden presidency would benefit employees and unions. Further, with both Houses now being controlled by Democrats, it is quite likely that Biden will be successful in enacting many of the things that he would like to see passed.

• Equal Pay. In the area of equal pay, President Biden has stated his desire to reduce the pay inequality between men and women. In fact, he has promised to sign the Paycheck Fairness Act during his presidency. By way of background, the Equal Pay Act (1963) already requires employers to pay employees of opposite sex equally if they are doing the same or equal work. The Equal Pay Act has an exception, however, that allows an employer to pay male and female employees differently if the employer can show that the difference in pay is based on a “factor other than sex.” The Paycheck Fairness Act, introduced in the House on Jan 21, would eliminate this flexibility, limiting pay disparities between men and women doing equal work to “bona fide objective factors” (e.g., education or experience). The Paycheck Fairness Act would also prohibit employers from preventing their employees from discussing wage information and would require companies to report compensation data correlated to employees’ race, sex, and national origin to the Equal Employment Opportunity Commission (EEOC). If signed, the Paycheck Fairness Act would make it easier for employees to pursue individual and collective/class actions against their employers, alleging wage discrimination on the basis of race, sex and national origin.

• Federal paid family leave. President Biden has expressed support for providing employees with up to 12 weeks of paid family and medical leave. He has indicated that his proposal for paid leave would include provisions similar to those in the Family and Medical Insurance Leave Act (FAMILY Act) which has been introduced in Congress several years in a row.

• Easier proof under the ADEA. President Biden has indicated that he intends to protect older people against age discrimination by making it easier for them to prove that they were victims of age discrimination. Since the Supreme Court’s 2009 decision in Gross v. FML Financial. Services, Inc., plaintiffs alleging discrimination under the federal Age Discrimination in Employment Act have been required to prove that age was the “but-for” cause of the harm they suffered. By contrast, other anti-discrimination laws, such as Title VII, allow a “mixed motive” theory of liability, under which a plaintiff can prevail even if the characteristics protected by the statute are not the only reasons for the employer’s action. Biden would like to eliminate the “but for” requirement under the ADEA as well.

• Overtime rule changes. There is also a possibility that President Biden will ask the Department of Labor to put into effect increases to the minimum salary for overtime exemption. Under a rule passed during the Obama administration, the minimum salary for workers to be exempt from overtime would have doubled from $23,660 to $47,476 and would have increased every three years thereafter (that rule was declared unconstitutional). With support from Congress, it is likely the President will seek to implement similar changes to the overtime laws.

• Addition of “wage theft” provisions to the FLSA. President Biden also is expected to push for measures that would add “wage theft” provisions to the Fair Labor Standards Act (the “Wage Theft Protection Act was enacted in New York state in 2011). The aims of a “wage theft protection” law are to provide transparency to employees concerning their pay.  Essentially, each employee must be given written notice of wage rates including rates of pay, how pay is determined, the regular payday, the employer’s principal place of doing business, etc. The amendments also would require employers to publicize notices of wage violations, would require employers to provide detailed pay statements, and would expand the penalties for willful instances of wage theft, record falsification, or retaliation.

• Elimination of mandatory pre-dispute arbitration. President Biden also would like to see the Forced Arbitration Injustice Repeal Act passed. This law, which has already passed the House, would invalidate pre-dispute arbitration agreements in the employment, civil rights, consumer and antitrust contexts, and would require employers to allow employees, consumers, etc. to litigate their disputes in court.

• Elimination of class-action waivers. In a 2018 decision in “Epic Systems v. Lewis,” the Supreme Court expressly upheld class and collective action waivers in the employment context. Employers utilizing such waivers can currently require employees of resolve mandate their claims on an individual basis in an arbitration proceeding, thereby minimizing their exposure to potential class-wide liability. Notwithstanding the decision in “Epic Systems,” President Biden has stated that he would sign legislation prohibiting employers from utilizing such waivers.

• Secretary of Labor. As part of his presidential campaign, President Biden appealed to labor unions and unionized employees for their support. He pledged to be an extremely pro-union president. The first step that he took to make good on his promise was by nominating Boston Mayor Marty Walsh to be the next secretary of labor. Before becoming mayor of Boston in 2013, Walsh held a number of union positions in building trades unions in Boston. He clearly has a pro-union agenda and the support of unions throughout the country. Walsh’s nomination was approved by the Senate committee on Health, Education, Labor, and Pensions on Feb. 11 and he was  later confirmed by the Senate.

• Pro-worker/union legislation. President Biden also has promised to sign the Protecting the Right to Organize (PRO) Act, which passed the House in February 2020 but stalled in the Senate. If enacted, the PRO Act would provide for sweeping changes to the National Labor Relations Act, with the goal of enhancing the ability of unions to organize employees. It would impose financial penalties against employers for interfering with union’ organizing efforts, require mediation in first contract negotiations if a contract is not reached within 90 days, prohibit employers from holding mandatory meetings with their employees, including “captive audience” meetings, and more. While the PRO Act is not likely to pass both houses as currently written, there is a good chance that there will be pro-union amendments enacted to the NLRA during a Biden presidency.

• Increased legal and financial security for unions. President Biden has stated that he would ban state “right to work” laws and allow unions to collect dues from all workers who benefit from union representation, regardless of union membership. While the PRO Act would aim to supersede “right to work” laws by allowing employers and unions to bargain for contract provisions that require all workers to pay a “fair share” of the costs of union representation, Biden has said that he would go even further and repeal the provisions of the Taft Hartley Act that allow states to enact “right to work” laws. Additionally, if the NLRB contains a majority of members appointed by the President, it could reverse recent precedent holding that employers are not obligated to adhere to dues-check-off provisions following the expiration of a collective bargaining agreement.

• A pro-labor board. The National Labor Relations Board (NLRB) is comprised of five members, all of whom are appointed by the President for five-year terms (subject to Senate approval). One NLRB seat is vacant already and another will be vacated by a Republican in August 2021. Therefore, the President will be able to secure a Democratic majority on the board quite soon. In addition, upon taking office, President Biden soon discharged Peter Robb from his position ad NLRB general counsel and replaced Robb with Peter Sung Oh. The NLRB general counsel exerts significant influence over the NLRB regions’ prosecutorial priorities and agenda. This change makes it much more likely that the NLRB will pursue vigorously complaints by unions that employers have violated labor law.

As I discussed in the August-September 2020 issue of this magazine, the NLRB appointed mostly by President Trump issued a number of significant, pro-employer decisions in the area of union-management relations. All of these decisions could be reversed once President Biden appoints a majority of the board’s members.

As the preceding discussion shows, the Biden administration has a very pro employee and pro-union agenda. While Biden alone cannot carry out much of his agenda, he already has done as much as he can through his appointments, etc. In addition, with both houses being controlled by the Democratic Party, there is a good chance that more of his agenda will be realized within the next two years.

Q & A with James D’Agostino