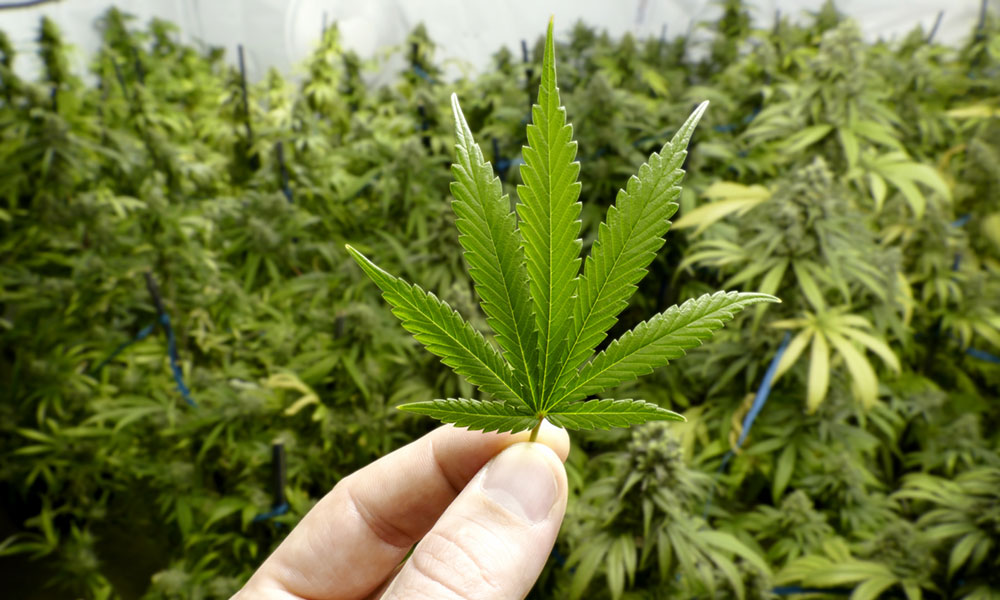 Production of hemp has grown 10-fold in a year, becoming one of the state’s top 10 specialty crops. 500 farmers in NYS growing plant

Hemp is growing in Central New York — in more ways than one.

Since passage of the 2014 Farm Bill, nine farmers have been approved to grow hemp in Oswego, Onondaga, Cayuga and Wayne counties.

About 500 farmers statewide currently grow hemp and it has become one of the state’s top 10 specialty crops.

Hemp’s many uses range from fiber to animal feed to human health supplement. Hemp may prove an effective means of saving struggling family farms, as long as farmers have a market for its use.

“The industry has increased 10-fold in a year,” said Dale Weed, president of Pure Functional Foods in Savannah, Wayne County. He is both raising and processing hemp.

Ray Namie, hemp consultant for Pure Functional Foods, believes that producing hemp could prevent many small farms from going under, as it could offer an additional revenue stream. Pure Functional Foods wants to contract with farmers to buy their hemp biomass by providing seeds for farmers who would plant their acres in hemp.

“It is a risky venture,” he said of growing hemp, because of the learning curve in growing a crop new to most people growing it now and also because of the plant’s temperamental nature. But the 75-year-old said that he’s excited about the potential for hemp in New York.

Despite its drawbacks, the crop has sparked so much interest that this year’s Empire Farm Days, held Aug. 7-8, hosted its first-ever Hemp Center with hemp information available, along with representatives of processors and growers.

Since 2017, the horticulture program has been researching a variety of hemp cultivars for industrial use. Professor Smart said that in addition to growing healthier crops, it’s important that the hemp contains less than 0.3% THC by dry weight so it remains legal. THC is the naturally occurring compound in cannabis family plants that causes hallucinogenic effects. Most hemp cultivars don’t contain high levels of THC like marijuana; however, some may contain just enough to bump the level over the permitted amount. That’s what happened to Smart last summer with his test plot in Geneva, making his the only one in the state that required destruction after it failed the mandated test by an agent from the Department of Agriculture and Markets.

Smart said that the test plot Cornell grew was very stressed in its wet field. When the plants become stressed, their THC level tends to spike, which could mean a farm would lose thousands of dollars. Each hemp seed costs $1.

Hemp brings with a few other caveats. Smart said that it’s rather fussy about soil type, for example.

“It will grow only on our very best soil,” he said at the presentation.

It tends to need well-drained soil and lots of nitrogen and potassium, which means growers may need to heavily amend their soil.

Farmers can receive the most for their hemp if it’s used for cannabidiol, or CBD, a dietary supplement. When grown for this purpose, it must be harvested by hand, which adds a lot of overhead for farmers.

Seeds can also present more risk, since “it’s a young industry and people will sell you seed not well tested,” Smart said.

Mixed cultivars may mature at different times, which can complicate harvest. Hemp also needs weeding and pruning to avoid fungal infections. Workers must also carefully remove male plants. If male plants are mixed with female plants, they go to seed and do not produce the flower bud necessary for CBD.

Aside from growers’ ability to raise hemp, the industry also needs sufficient infrastructure to use hemp. Weed, the president of Pure Functional Foods, wants to use CBD in foods his company processes; however, it hasn’t been approved for that use yet.

The use of hemp for fiber interests John Timmerman, founder and owner of jeans producer Jaxon Jovie in Clay. He outsources his manufacturing to Los Angeles because of a lack of clothing manufacturers and raw materials in New York.

“Original Levi’s were made with hemp,” Timmerman said. “It would be great to manufacture everything in New York, if a hemp producer could find a way to make fabric for stretch denim.”

But before Timmerman would be able to incorporate hemp in his athletic-fit jeans, someone would have to grow sufficient hemp varieties suitable for fibers not CBD and process it for this use.

The New York Department of Agriculture and Markets operates the Industrial Hemp Agricultural Research Pilot program and accepts applications for growers who want to join research programs in growing hemp for grain, fiber and CBD. Visit www.agriculture.ny.gov/PI/PIHome.html for more information.