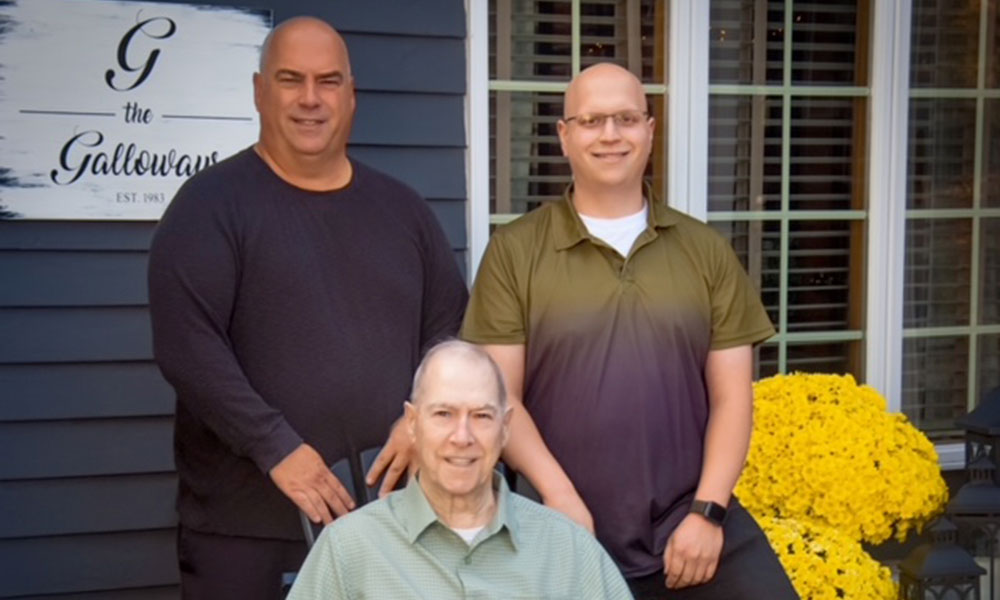 Ryan Galloway, right, joins the business started by Thomas Galloway (seated) and run by his father, Bill Galloway.
Third-generation real estate specialist ramps up role at Century 21 Galloway Realty When Thomas Galloway and his late wife Bridget began independently selling real estate and insurance out of their home in Oswego in the mid-1960s, little did they know their grandson Ryan would be a third-generation real estate sales professional in 2020. Ryan is stepping into a job that both his father Bill and grandfather Tom experienced. In 1994, Bill and his wife Elaine purchased Century 21 Galloway Realty from his father Tom. Bill became the broker-owner and has devoted more than 40 years of his life to real estate. For the third-generation real estate agent, it means more than just a career upgrade. “It feels like I am carrying on the family legacy into a new generation,” he said. “There is a sense of tradition attached to that.” Ryan said there was a time when he and his parents were tentative about the decision. “But now that it’s here, it’s the best decision,” he said. For Bill, seeing his son follow in his career footsteps was something he always wanted, but he made sure it was exactly what Ryan wanted to do. “He worked into it the same