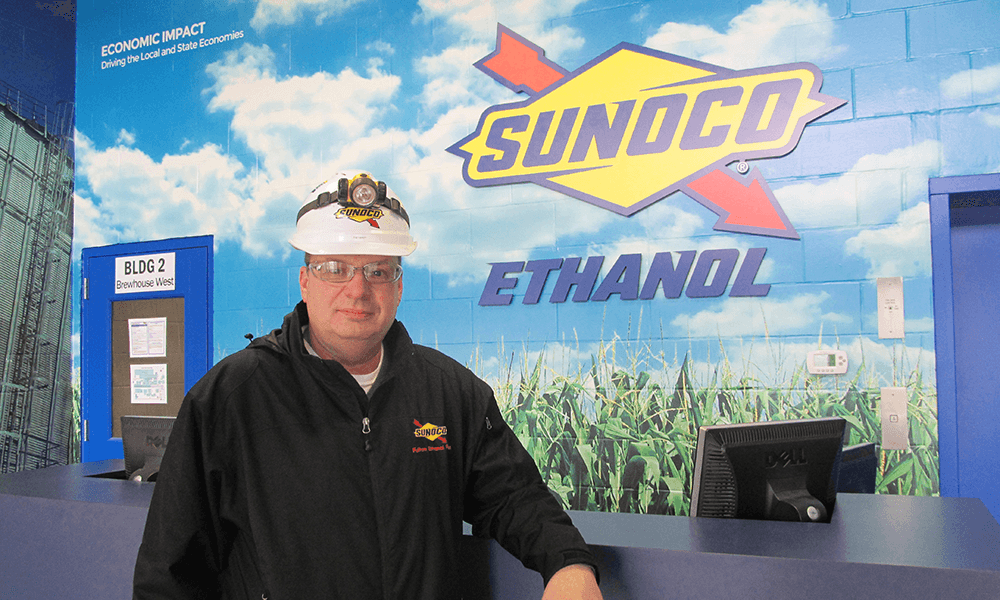 Timothy Hardy, the general manager at Sunoco Fulton Ethanol plant. He and his team will remain at the plant under new ownership.

Attis Industries is a diverse organization with businesses in the health care, medical waste, and environmental technology sectors.

At full production rate, the ethanol facility is able to produce in excess of 85 million gallons of fuel-grade ethanol per year, along with millions of pounds of dried distillers grains and carbon dioxide. It also produces nearly 2 million gallons of corn oil.

The ethanol produced by the Sunoco Fulton ethanol plant is the official fuel of NASCAR.

The plant spans more than 90 acres and boasts one of the largest privately owned rail yards in the Northeast with more than six miles of track.

Total consideration for the transaction is $20 million, according to Sunoco.

As part of the deal, Sunoco will enter into a 10-year ethanol off-take agreement with Attis.

The sale includes the 1886 Malt House, one of the largest craft malting facilities in the United States. Established in 2016, the 40,000-square-foot brew house supplies 60 tons of malt per week, or 2,000 tons of malt annually.

Over the next two years, Attis expects to invest up to $80 million and add up to 100 new skilled jobs in an effort to develop the entire site into the most comprehensive green tech campus for renewable fuels in the country, said Chris Kennedy, vice president of marketing for Attis Innovations, LLC in Milton, Ga.

Kennedy said the ethanol facility is an ideal first step for Attis in achieving its broader goal of being the premier producer of bio-based products in the U.S.

“This facility allows us to immediately produce renewable fuels but also offers us the ability to develop a unique green tech campus where we can produce additional products like bio-plastics, carbon fiber and other types of transportation fuels,” he said.

Kennedy said the facility is in a strong and vibrant community.

“The state of New York is also an ideal location for our business as its forward-thinking policies related to the environment and sustainability afford us tremendous growth opportunities,” he noted.

The change in ownership will not have an impact on operations at either the ethanol facility or malt house.

“We do not anticipate any disruption to operations at either facility,” Kennedy said.

The sale is set to close in about 30 days, according to Erin Tones, manager of marketing and logistics at Sunoco. The transaction is subject to regulatory clearances and customary closing conditions.

For nearly 25 years — 1971 to 1994 — the town of Volney was home to a Miller Brewing Co. plant. The plant sat vacant until 2007 when it was repurposed as an ethanol production facility.

Q & A with James D’Agostino