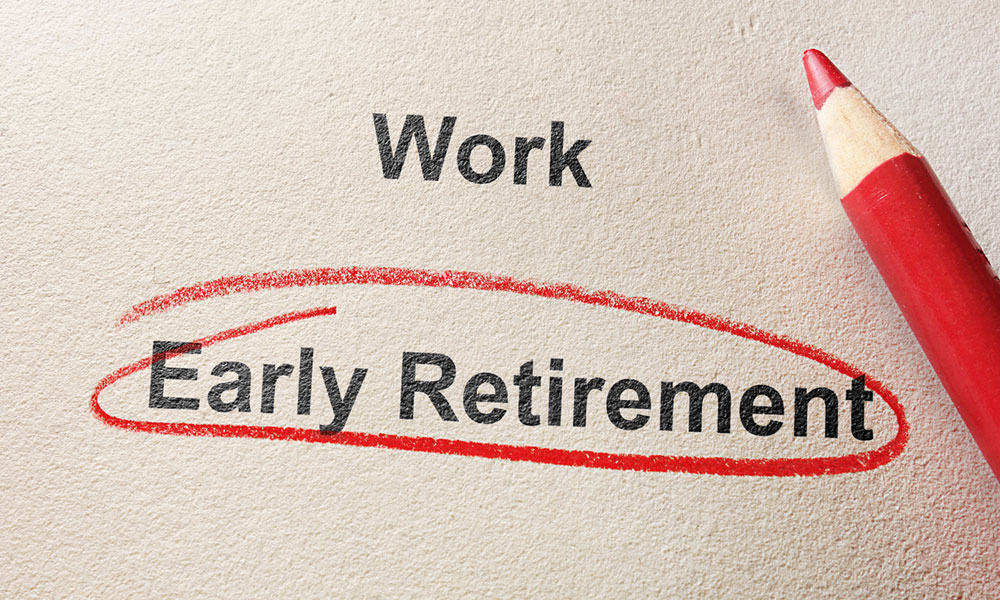 When the Mexico schools ordered its students home in mid-March due to the pandemic and switched to virtual learning, Michael Charbonneau quickly realized he was at a disadvantage.

For years Charbonneau, a high school English teacher, had thrived in his classroom. He relied on raw enthusiasm to keep his students’ interest and fed off their energy. One week he’d have them dissecting a piece of literature. The next they might act out Shakespeare or analyze poetic lyrics of music.

Charbonneau says his teaching style was ill-suited to virtual learning and he struggled with the medium.

“To say that I hated the distance learning is an understatement,” he says. “I stunk at it.”

Charbonneau was eligible to retire, but had wanted to teach at least another year. But with no end to the pandemic in sight and, facing the prospect of returning to virtual teaching in the fall, he reluctantly decided to retire.

Across Central New York veteran teachers who might have otherwise continued working have decided to retire early. Their reasons include reluctance to continue teaching virtually, health concerns and the possibility that layoffs will affect less experienced teachers.

“This was just the straw that broke the camel’s back as far as staying in education,” Christine Jordan says.

Jordan, 56, of Camillus, spent 20 years with the Syracuse schools. She enjoyed teaching, but over the last few years she began considering retirement. She says morale among teachers in the district was sagging and violence became more common.

She worked 12 years as a teaching assistant before teaching English as a second language. She later switched to sixth-grade academic intervention services and then taught social studies for a year.

She says the student population in academic intervention was tough. She had a few situations where students pushed her during scuffles. Last year she went back to being a teaching assistant before deciding whether to retire.

Jordan also has a condition that leaves her with a compromised immune system. She says she was reluctant to continue jeopardizing her health. She also worried that if she didn’t retire, someone else would likely lose their job due to budget cuts.

“If I stayed I would be taking a position away from somebody who probably needs another 10 years before they can have the choice of retiring or not,” she says. “I think it was the best choice to save somebody else from the chopping block and finally take my exit myself.”

‘It was very hard’

Mary Ann DeMar had also been thinking about retirement. DeMar, 54, of Liverpool, spent 34 years teaching. She began her career teaching in Catholic schools, so she didn’t have enough years of service to retire and planned to teach another six years. She worked as a reading teacher in the Fulton schools, then as director of literacy and universal pre-kindergarten before going back into the classroom to teach reading again.

More recently she had become an instructional coach working with teachers at Granby Elementary School. When the school district moved to virtual learning, her job became more challenging and less fulfilling.

And DeMar has lupus; the disease and the treatment for it can weaken the immune system. DeMar says she had taken precautions previously to avoid germs and getting sick through school. But when discussions began about hybrid learning, she says she worried about her health and her effectiveness as a teacher.

“With the COVID I was at high risk,” she says. “I just felt like I couldn’t risk going into a hybrid program if they really thought the COVID was going to last.”

DeMar struggled with the decision to retire. She enjoyed interacting with the children and working with her colleagues. But she had no way of knowing how long the pandemic would last, how long the school would use a hybrid system or when a vaccine might become widely available. She made up her mind in June.

“It was very hard,” DeMar says. “It was a decision that I really didn’t want to make, but decided that for my own health and safety that I needed to do that.”

Waiting for a vaccine

Around the same time, Charbonneau was wrestling with the retirement decision. He wanted to teach one more year. After 33 years, Charbonneau, 56, of Baldwinsville, says he had a great schedule and bright students who enjoyed learning.

But he also knew he didn’t want to spend a whole school year miserable under a virtual learning model that he felt wasn’t right for him. He also reasoned that any layoffs were likely to cost a newer teacher their job if he stayed. He reluctantly put in his retirement paperwork.

Jordan struggled with the decision to retire right until the end. She waited so long to hit the submit button on the computer that the system timed out and she had to start over again.

“You have all those thoughts going through your head,” she says. “As soon as I push that button that 20 years is going to go away.”

When the pandemic subsides and a vaccine is readily available, Jordan says she’d like to continue teaching, perhaps for a parochial school or in another setting.

DeMar also hopes to substitute teach once there’s a vaccine. She says that after retiring she felt awkward over summer, but has enjoyed being outside for the fall weather instead of in a classroom. She and her husband were able to leave their pool open past Labor Day and DeMar says she’s enjoyed having more time for reading and crafts.

She misses the students and socializing with other teachers. But she says her former colleagues have described their struggles with hybrid learning and assured her she made the right choice.

Charbonneau spent the summer golfing, gardening and “taking a deep breath.” He says he and his wife, who retired from teaching a year before him, plan to do some traveling. He also plans to look for a new job, the first time in 33 years. He says he’s considered everything from teaching to Uber or delivery jobs.

As he and the other retired teachers in Central New York begin a new chapter, Charbonneau says he’s feeling a lot of empathy for his students and colleagues and a little bit of guilt.

“As professionals, teachers will figure this out. It’s not going to be ideal, but they’ll figure it out,” he says. “It’s going to be really hard for kids.”

No Workers? No Problem!