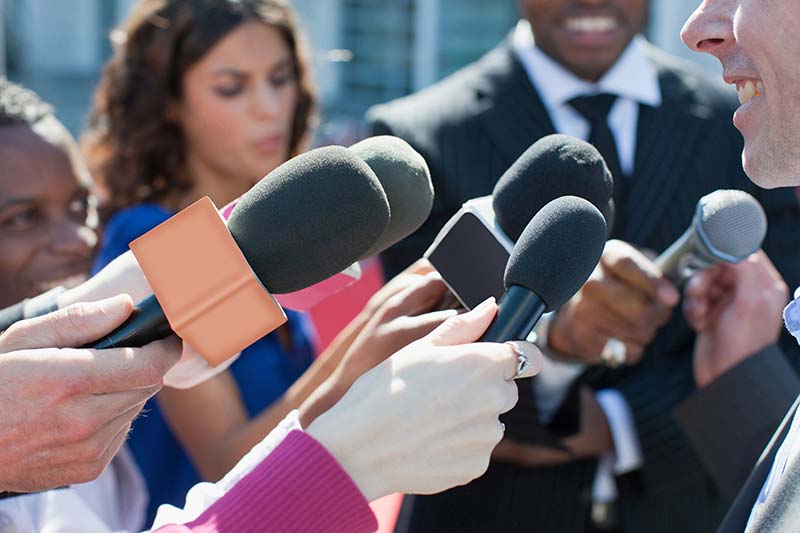 The media must reinvent themselves in the era of Donald Trump. This provocative declaration was made by an opinion columnist recently in The Washington Post.

Being a journalist for more than 61 years, I have clung to the idea that we are nonpartisan dispensers of accurate information. By “nonpartisan” I mean my job was not to take a point of view in a news story. My mission was to, as humanly as possible, relate a story right down the middle, favoring neither friend nor foe.

My goal: Try to give both sides, or if there were more than two sides, then all sides, and let you, the reading public, come to your own conclusion. My job as a dispenser of news was not to lead you to a conclusion by favoring one side over the other. Today, many journalists have a different view of their role.

With former President Donald Trump still a dominant force in the Republican Party, there are many journalists who are being asked to reexamine their approach to news. If information is blatantly false, such as Trump’s insistence that he won the 2020 presidential election, do we keep quoting him because he is an important newsmaker, not to mention that he is a potential presidential candidate in 2024?

Do we journalists have an obligation to tell readers that these comments are bogus or do we let them come to that conclusion on their own after digesting the information provided?

Trump has popularized the term “fake news.” Anything that doesn’t fall into his belief package is promptly labeled “fake news.”

He has also labeled the news media as the “enemy of the people.’’ For me, this comment was a turning point, because 20th century dictators such as Hitler, Stalin and Mao Tse-tung all denounced the press as “enemy of the people.” In so doing, their goal was to relegate the work of the press to “fake news” and create confusion in the public’s mind about what’s real and what isn’t; what and who can be trusted and what and who can’t.

The clamor over “fake news” might lead you to believe that this is something that Trump invented. It’s not. Although it may not have been referred to as “fake news,” we have had similar periods in history when journalistic credibility has come under attack. I am talking about the era of “yellow journalism” and made-up stories that actually contributed to the United States going to war against Spain in 1898.

“Yellow journalism” refers to newspaper accounts that emphasize sensationalism over factual, accurate and balanced reports. As for the origin of the term “yellow journalism,” there are several theories. The real story, though, has to do with the competition between press barons Joseph Pulitzer and William Randolph Hearst over the wildly popular comic strip involving “The Yellow Kid.”

Fake news has come and gone on several occasions during the past 120 years. Pulitzer’s and Hearst’s newspapers tried to outdo each other in reporting crime, scandal and oddball stories. The goal was to create a buzz of sensationalism to entice New Yorkers to buy newspapers. If truth was sacrificed along the way, so be it.

‘My job as a dispenser of news was not to lead you to a conclusion by favoring one side over the other. Today, many journalists have a different view of their role.’

Today, we have a scaled-down version of this going on in the Big Apple between the liberal New York Daily News and the conservative New York Post owned by billionaire Rupert Murdock. Its counterpart on television involves Fox News, also owned by Murdock, and CNN/MSNBC.

There are positive by-products that come from this hyped-up reporting. Corruption and incompetence in government are brought to account, and when these media latch on to a story that catches the public’s fancy, they are bulldog relentless in exploiting it. Some call it “muckraking.”

The accusation that news organizations print sensational stories to “sell newspapers” goes back to those days in the ‘20s and ‘30s when print journalism had the news cycle mostly to itself. Many cities had multiple dailies — Oswego, Syracuse and Rochester among them. Competition was fierce, and the competing dailies lashed out at each other, often printing unfounded rumors about the competitor. In major cities, lurid headlines reached out for newsstand readers’ pennies.

The “trial of the century” involved the kidnapping and killing of the infant son of famed aviator Charles and Anne Morrow Lindbergh at their secluded Hunterdon County, New Jersey, estate in 1932. Suspect Bruno Richard Hauptmann, a German immigrant and suspected Nazi sympathizer, was convicted in the media before a jury was chosen. Anti-German fervor was building in the United States as the Nazis and Hitler came to power leading to World War II. Many today believe Hauptmann, who was executed in 1935 in the electric chair at Trenton, was framed by the New Jersey State Police.

Nearly 60 years later, there was another “trial of the century,” involving football and media star O.J. Simpson, who was accused of murdering his former wife, Nicole Brown Simpson, and her friend, Ronald Goldman. In a stunning decision that stoked the racial passions of the nation, a jury found Simpson not guilty of the criminal charges despite what appeared to be overwhelming evidence to the contrary.

A civil court jury found for the families of Brown-Simpson and Goldman and ordered Simpson to pay $33.5 million in damages, nearly all of it still unpaid. Simpson has been in the media crosshairs ever since those killings in 1994.

He was later charged and convicted of armed robbery and other offenses in a bungled Las Vegas incident where he reportedly tried to reclaim sports memorabilia items he said were stolen from him. He was paroled in 2017 after serving nearly eight years in prison. Today, he operates his own podcast and makes some select public appearances while claiming that he is still looking for his ex-wife’s killer.

Democracy thrives on open public discourse. Part of this debate involves emotions and passionate arguments. Information will be disputed or interpreted in different ways, often for partisan reasons. In the end, however, for our system of democracy to work effectively, there needs to be an agreement of what generally is true.

Can climate change, for example, continue to be relegated to a conspiracy theory when the science has become indisputable? Can many continue to doubt the outcome of the 2020 presidential election in the face of irrefutable evidence to the contrary?

Social media have come into their own, giving just about everyone a platform and a megaphone. In the deluge of information that comes from these sources, most of the readers are left to their own devices to determine what is true.

When issues such as nuclear energy are too complex, too many news consumers are willing to have someone form opinions for them rather than research the pros and cons for themselves.

Big media companies, which are measuring journalists’ productivity these days by the number of clicks or views their stories are getting online, are inadvertently inviting trivialized reporting on pop culture subjects rather than prime-time issues and sensationalizing information along the way. Just as in the era of yellow journalism, this reliance on sensationalism and dishonesty becomes a business strategy.

Outsized profits have always been an alluring temptress, but in the news business, the public trust must be the ultimate consideration. The profits are a means to an end. A strong news organization can do better work if it is financed well. When it comes to a choice between profits and serving the public’s best interests, however, the choice should be obvious; too often, it is not.

Unfortunately, when there is a fixation on the bottom line to the exclusion of their responsibilities to the public to provide fair, accurate and balanced information, the media may be inclined to sow the seeds of fake news, and our democratic principles suffer. A study showed that the public blames the news media for much of the country’s ills. The Washington Post-University of Maryland survey showed that 49% of those sampled blame the news media “a lot,” 39% blame them “some,” and just 11% do not blame them at all.

The study concluded that what is under threat is nothing less than “independent reporting that provides information, investigation, analysis, and knowledge.”

Many believe that our democratic institutions are under attack and that we are at a crossroads when it comes to whether we trust the media to tell us the truth. In the end, each of us must ask ourselves: Do we want the truth, or do we want only our version of the truth, which may or may not be the truth at all?

In the 1950s, U.S. Sen. Joseph McCarthy, R-Wisconsin, destroyed many careers by making unfounded accusations of their being Communist sympathizers. It was thanks to newscaster and commentator Edward R. Murrow who took on McCarthy and exposed him for what he was.

Today, the closest we have to that type of forceful personality is former Washington Post reporter Bob Woodward of Watergate fame, who has written several brilliant exposes of Donald Trump and his administration, but will it have the impact of Murrow’s handling of the red-baiting Joe McCarthy?