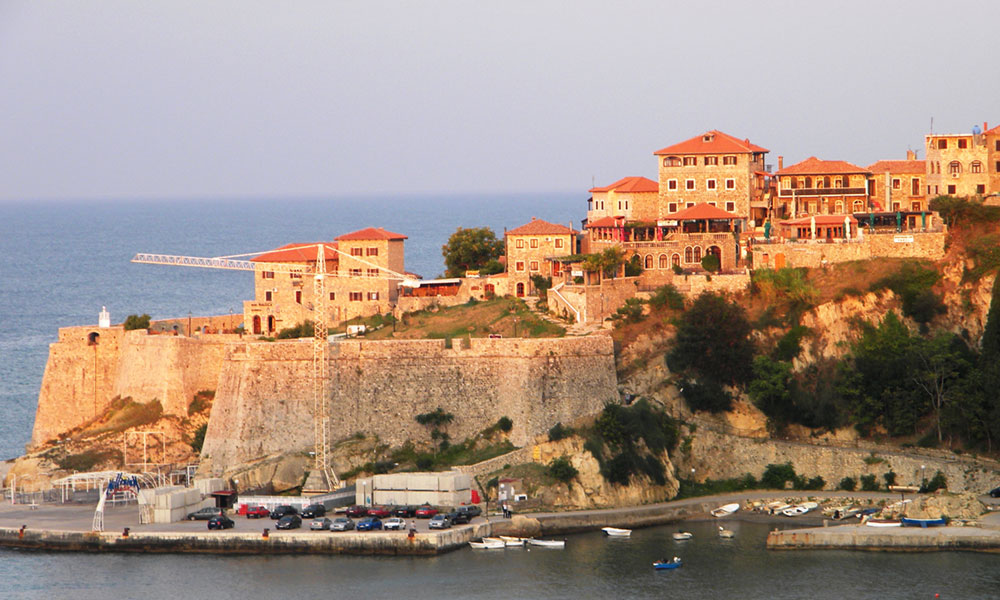 The town of Ulcinj, where the majority of the population is of Albanian descent, is a world heritage site founded in the 5th century BC, making it one of the oldest settlements on the Adriatic Coast.

Once part of Yugoslavia, this Balkan country may be small, about the size of Connecticut, but it has an amazing diversity of scenery

Most people can’t find Montenegro on a map but this country is an excellent destination for those looking for beaches, adventure and history.

Montenegro, which means “Black Mountain,” is a Balkan country that shares a border with Croatia, Bosnia-Herzegovina, Serbia and the Adriatic Sea.

Once part of Yugoslavia, it may be small, about the size of Connecticut, but it has an amazing diversity of scenery from the clear waters of the sea to rugged mountains, including the Tara River Canyon that is over 4000 feet deep.

Along Montenegro’s 150-mile coastline there are historic port cities, fishing villages and beaches.

The Mediterranean climate means the summers are long, warm and dry, with calm winds. Many cultures have crossed paths in Montenegro which is evidenced by the country’s food, music, architecture and religions.

One can get the feel of Albania and the East in the beautiful town of Ulcinj, where the majority of the population is of Albanian descent as evidenced by the kebab stands, lively music and elegant minarets from the many mosques. The town, a world heritage site, was founded in the 5th century BC making it one of the oldest settlements on the Adriatic coast. The walled old town sits high on a promontory overlooking the sea and beach.

The quaint town of Kotor may be on the Adriatic but it is actually a river valley that opens to the sea. It provided shelter to sailors from the time of the ancient Greeks to when the former Yugoslavia used it as a military base. A14th-century Venetian fortification surrounds the town that has cobblestone streets closed to traffic and lined with cozy hotels, restaurants and shops. It is a UNESCO world heritage site.

With a mile-long sandy beach, Becici is a popular beach destination. Some sections are private, some are reserved for hotel guests, and the rest is available to everyone. It is a Blue Flag beach meaning it gets high marks for cleanliness. The area caters to tourist with hotels in all categories, plenty of restaurants, and a variety of water activities.

Not far from Becici is Budva, another UNESCO world heritage site. Budva is known for its beaches and nightlife but the most interesting part is the historic, well-preserved, medieval Stari Grad (old town) with narrow cobblestone streets. There are many shops, restaurants, and the 9th century Church of Santa Maria.

While most visitors are interested in the area along the Adriatic, visitors looking for adventure should head inland to Durmitor National Park to hike, raft, observe the wild life or just relish the beauty of the area. It is home to the deepest canyon in Europe.

Most visitors arriving by air will land in Podgorica, the capital and largest city. Before heading on to other places in Montenegro, check out the old town with a clock tower built by the Turks a century ago and visit the pink Petrovic Palace, which now houses Modern Arts Museum.

From Podgorica there are buses to all the tourist destinations, including Ostrog Monastery, the country’s most holy site carved into the vertical mountainside offering a panoramic view of the countryside.

Visitors should try the local food found in restaurants and sold as street food. Try to find a place where local music is being played or sung.

There are accommodations in all categories, including what has been called “Europe’ most luxurious hotel,” the island resort of Sveti Stefan. U.S. citizens need only a valid passport.

The official currency of Montenegro is the Euro. Credit cards are widely accepted throughout the country.