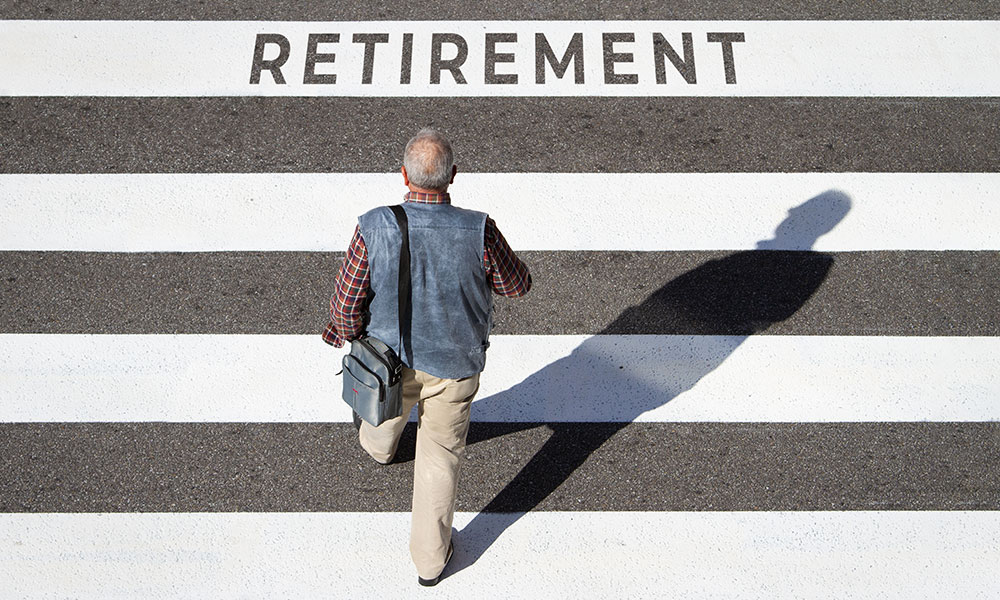 Department of Labor reports 40% of people over 55 are working or looking for work; 16% are unincorporated self-employed

Your parents’ generation (or grandparents’ generation, depending upon your age) retired in their 60s from a single career track to move to Florida, go on cruises, volunteer or some other mix of personal past times.

More than half of people at retirement age keep working at their job or retire and return their noses to the grindstone through consulting, shifting to a different career, or launching their own business.

According to the Department of Labor, 40% of people 55 and older are working or looking for work and an additional 16% are unincorporated self-employed people. The reason they continue working varies.

They report they need more money, feel bored out of a job or they want to accomplish more.

“The last generation had expectations of income production resulting from Social Security and in many cases defined benefit plans, where the employer deposits to retirement, but the employee contributed nothing,” said Trygve Stout, MBA with Stout Financial Network, LLC, in Oswego.

As Social Security and defined benefit plans have withered, continuing to work is a necessity for many people.

Some 60-plussers lacked adequate financial planning to prepare them sufficiently for retirement. Stout added that they may have exceeded their income in retirement because of poor planning.

With greater life expectancies now than when they began their careers, some people find that they are in danger of outliving their money.

Gary Lim, owner of Aurarius, LLC, in Manlius, has been self-employed for more than 20 years. He likes the idea of knowing he has fulfilling work for the rest of his life.

“Retirement is not a word that fits in my vocabulary,” Lim said.

But he realizes that is not the case for many people.

“I know plenty of people who have worked at a company for decades,” Lim said. “When they reach the retirement point, they take retirement and go on to something else. Some can’t wait to go on to do what they want.”

But eventually, many of these feel discontent just sitting around and search for work or find a way to make money that feels fulfilling to them.

“It gives you direction, whether it’s what you set or what your employer sets,” Lim said. “If there’s no direction, in some cases, that ends up being hazardous to one’s health. There are examples of longtime employees that decided to do nothing afterwards. Some of them end up passing away fairly soon.”

“I’ve had a couple friends retire and I don’t like how some of them are, to be honest,” he said. “They stay up late, sleep longer and take an afternoon nap. They’re less active.”

He encourages people to continue working and making themselves useful in some fashion.

Randy L. Zeigler, certified financial planner for Ameriprise Financial Services, LLC in Oswego, has observed retired clients go back to work because they cannot find anything else they want to do. Some of these return to work part-time.

“It’s in a less demanding and stressful position than before they retired,” Zeigler said. “Many people also still retire and never look back.”

Many people have developed friendships at work and feel disconnected not going to work anymore. While they can always make some new retired friends, they share little in common with them compared with longtime work associates.

Zeigler encourages people to plan for retirement early — and not just financially. While it is important to set aside enough money, what you want to do is important to plan also.

“It is much better to begin planning at earlier ages for this later stage in life, which may actually become a major life stage — even 20 or 30 years in length,” he said.

Meeting with a financial adviser and maxing out the employee benefit plan are important steps for financial preparation.

Ziegler also encourages people planning retirement to consider how they will challenge their intellect, create fulfilling relationships, pursue hobbies and volunteer during retirement.

Before You Go On Your Own

1. Is the income needed for retirement secured through pension, Social Security or personal assets?

2. If not, will the new career provide enough income to compensate for the shortfall?

3. Have you met with a financial adviser to evaluate that your financial assumptions are realistic?

4. How many others will be affected by the decision?

5. How crowded is the field you are choosing?

6. How long do you anticipate working in the new career? Is it worth the transition?

7. Is this an experiment or a definite career choice?

The Nurse Will See You Now…