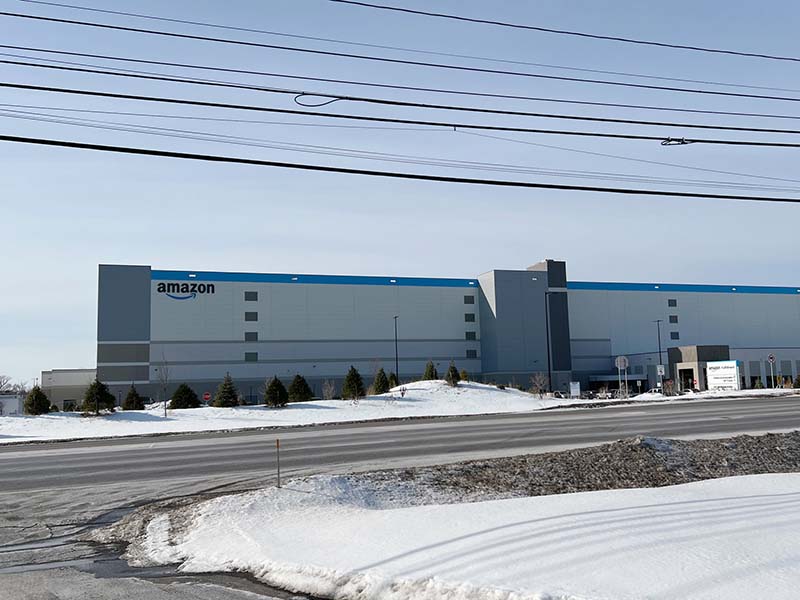 Syracuse will receive $10 million in funding as one of the Central New York region winners of the fifth round of the Downtown Revitalization Initiative (DRI).

Syracuse’s DRI will focus on the Southwest Gateway District. With an influx of younger residents, the Salt City seeks to expand its downtown to the south and west of the Central Business District into an urban, walkable part of the city.

“We have been supportive of that application from the time that it started and I certainly believe that we’ll have a role on the local planning committee going forward. I don’t know exactly when that will be but, we’ll be involved,” said Rob Simpson, president and CEO of CenterState CEO in Syracuse.

CenterState CEO is “an independent and forward thinking economic development strategist, business leadership organization and chamber of commerce; dedicated to the success of its members and the prosperity of the region.”

It’s a process the folks in Syracuse are really excited about, Simpson said, adding that the first of the DRI awards will go into one of the adjacent neighborhoods.

“The Downtown Revitalization Initiative has been integral to transforming urban cores in cities across New York state. I thank Gov. Hochul and the Regional Economic Development Council for selecting the city of Syracuse as a 2022 recipient. This award will help the city and our community and business development partners transform the Southwest Gateway to downtown,” Syracuse Mayor Ben Walsh said.

“It’s exciting to see some of the momentum move from our center cities out into some of the more distressed neighborhoods that are in need of investment,” Simpson said. “Actually, our pipeline of development opportunities and projects right now is really robust. I’d say it’s one of the most robust pipelines in the region.”

‘There are some other big projects that will have huge ramifications for Central New York and the Oswego County communities that we are enthusiastic about.’

Rob Simpson, president and CEO of
CenterState CEO in Syracuse

“We’re very bullish and optimistic on what 2022 is going to hold. We just completed our economic forecast with our members. The overall tone of the feedback that we’ve got is positive. People are expecting a great deal of economic recovery post-COVID,” he continued. “Certainly there remain some uncertainties with exactly what the continuation of the pandemic will mean for business; will we have more shutdowns or slowdowns, will consumers have the confidence to go out and spend in the way that we hope they would.”

But they are not expecting anything like the return to the economic pain that was felt during the first couple of months of the pandemic, he added.
“In fact, most people that we’ve talked to are expecting that the economy is going to continue to improve and they are planning accordingly. They are planning to make investments, to hire, they’re planning to do new things in their business to take advantage of that growth that they are anticipating,” Simpson said.

“Yes, I think that’s generally true the benefits of the economic recovery aren’t being felt universally across all facets of the industry. We know that in particular food service and retail operations and hospitality are continuing to feel more pain than let’s say manufacturing or high-tech where operations have mostly returned to normal pretty much,” he said. “The economic recovery is uneven, but it is definitely happening. The latest unemployment numbers are just another good example of that. People are returning to the labor force.”

There are still too many people on the sidelines; especially women who have disproportionately borne the burden of exiting the labor force as a result of the pandemic, he noted. That creates some long-term problems for employers who are trying to fill jobs.

“There’s no doubt that the economic recovery is real and accelerating,” according to Simpson.

There are a lot of projects to be enthusiastic about.

“We’re always looking at large scale investments. Investments like what has been talked about and is happening out at Novelis,” he said. “There are some other big projects that will have huge ramifications for Central New York and the Oswego County communities that we are enthusiastic about.”
They are also tracking a number of large-scale, high-tech manufacturing projects that are being driven by some of the policy changes that are being discussed in Washington. High-tech manufacturing and things like chips and 5G and electronic components, for example.

“We believe that Central New York is going to be a large beneficiary of those policy changes that are occurring in Washington,” Simpson said. “We think we have all the assets. We certainly have the real estate, we’ve got the capable workforce and we’ve got incredible power assets in places like Oswego with power generators. We think we can leverage those into some great opportunities, win-wins for the Central New York region.”

The Amazon warehouse is supposed to be opening soon.

“That is something that we are all excited about. We’re excited to reap the employment benefits from that as well, especially where that project is located. We know there certainly is going to be a significant number of folks, particularly from southern Oswego County, that are going to be in a great position to just commute down 10 miles or so to the Clay facility to work. Amazon is always looking at investments. They absolutely continue to look at other investments around Central New York,” Simpson said.

“One thing I’ll point to …I’ve been around doing this kind of work for almost 20 years now … I’m really proud of how well all our communities and local stakeholders are working together,” Simpson said. “Historically, there have been times where parts of our region, even within the business community, local elected officials, there were a lot of dissent and disagreement. It seemed like our local officials couldn’t work together.

“Now, with the mayor in Oswego, the Syracuse mayor and the [Onondaga] county executive there just seems to be a much higher degree of collaboration and cooperation. As a result, I think we’re being more successful at achieving the goals that we set out to achieve.”

“I know from first-hand experience that when we talk to a company, we’ve gotten feedback recently about how well our communities seem to work together, about how different it is in other places that they go where they sometimes run into jurisdictional fights between stakeholders,” Simpson said. “That doesn’t really happen here any more. That’s a significant competitive edge for us in an environment where businesses more than anything are looking for certainty. They want predictability and they want their life to be made easier not harder when working with the local partners.”

Simpson believes these partnerships are going to continue.

“I have no reason to believe that they won’t. For now the partners are working well together. It is imperative to all of us in Central New York to push and get as much done as we possibly can. I’m really upbeat and optimistic. I think 2022 has the potential to be a sort of hallmark year for Central New York. If you look around the region, many of the fundamental parts of our economic strategy are starting to be borne out,” he said.
How do we revitalize the places that most symbolize our community, our downtowns?

“You can look at Fulton and Oswego that won the DRI and what’s happening now in downtown Syracuse, Auburn and now in Oneida,” Simpson explained. “You’re seeing some of our communities around the region; they are growing, people are living there again, new businesses are opening up, there are new retail opportunities, new restaurants. The level of vitality is coming back to our region that was lost over a period of maybe 30, 40 or 50 years.

“That sense of vibrancy brings with it a sense of pride which manifests itself in our communities in so many different ways.

There are some new companies that are starting up that are worth a billion dollars. It was unheard of 15, 20 years ago.

Nowadays, we’re seeing these types of successes multiple times a year. Outside investment is coming in. Those are the building blocks of a successful long-term economic strategy. Across Central New York we’re seeing them play out.”

Featured image: The Amazon warehouse on Morgan Road in Clay is expected to be operational within months.