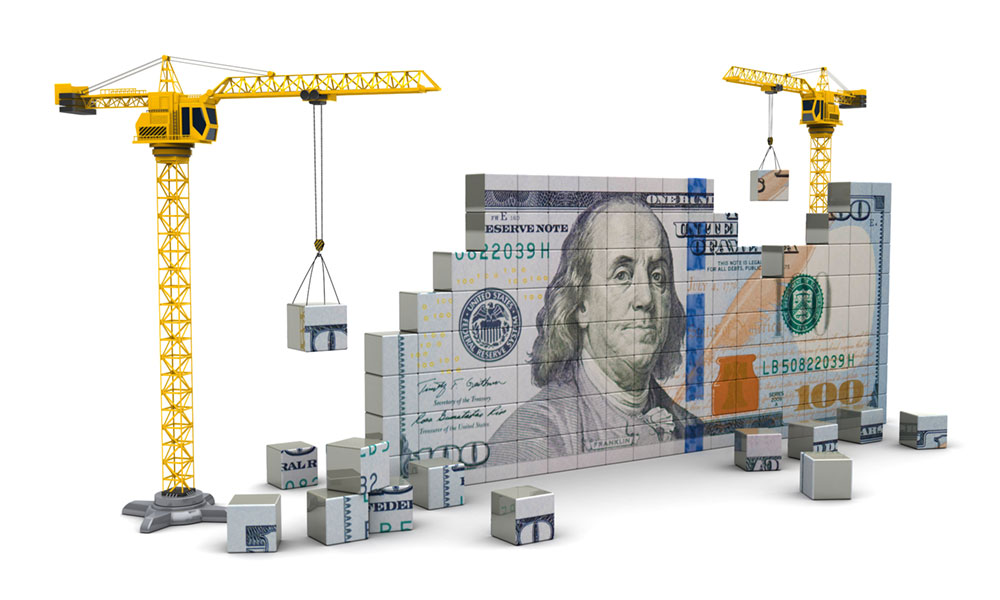 Stop the bleeding. New York lost more people than any other state in the nation for the second year in a row in 2019, according to federal estimates.

U.S. Census Bureau data shows New York with an estimated population of 19.5 million people as of July 1, 2019, making it the fourth largest state in the country. But the data showed the state’s population dropped 76,790 over the prior year, far more than the 51,250 lost by second-place Illinois.

Upstate New York as a whole continues to lag behind the national average gross domestic product.

GDP is the monetary value of all finished goods and services made within a region during a specific period.

“The trend of lagging continues, and the explanation for it involves the lack of population growth,” Keith said. “It’s critical in a service-based economy to have more people to serve in terms of health, education and retail. With our flat-to-down population, which certainly includes Oswego County, it has a big impact.”

Upstate New York’s economy continued a long run of stagnancy in 2019, with “dim prospects” for improvement in the near future, according to regional economists from the Federal Reserve Bank of New York.

They note there is a significant difference in job growth Upstate versus downstate and nationally.

“I wouldn’t be that dire,” he said. “We still have significant economic might relative to others in the country.”

He said the problem is lack of growth.

“My biggest fear is what if we created a job, and there was no one there to fill it?”

“From an output perspective, we still do quite well, even though it’s a small industrial base,” said Keith, noting Upstate New York would be the 13th largest state if a break with downstate did occur.

“It’s a growth story that all boils down to population trends,” he said.

Keith said this pattern has occurred for decades. He said the outmigration of baby boomers and a hollowing out of the state’s workforce continues this cycle.

The economist said the key issue today involves those mid-career folks aged 35 to 55 who are seeking greener pastures.

“That’s where the population loss is occurring, even more so than with baby boomers and older people,” he added.

Keith noted this detracts from the labor pool while stunting activity for service businesses.

“It’s been a 50-year storm. We have transitioned from an industrial economy to a service-based economy, which has a dramatic impact on worker skills and how they align with what employers’ needs are,” he noted. “It’s difficult when you have individuals that have been in one industry transitioning to another.”

Keith used the analogy of remediating a brown field.

Keith said the entire Northeast has to adjust to “what’s happening on the ground and hope to get more entrepreneurial growth that would reverse that trend.”

“That’s what we are in the process of now,” he said.

These are not seasonally adjusted numbers, which means Oswego County’s numbers are more like 5.1%.

“Whether the figure is seasonally adjusted or not, that is historically near our low point regardless of what number you use,” he said. “That is a difficult labor market for employers that are looking to add employees.”

Keith said M&T does a survey twice a year of Upstate New York companies, and results indicate that about one out of three are hiring but are still having trouble finding applicants.

This is being experienced at a national level as well, where average unemployment numbers have hovered in the 3.5% range.

“It’s a difficult commodity to find,” he said.

This, of course, impacts businesses that are poised to expand.

“I talked to a lot of construction companies, and they would love to be able to build fast, but they can’t find enough people,” said Keith, noting he is hearing the same from other industries as well.

In terms of projections for 2020, Keith said to expect unemployment numbers to stay the same barring any change in the national outlook.

“2020 will be a lot like the past year, or perhaps slower because of uncertainty” caused by it being an election year, and global issues involving trade and Middle East turmoil, he noted.

The positive side of the low unemployment figures is that it is keeping consumer spending on a roll.

He said consumer spending typically drives 70% of activity in the economy.

“Low unemployment is a boon to that if it stays in the current range,” he said. “We don’t see anything that will disrupt that.”

“However, where is the next new employee going to come from, and what are we doing to have access to a labor pool?” he asked.

The lack of a sufficient workforce may delay companies in terms of new hires and could also force an expanding company to look out of state, he noted.

“The biggest positive we have is people have money in their pockets and are going to spend it,” he said.

However, Keith noted the region is doing “a much better job of retaining younger adults. They are taking advantage of some of the older workers leaving he playing field.”

“One of the things that has been beneficial for employers and productivity is being able to hire people with newly acquired skills,” he noted. “In the early part of their careers, they tend to be cheaper, so labor costs get a boost by offsetting the more expensive with the less expensive.”

“The old story was the ‘brain drain.’ As soon as you minted somebody from a college or university, they were off to somewhere else,” he said.

Despite more millennials staying put, the “brain drain” will always exist on some level, Keith said.

“We draw many young people to our higher education institutions. We import all those folks, but don’t keep them all,” he said. “You try to focus on homegrown students to some degree, and maybe get some of the transplants to stick around.”

Keith said the number of millennials staying put is growing in many parts of Upstate New York and Central New York.

“This is a natural demographic change that we haven’t seen in a long time,” he added.

“We’re seeing some actual growth in that group, which bodes well for down the road,” he said. “However, the issue has always been that somebody is leaving to offset that growth.”

“It’s in one door and out the next, and we don’t get any benefit from it,” he added.

Reinvesting in small urban areas — such as the cities of Oswego and Fulton in Oswego County — has been beneficial throughout Upstate New York, Keith noted.

Both Oswego and Fulton are parlaying $10 million in state Downtown Revitalization Initiative funding into downtown improvements.

“Many of our underinvested cities are starting to make a comeback. That has a lot to do with keeping and attracting younger workers that want that kind of environment” as opposed to suburbia, he said.

Keith said one of the longstanding problems Upstate has had is under-investing in cities in smaller urban areas.

“That is being addressed, maybe not as quickly as we hope, but it’s making a difference and I think we have to keep doing it,” he said.

Keith said these types of upgrades don’t have to be expensive.

“Putting up nice new awnings and just making an area look more tidy goes a long way. Having the opportunity to perhaps have dinner out at a new place that was formerly an older building goes a long way,” he said.

“It doesn’t take a silver bullet to move the needle,” he said.

He said monies directed toward development projects lead to additional investment being made.

“I think we are seeing some of that confidence in Central New York,” he said.