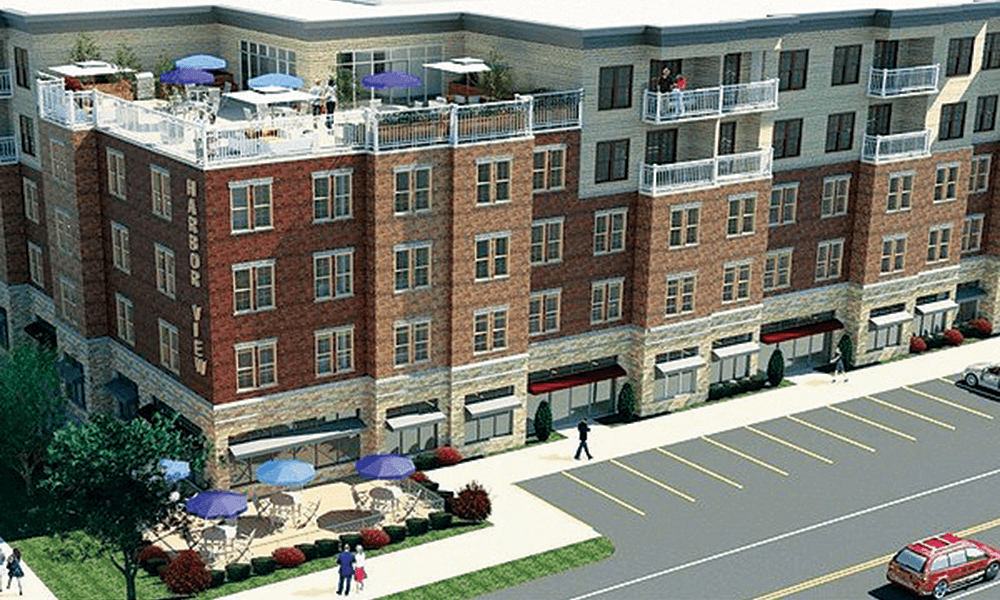 Just call it a municipal makeover.

The city of Oswego is slowly but steadily reinventing itself by transforming its downtown into a more vibrant and welcoming space.

The Port City saw considerable progress on several Downtown Revitalization Initiative projects in 2018, most notably the former Cahill Building and the Children’s Museum of Oswego.

“I am satisfied, but we certainly need to keep pushing the other projects along,” said City of Oswego Mayor William Barlow.

The city also recently launched its $545,000 Downtown Improvement Fund for small downtown business projects. The project is part of the $10 million DRI grant secured by the state in 2016.

The fund was designed to give existing small business owners an opportunity to apply for grant funding assistance to help with façade projects, building renovations, vacant space conversions or business expansion opportunities.

It was a site that was home to a nationwide wire manufacturer and distributor, Flexo Wire. It had been designated a contaminated Brownfield site by the federal Environmental Protection Agency.

“Just about every project, with the exception of the proposed East Lake Commons LLC development project, has moved forward in one form or another and I expect speed to pick up this year,” Barlow said.

The mayor noted how Harbor View Square fits into the city’s waterfront development plans and will benefit the city economically.

“First and foremost, the project fills in a huge underutilized vacant parking lot space and ties the marina entrance and waterfront into our downtown,” Barlow said.

The project places a substantial amount of additional commercial space, 10,000 square feet, near the waterfront and introduces apartment units along the waterfront, all major components of the city’s comprehensive downtown revitalization plan, the mayor added.

Taking it to the streets

“The 104 and Market Street projects aren’t necessarily direct economic development projects, but smart municipal planning projects that can potentially translate to additional economic activity that will complement our other projects,” Barlow said.

“These projects will give folks an area to congregate downtown, offering an opportunity to hang out with friends, do homework or catch some entertainment we hope to offer at the park,” he added.

The state Route 104 project is designed to help people easily cross the busy thoroughfare and calm traffic as it passes through the core of downtown, improving the ambience and feel of downtown, he added.

Also, Broadwell Hospitality Group recently broke ground on its new 15,000 square-foot addition to the Quality Inn & Suites on East First Street in Oswego that will feature an indoor water park. The $5 million project has been buoyed by nearly $1 million in state grants through the Upstate Revitalization and city of Oswego’s Downtown Revitalization initiatives.

The mayor said the water park is a “huge amenity” that will make Oswego a more viable choice for people to visit or choose if they are visiting the general Central New York area.

“We have people in our community almost constantly because of sports tournaments, conferences at the Lake Ontario Event and Conference Center, and other events all year long,” Barlow said.

The water park, in addition to being a direct attraction to people from around the area, will give visitors a real reason to choose to stay in Oswego versus a hotel or other options on state Route 31 or closer to Syracuse, he added.

Barlow also sees the Wright’s Landing Marina upgrade project as a boon to the area as well.

The $1.2 million marina upgrade project will replace the existing facility with a larger pavilion with more amenities like furniture, television and accessories to offer boaters and city residents.

“We also will install several fire pits, construct a small boaters’ welcome center with information about the community, and perhaps most importantly, completely renovate and upgrade the existing bathroom facilities,” he said.

During the city’s public engagement sessions, boaters cited the quality of bathrooms as the most important criteria they consider when deciding where to dock and where to stop on boat rides, Barlow noted.

“We placed a priority on upgrading our bathrooms to better attract boaters and offer them quality amenities,” he said.

Also, a housing and commercial space project is being developed at the Global Buffet site in downtown Oswego.

Barlow noted this level of private investment occurring in the city is vital.

“Private investment was also a very critical component when drafting our revitalization plan,” he said.

Barlow said $10 million “may sound like a lot of money, but when trying to revive an entire downtown community, it only goes so far.”

“We needed private investors to carry their weight in our major economic development projects and that is why we engaged private developers and builders to see what they could do and how much private investment we could leverage with our $10 million grant,” he said.