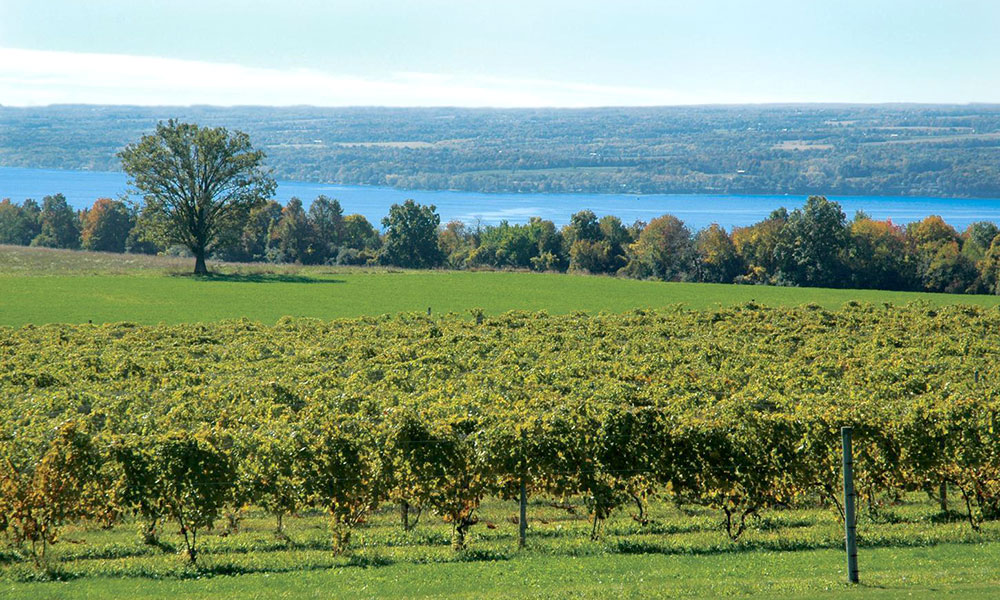 Local wineries are all the same in that they serve fine NYS wines but each of them has its own special character and charm.

Check out the several wine trails in various parts of NYS to experience the different wines and wineries. Many wineries offer special events and activities often featuring local musical groups. 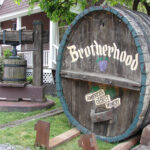 “Put on your drinking boots!” is a phrase borrowed from Brotherhood Winery in Washingtonville, Orange County. Established in 1839, it is the oldest continuously operating winery in the nation. John Jaques, a French immigrant, who produced the first commercial vintage, started the winery. The winery changed hands over the years and in 1886 the large stone building and underground cellars were added. The cellars are the largest in the U.S. It is on the New York State and National Register of Historic Places and just one of the wineries on the Shawangunk Wine Trail.

Wine lovers should raise their glass in thanks to Dr. Frank who ignited the “Vinifera Revolution,” a movement that changed the course of wine growing in the United States and New York state. He discovered that a little bug in the soil, not the climate, was the cause of the area’s poor grape yield, which he solved by grafting preferred vinifera onto local bug-resistant rootstock. It is on the Keuka Lake Wine Trail. 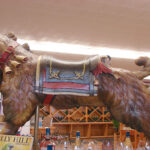 Just like each wine has a distinctive flavor so does each winery. The Taylor family had been growing grapes since 1878. Walter Taylor founded the vineyard on the site of the original Taylor Winery. The winery’s museum complex in Hammondsport houses the Cooper Shop with a video on barrel making, The New York State Wine Museum of Greyton H. Taylor, and the Walter S. Taylor Art Gallery. Learn about the great story behind the phrase, “They have our name and heritage, but they didn’t get our goat!” It is on the Keuka Lake Wine Trail. 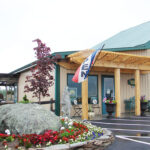 There are two locations in Clayton, Thousand Islands region. One is the actual vineyard and the other is located on the water in the village where you can watch the large transport ships on the St. Lawrence River. They offer 20 different wines and Coyote Moon is one of the few vineyards in the area bottling Frontenac Blanc. They often feature local musicians. It is on the St. Lawrence Wine Trail. 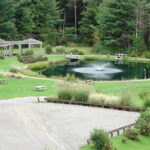 Six Mile Creek Winery is housed in a restored turn-of-the-century Dutch-reform barn with spectacular views of Six Mile Creek valley and vineyards. They offer wine and more. They recently started a new venture distilling spirits, including vodka and grappa. It is on the Cayuga Wine Trail.

The North Fork of Long Island has transformed itself from a potato growing area to one of the newest wine lover’s destination. It is home to more than 35 tasting rooms. The climate is similar to the Bordeaux regions of France so they are able to grow some of the best French grape varietals. The first vineyard started in 1973 and is now the Castello di Borghese in Cutchogue. 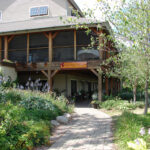 Grapes for winemaking can be grown just about anywhere as long as the right variety is used. The Tug Hill Winery in Lowville is an example. One might think the area is too cold and too snowy but the owner selected grapes developed by the University of Minnesota to be cold hardy. The French-American hybrids will survive minus 35 degrees.

There are over 400 wineries in New York state so the best way to experience the diversity of New York state wines is to pick an area and take their wine trail. The trails feature all the wineries in a specific area. Many of the wineries have special events, feature local musical groups, and may make other items such beer, spirits, and handcrafted items along with local produce such as apples, cheese, artisan breads, berries, more. Explore NYS wines from the Niagara Wine Trail to the North Fork Wine Trail on Long Island.