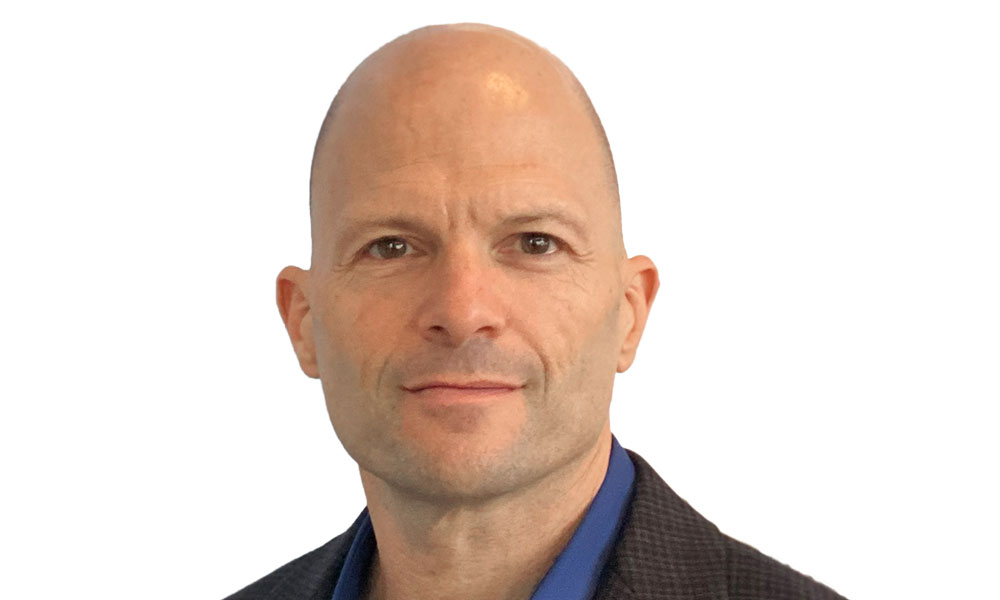 Newly appointed NUAIR’s president and CEO talks about drone industry, the Rome-Syracuse drone corridor and the role CNY is playing in this burgeoning industry

A nonprofit coalition made up of private, public and academic entities in Central New York is working to put the region on the cutting edge of the burgeoning unmanned aerial system (UAS) industry. Northeast Unmanned Aerial System Airspace Integration Research, referred to as NUAIR, manages operations of the New York UAS Test Site at Griffiss International Airport in Rome, New York — one of just seven FAA-designated UAS test sites in the country.

Michael J. Hertzendorf, NUAIR’s chief of staff and former interim CEO, was recently promoted to the position of president and chief executive officer. He takes over at a crucial moment for NUAIR. The nonprofit just finished construction of a 50-mile drone corridor between Griffiss and Syracuse’s Hancock International Airport, the first of its kind in the country. The purpose of the project is to facilitate what’s called beyond visual line of sight testing, which is currently restricted by the FAA. It’s one piece of a larger national effort to safely integrate drones into the national airspace.

What are your priorities and goals that you hope to accomplish during your tenure?

Continue to be a key asset to New York agencies and grow and improve upon the breadth of services we can provide to them. New York state is a leader in the UAS industry, and we want to maintain that leadership position. We believe every New York state agency should be using UAVs [unmanned aerial vehicles] to improve the effectiveness and efficiency of their operations. Our other main priority is the continued development and advancement of New York’s 50-mile UAS corridor, and support to the New York UAS Test Site, which continues to bring in companies from across the globe to Central New York.

What are potential areas of improvement at NUAIR that you plan to address?

I don’t see this as an area for improvement but as technology is constantly advancing and this industry is in its infancy, we must always keep a pulse on the industry and market to maintain a competitive advantage.

You served in the U.S. Army for nearly 30 years as a special operations aviator with more than two decades of command and leadership experience, including battalion command, regiment command and division chief of staff. How do you think that has prepared you to take on this role?

You are taking the reins at an exciting time for NUAIR now that the 50-mile UAS corridor is completed. What does achieving this milestone mean for the future of drone development in Central New York?

Additionally, the Tech Garden is about to undergo a major expansion as part of the larger effort to make Central New York a global player in this industry. The downtown facility will add two new floors, with a Drone Zone space designated specifically for companies working in the UAS industry. How will that complement the work NUAIR is doing?

The UAS ecosystem in Central New York is powerful.  From Syracuse University’s Autonomous System Policy Institute, to the Tech Garden, the New York UAS Test Site and the UAS corridor, we have a complete lifecycle that will provide economic opportunities to ourselves, our partners, our communities, and the state.

Currently major renovations are also happening out at Griffiss International Airport, where the New York UAS Test Site is, which includes dedicated hangar space for indoor drone testing. As the industry continues to grow, having a multitude of testing capabilities helps to improve the attractiveness of Central New York for UAS companies and the ecosystem.

What can we expect in terms of the next phase of development of the drone industry and what role is Central New York playing in that?

I think the next phase of the drone industry is getting into the cyber security side of the industry. With the anticipation of the air being filled with drones performing all sorts of commercial tasks, we — the industry — need to develop the safety protocols and standards to mitigate malicious cyber attackers. Much like you have an antivirus program on your computer to thwart hackers taking over your computer and taking your information, to a greater extent we need to make sure this can’t happen to the “computers” flying around in the sky.

Another growing need regarding malicious characters interfering with unmanned aircraft or seeking to do malicious activities with one, counter UAS (cUAS) technologies are also being developed. There’s a multitude of technologies from geofences, to lasers, to other drones shooting nets and capturing rogue drones. Again, with the New York UAS Test Site and variety of partners and companies within this region makes it a great place to test and advance these types of technologies to keep our future skies safer.

What is next for NUAIR?

The continued development of New York’s 50-mile UAS corridor, advancing commercial UAS operations and the safe integration of unmanned aircraft into the national airspace. Enhancing our services with New York state agencies to help them implement drones into their daily operations to help save time, money and lives. We’ve already helped multiple fire and police departments implement drones into their organizations and they continue to view drones as another essential “tool” in their toolbox of life-saving equipment.

“With the anticipation of the air being filled with drones performing all sorts of commercial tasks, we — the industry — need to develop the safety protocols and standards to mitigate malicious cyber attackers.”

Earlier this year, New York Gov. Andrew Cuomo announced the creation of a “Center of UAS Excellence” within the Central New York and Mohawk Valley regions, which NUAIR will manage. The UAS Center of Excellence will be a partnership between the UAS industry, academia, New York State agencies and Israeli companies to advance the UAS industry and contribute to the economic development of the region. We will continue to develop the Center in 2020 alongside our other key priorities.