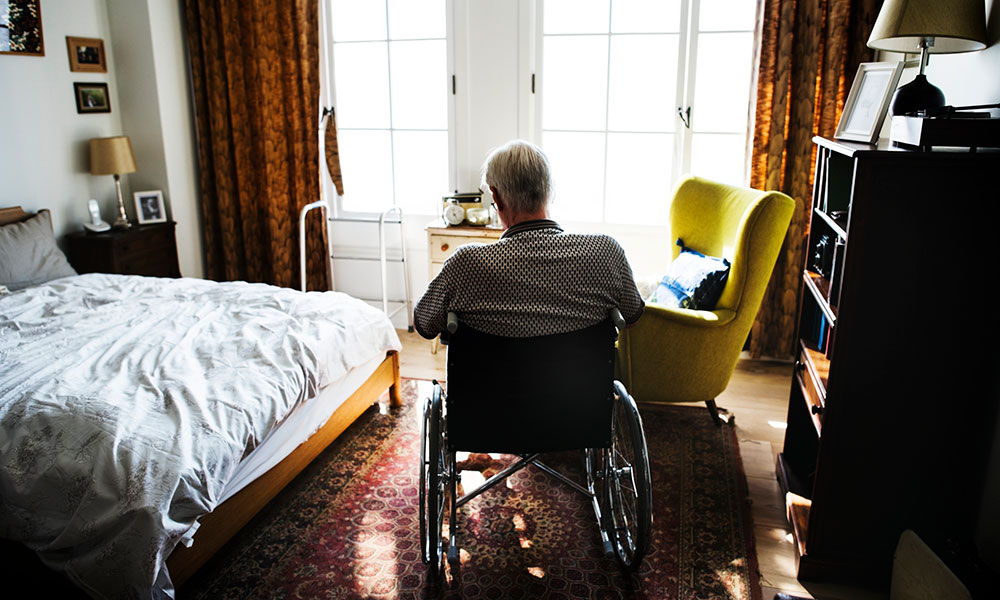 ‘We need humanity brought back into health care,’ he says

An elderly woman died alone, in an unfamiliar facility due to Albany bureaucracy, according to Joseph Murabito, president of Elemental Management Group, which operates The Gardens and Morningstar Residential Care Center in Oswego and other two nursing homes in Rochester and Mohawk Valley.

“I think the subject is important and timely. We need checks and balances back in place. We need legislative process back in place. We need emergency powers revoked. We need our clinicians able and comfortable making clinical decisions and judgments in alignment with guidelines, rather than being sidelined waiting for department of Health/Albany to make decisions at a granular level. We need the humanity brought back into health care,” he said.

The tragedy was caused by the ongoing heavy hand and blind eye of our New York State Department of Health and Gov. Cuomo, according to Murabito.

“The incident here is fairly representative of what’s happening all across the state,” he said.

An 84-year-old woman passed away in an unfamiliar skilled nursing facility, surrounded by unfamiliar staff and away from her husband, he said.

She had originally tested COVID positive. Progressed through the process and was eventually cleared, Murabito said. However, she went to the hospital and when ready to return to Morningstar, tested positive again.

“The resident in question was vaccinated, had had both shots. We had good guidelines to go by. The resident doesn’t go anywhere. There was a very, very small chance she was still contagious.  Her prior COVID status and vaccinations should have played a role, but didn’t,” he said.

“Our team is very good. They’ve been thorough, they know this resident. She’s 84. She needs to be in comfort care, with a staff and people she knows,” he added.

However, once stable, the hospital sent her to a COVID unit in another SNF in Syracuse rather than work to get her back home and close to her husband.

The positive test in the hospital was because she didn’t ‘shed’ fast enough. It was determined the test results were due to residual RNA despite test results beyond 90 days.

DOH said they make decisions based solely on test and no other supporting history, information or detail clinical or otherwise, Murabito noted.

“It was best for her to be in comfort care, surrounded by people she knew. Instead she was placed in a COVID unit and then transferred to another facility all together,” he said. “We have a very good staff who are simply exhausted by all of this.”

“She was placed in an unfamiliar facility because everyone’s afraid to make a decision. They have to run it up to Albany and let them decide,” he said. “Run it up the ladder and let Albany make all the decisions while the staff and residents are caught in the middle.”

It’s imperative the state DOH and Governor cease the ongoing blanket guidelines and directives that harm residents and families and decrease their quality of life, while ignoring the health professionals who are best informed and knowledgeable of people and their needs on a case by case basis, he said.

“We are no longer in an emergency crisis allowing regulatory and executive bodies to single handedly dictate our lives and decision making. It’s a long line of executive orders, like playing cards. They may have the best intentions, but it’s heavy-handed; total control by the governor,” he said. “State leadership has become cold and impermeable to the voices, ideas and experience of the professional people they are supposed to serve and support. We have a lot of very qualified people here who are frustrated. They feel that the state isn’t in synch with the CDC.”

The problem is statewide. The people who know the patients the best, still have to run everything through Albany, he added.