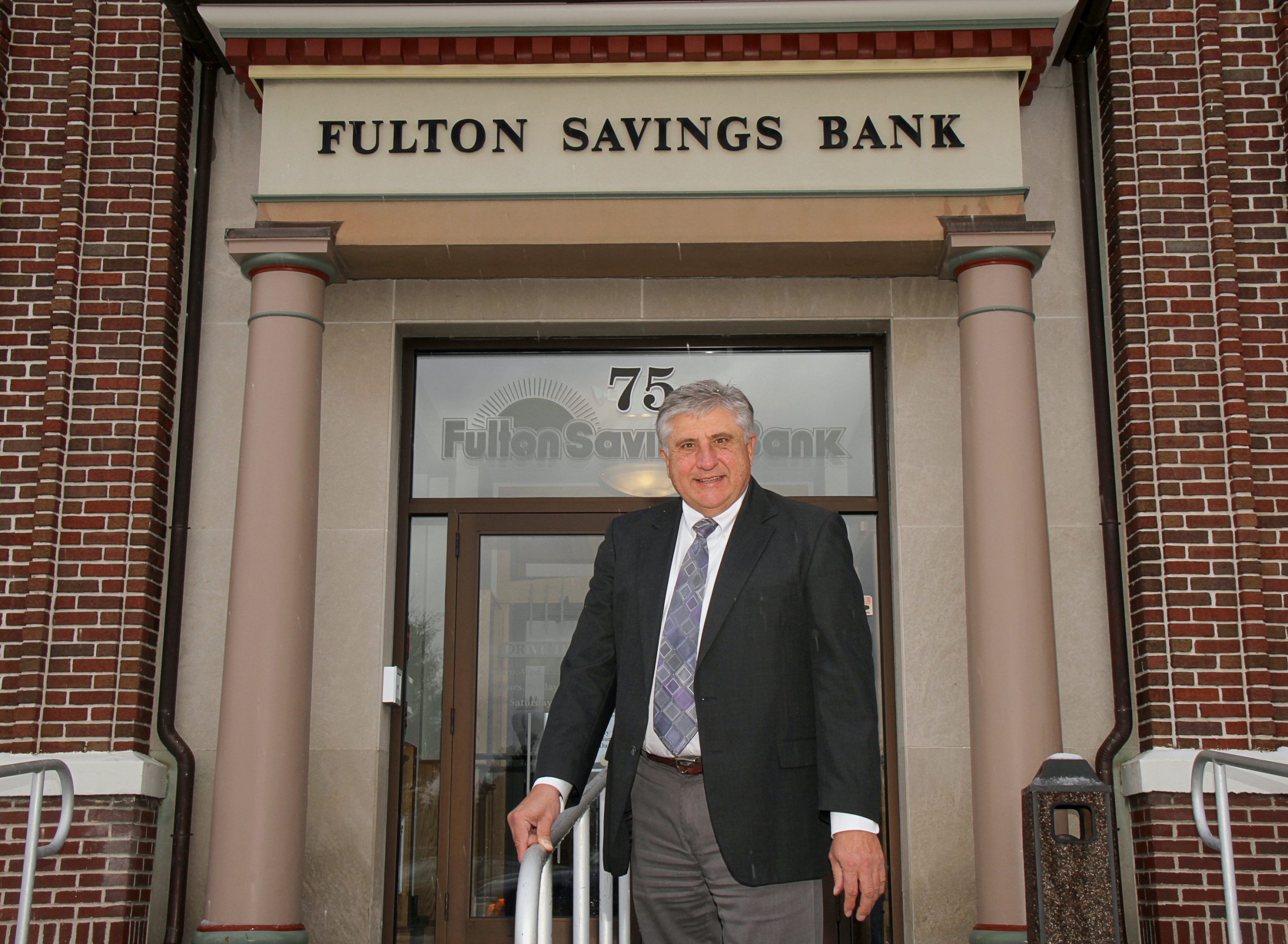 After 41 years of dedicated service at Fulton Savings Bank, Mike Pollock will be retiring as the bank’s president and CEO on December 31, 2021.

The announcement was made by Fulton Savings Bank Board of Trustees Chairman, Brian Caswell.

Under his leadership, the bank has grown its operations dramatically, Caswell said. Today, the bank has 75 employees and six offices. The bank’s assets have grown to $450 million with a net worth of $120 million and it remains a mutual savings bank with no shareholders.

“The growth and success of Fulton Savings Bank is not the whole story of Mike’s tenure as president and CEO,” Caswell said. “Over the years, businesses, community organizations and government entities throughout the community have called on him for his advice, counsel and help.”

Pollock, a Fulton native, has been a fixture on business and community boards for four decades. From the United Way to Fulton Pop Warner Football, he has served on more than a dozen boards and commissions that touched virtually every aspect of life in the community. He was instrumental in developing and administering the bank’s financial giving program. Fulton Savings Bank donates more than $100,000 annually to local non-profits whose operations help make the community a better place to live, Caswell said.

In addition, the bank awards more than $30,000 each year to students from the local area who attend SUNY Oswego or Cayuga Community College.

“Serving as president and CEO of Fulton Savings Bank has been the honor of my life,” Pollock said. ”It was a privilege to work with so many wonderful people at the bank, in the community and in the banking industry. What we accomplished at the bank and in the community is a credit to the organization I was privileged to lead. What we have achieved at the bank during my tenure would not have been possible without the hard work, dedication and support of so many current and former colleagues. I am confident that Fulton Savings Bank has a bright future and that it will continue to be an economic catalyst for all the residents, businesses and community organizations in the area.”

In his retirement, Pollock will remain on the Fulton Savings Bank Board as a trustee.

He and his wife, Joanne, will continue to reside in the city of Fulton.

Fulton Savings Bank has offices in Fulton, Baldwinsville, Phoenix, Central Square, Brewerton and Constantia with 11 ATMs throughout its service area.