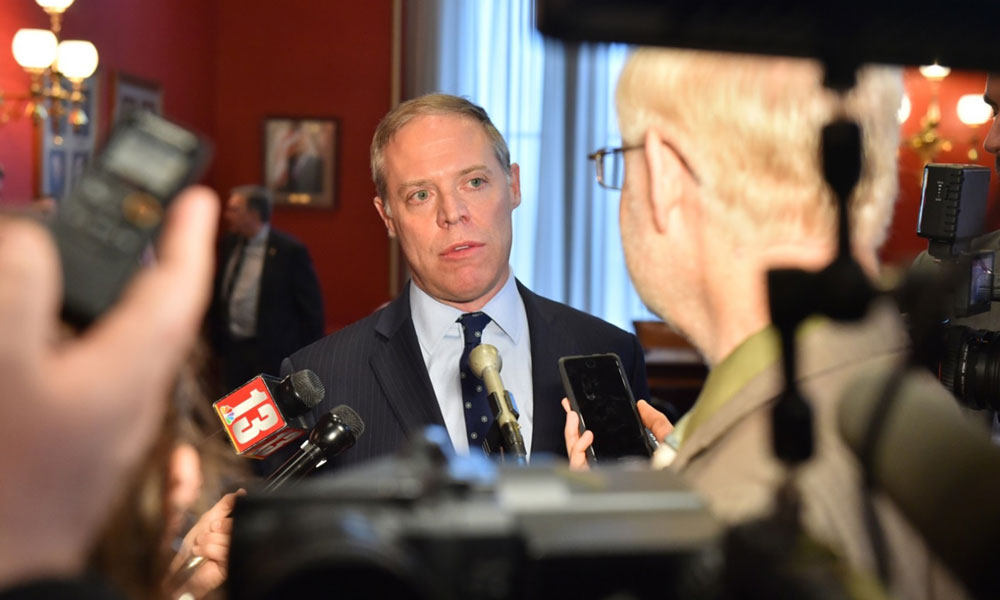 The New York State Assembly Minority Conference Jan. 7 elected Assemblyman Will Barclay (R,C,I,Ref-Pulaski) as its next Minority Leader. The leadership vote was held Tuesday afternoon at the Capitol, one day before the opening of the 2020 Legislative Session.

“I am enormously proud of the work the Assembly Minority Conference has done to advocate on behalf of the people of this great state, and tremendously humbled to have the support of my colleagues,” Barclay said. “As we start a new year, the members of our Conference will help ensure that every corner of our state is a better place for every New Yorker. I am honored and excited to have their confidence and to work alongside them as Minority Leader.”

Barclay was elected unanimously by his peers, and takes over as Minority Leader after serving as the Conference’s Ranking Member on the Assembly Ways and Means Committee. In that role, he was responsible for leading the review, analysis, and debate of the details contained in New York’s $176 billion budget.

“The 2020 Legislative Session will be challenging, but we are firmly committed to putting our state back on the right track, and promoting measures that are fair and protect constituents in every community,” said Barclay. “One year of one-party rule has proven to be both costly and dangerous. We need an immediate course correction and we are eager to get started.”

Barclay was first elected to the represent the 120th Assembly District, which includes much of Oswego County, the Onondaga County town of Lysander, and the Jefferson County town of Ellisburg, in 2002. He has served as the Ranking Minority Member of the Insurance Committee, as well as a member of the Assembly Committees on Energy, Judiciary and Rules. In addition, he has held roles including Deputy Minority Leader, Assistant Minority Leader, Chair of the Minority Joint Conference Committee and Vice Chair of the Minority Program Committee.

Because of his experience in business and law, Leader Barclay will continue to focus his legislative agenda on policies that will benefit the upstate economy and the working men and women of his district. A lifelong resident of Central New York, Leader Barclay resides in Pulaski with his wife, Margaret, and two sons.