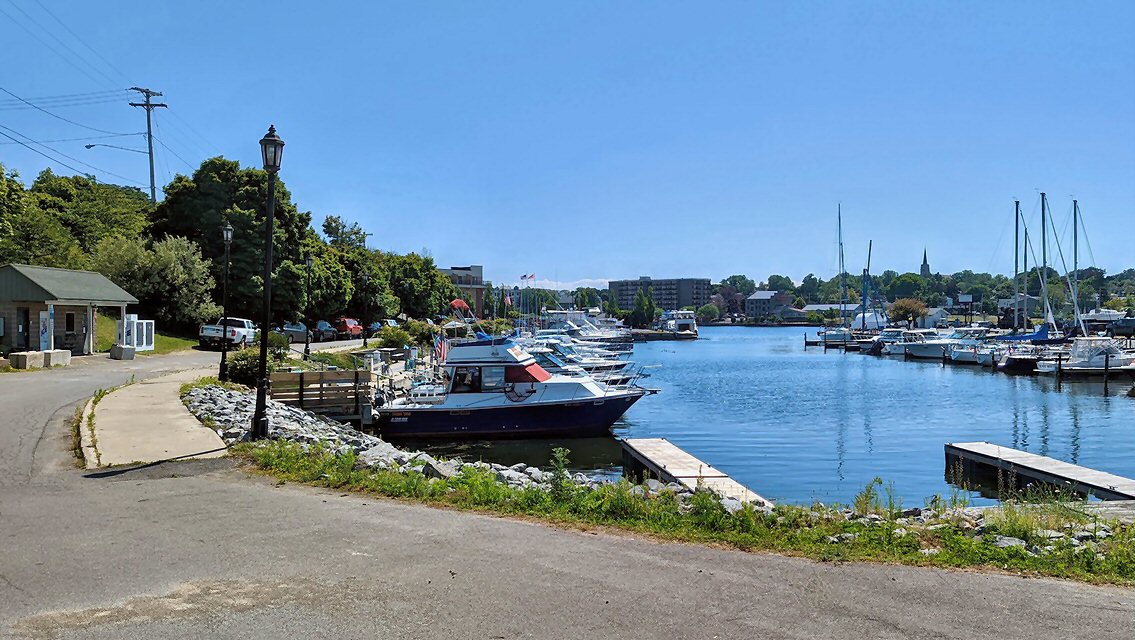 In addition to the record pace being set by the Port of Oswego Authority this year, the port’s adjoining marina at 3 Basin St., generates more than $2 million annually in local community revenue, said William Scriber, POA executive director.
“Outside of Rochester, we’re the only deep-water marina available in this area,” he said. “We’re also the gateway from Lake Ontario to the New York State Canal system with the first marine entrance on Lock 8 here in Oswego. Our marina is also home to 24 charter fishing captains, as well as a number of pleasure craft and sailboats.”
Research by the Oswego County Department of Community Development, Tourism and Planning in 2008 concluded that each charter boat has an annual community economic impact of $70,000. In today’s dollars, that is $96,337 per charter boat.
“With 24 charter boats in the marina, that’s an annual impact to Oswego of more than $2 million from charter fishing from our marina alone,” Scriber said. “We are also a full-service marina, offering boat repairs, showers and laundry for boaters, a fish cleaning station, and a fuel and a pump-out dock.”
“Added to that, we have the only tow boat in the harbor, crane service by the port, sailboat mast stepping and even winter storage,” he continued.
The port is planning expansions and improvements to the Oswego Marina, such as a rack storage system to increase capacity for boaters to store locally.
“It’s part of our ongoing efforts to make Oswego an increasingly popular destination for boating and tourism,” Scriber explained.
“Oswego’s history is maritime and boating. This is a key focus for our board, and it continues to drive us to invest in and improve that experience for boaters here in Oswego,” said Francis Enwright, chair of the Port of Oswego Authority board.
The port’s strategic location at the crossroads of the Northeastern North American shipping market puts it less than 350 miles from 60 million people. As one of the most productive ports in North America, the port supports 209 local jobs, $26.7 million in economic activity and $13.8 million in personal income and local consumption expenditures, according to Scriber.