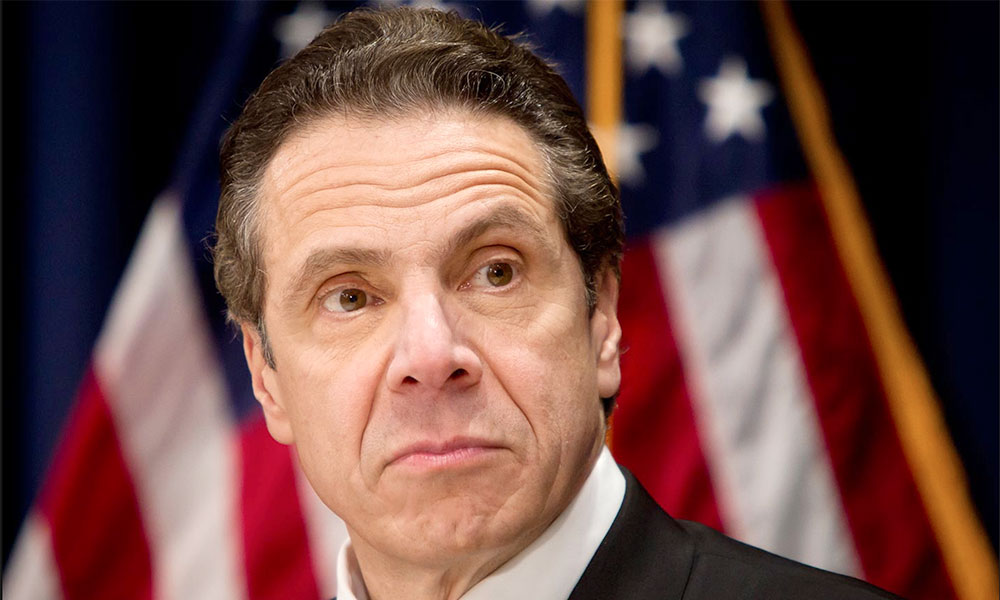 How do you know exactly where it is these days?

Former New York Gov. Andrew Cuomo joined a list of other New York state politicians whose careers came to a screeching halt because of improper behavior.

The other two most notably are former Gov. Eliot Spitzer, who resigned in disgrace in 2008 after he had had at least seven liaisons with prostitutes over a six-month period and paid more than $15,000 for their services, and former U.S. Rep. Anthony Weiner, who was charged with sexting a 15-year-old girl, among others, and served 21 months in a federal prison.

In Cuomo’s case, he resigned shortly after a state attorney general’s investigation validated allegations that he had sexually harassed 11 women. Through it all, Cuomo maintained his innocence, insisting that his displays of affection were misinterpreted by the women.

I find it curious how some politicians  try to dodge responsibility for their actions. The pressure becomes so intense, defense among their supporters melts away, and despite adamant insistence that they are innocent or try as they will to remain in office, their positions ultimately are no longer tenable, and they resign in disgrace.

It wasn’t that long ago that Cuomo endeared himself to the nation with daily updates on COVID-19 statistics in the state. He was even mentioned as a likely presidential candidate down the road. All of that is over now.

Other politicians, such as former presidents Donald Trump and Bill Clinton were able to navigate the choppy waters of sexual allegations, even when there was concrete proof, but were still able to maintain enough support to remain in office. Both survived impeachment charges — in Trump’s case twice, although neither was brought because of his extra-marital dalliances and payoffs to the women involved, which reportedly happened before he occupied the Oval Office. Clinton’s impeachment was directly tied to the lies that he told investigators about his involvement with White House intern Monica Lewinsky.

Cuomo was not the first New York governor who was entangled in sexual allegations. In 1884, Democrat Grover Cleveland, who was mayor of Buffalo and governor of New York, was believed to have seduced a widow, fathered her child, refused to marry her and paid her off. Despite these allegations, voters chose him for president of the United States twice during non-consecutive terms.

“In doing some soul-searching during this #MeToo era, I can recall instances where I touched a female employee on the arm or shoulder to show (at least in my mind) an understanding of an emotional issue she might have been going through, such as a death in the family. I did the same with male employees.”

Cuomo, 63, said he was stepping down before he completed his third four-year term because he did not want the investigation to become a distraction while the Empire State is facing so many major issues, none the least of which is a resurgence of COVID-19 cases spurred on by the delta variant.

Let’s face it: If Cuomo had not resigned, he most assuredly would have been impeached and convicted. This became almost a certainty when he lost the support of just about all of the big names in the Democratic Party — both at the state and national levels, including President Joe Biden and House Speaker Nancy Pelosi.

Although Biden had strongly urged Cuomo to resign, he still commended the former governor for doing “a hell of a job.”

Cuomo was replaced by Lt. Gov. Kathy Hochul, who made it clear out of the box that her policies will not parallel Cuomo’s. For one thing, their styles of governance are near opposites. Hochul aims for consensus-building, while Cuomo wielded raw power in dealing with dissenters.

Cuomo insiders have been coming forward — anonymously for the most part — and say he is “bewildered” by the speed of events which brought him down. He was expecting his day in court where he could reiterate what he has been saying all along about his self-proclaimed innocence and that, in the end, he would persuade the doubters as to how his actions were misinterpreted.

Cuomo maintained that he had not crossed the line of propriety. “In my mind, I have never crossed the line with anyone, but I didn’t realize the extent to which the line has been redrawn,” Cuomo said.

In a taped statement, Cuomo denied touching anyone inappropriately but apologized to two accusers, including former staff member Charlotte Bennett. Cuomo said he asked Bennett about her love life in a misunderstood bid to help her cope with trauma from a past sexual assault. “I thought I could help her work through a difficult time,” Cuomo said.

Thinking that what he had done was OK was really disingenuous on Cuomo’s part. The 165-page report by state Attorney General Letitia James made that clear as she presented corroborating evidence from eight of Cuomo’s accusers whose stories we already knew from when they went public. In addition, it gave details of three previously unreported instances of sexual harassment.

In one, Cuomo was accused of harassing and inappropriately touching an unnamed state trooper whom he wanted to hire for his security detail. In another, Cuomo was alleged to have run his fingers across the chest of an energy company employee.

Having been a manager or department head for most of my professional career, I was reflecting on things I said and did 30 or more years ago that would not cut it in today’s workplace.

Because Cuomo is a touchy-feely kind of guy who greets women and men with hugs, he admitted not knowing where the line of acceptability is today.

The same issue dogged President Biden when he was candidate Biden, and several women complained about his actions making them feel uncomfortable.

In doing some soul-searching during this #MeToo era, I can recall instances where I touched a female employee on the arm or shoulder to show (at least in my mind) an understanding of an emotional issue she might have been going through, such as a death in the family. I did the same with male employees.

There also have been plenty of instances where females and males have touched me on the hand, arm or shoulder while talking to me in a professional setting. I never gave it a thought until recently.

It is remarkable how something that seemed so innocent years ago can now be regarded as a litmus test as to whether a person might be a harasser — sexual or otherwise.

That said, there is no justification for what Cuomo did when he inappropriately touched women in private places on their bodies, told crude jokes or flirted with them.

Today’s managers must be talented enough to show concern and empathy but be able to walk a narrow line and not overstep their bounds, lest they be considered harassers, predators or worse.

Empathy is simply recognizing emotions in others and being able to “put yourself in another person’s shoes” — understanding the other person’s perspective and reality. To be empathetic, you have to think beyond yourself and your own concerns.

But here is the big question: How do you do this without overdoing it and without having your intentions misunderstood?

If I were a manager today, I would certainly think twice about showing my empathy in any kind of a touchy-feely kind of way.

Sexual harassment is a form of sex discrimination that violates Title VII of the federal Civil Rights Act of 1964. This type of harassment describes the unwelcome sexual advances, requests for sexual favors or other verbal or physical conduct. The behavior does not have to be of a sexual nature, however, and can include offensive remarks about a person’s sex.

I am amazed that there are still men my age (82), even younger, who still refer to female servers in restaurants and bars and other service personnel as “honey,” “sweetie” or with other terms they consider endearing.