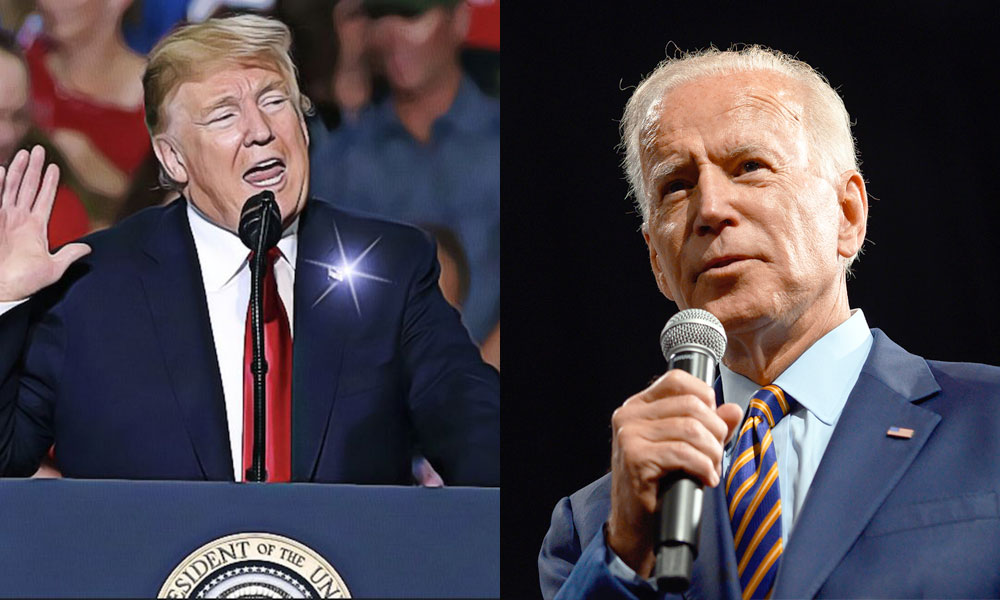 “I would say that particularly from the perspective of Central New York, I think the No. 1 thing that the president could do is to get funding to state and local governments. They’ll desperately need it.

Whichever candidate is elected president of the United States in the November election, his policies and leadership will affect the nation in the following four years. With the pandemic still on the forefront of the news and affecting daily life, Jonathan Parent, assistant professor of political science at LeMoyne College, thinks dealing with COVID-19 should be a priority.

“In the short-term, the priority will have to be to mitigate as much as we can the damage done by the COVID crisis,” Parent said.

This is particularly important for Central New York. An Aug. 17, 2017 New York Times story named Syracuse as third on its list of cities likely to have a “severe” revenue shortfall (Rochester and Buffalo were listed as first and second on the list, respectively). The report stated that cities that “rely heavily on tourism, sales tax or direct state assistance will face particular distress.”

“Syracuse is looking to lose 20% of its income from a loss of sales tax revenues,” Parent said. “I would say that particularly from the perspective of Central New York, I think the No. 1 thing that the president could do is to get funding to state and local governments. They’ll desperately need it.

“There will have to be another kind of stimulus package, like extension of unemployment or something that allows businesses to maintain their workforces,” Parent said.

He also sees the importance of generating more employment opportunities in the area.

Since New York has been the epicenter of the pandemic, Parent does not anticipate state aid as feasible. According to a recent report by Partnership for New York City, a nonprofit membership organization consisting of a select group of nearly 300 CEOs from New York City’s top corporate businesses, about a third of New York City’s 240,000 small companies will remain shuttered after the pandemic subsides. So far, that means 520,000 jobs lost. That means lost tax revenue for the entire state.

“The federal government is the only institution that can do it,” Parent said of helping Central New York. “The state government can’t, and the local municipalities can’t. Congress will have to agree with it as well.”

He thinks that in the imminent future, few small businesses will start up unless regulations relax. But in the long run, entrepreneurs will have many opportunities for starting new businesses. Parent thinks that post-COVID-19 business incentives will help jumpstart the economy and they’ll need to come from the federal level.

“In places that have been successful with dealing with this, I hope the next president will realize that the health issue and the economic issue go hand in hand,” Parent said. “If the pandemic isn’t under control, there’s no amount of economic anything that will make a difference.”

Aaron Roth, financial adviser with Northwestern Mutual in Oswego, hopes that the next president will lower corporate taxes to improve the economy.

“That can impact the market,” Roth said. “Taxes have a lot to do with economic growth, like corporate taxes. There’s good and bad with everything, but capitalism can help grow an economy. Tax changes in the right places can help. If the stock market keeps going up it is good for everybody.”

Though many of his clients have their eye on retirement, he also thinks that economic growth will help the finances of everyone.

“We need to bring the humans of our country together, to lift them up to want to fight for what needs to change in our country,” said John Timmerman, founder of Good Monster in Syracuse.

He hopes the next president will focus more on these issues.