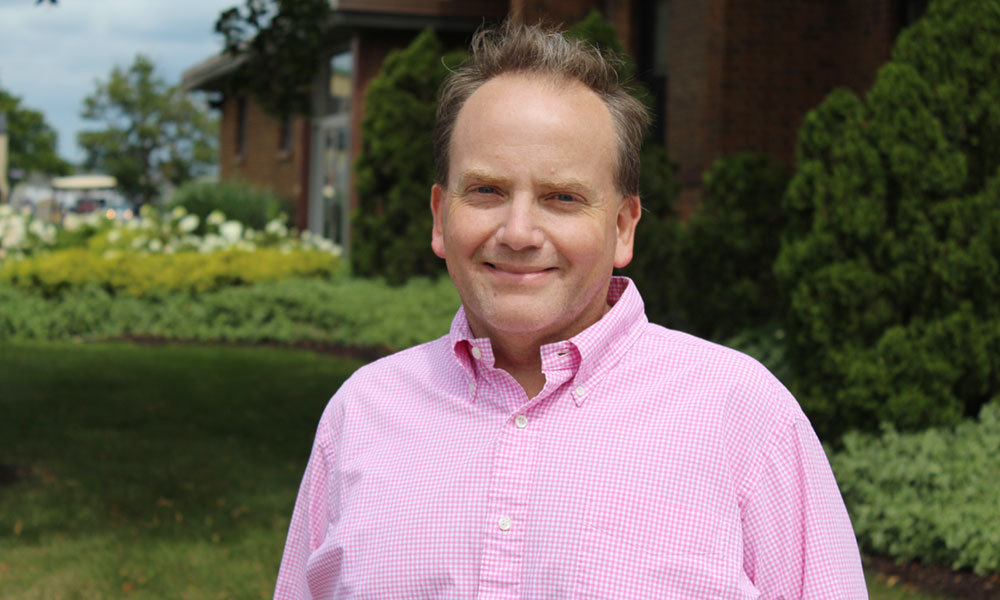 Long after darkness blankets the fairgrounds and the final visitors trickle through the gates to their cars it’s not unusual to spot a slight, middle-aged man quietly exit a camper, climb onto a golf cart and speed off.

The man is Troy Waffner, director of the New York State Fair, and his middle-of-the-night inspection tours — usually between 2 a.m. and 5 a.m. — are his favorite time on the fairgrounds, no offense intended to the rest of the day.

“It’s just an interesting place to be because a whole other city comes out,” he says.

During the fair’s 18-day run, Waffner stays on site and is present each night when an army of workers begins preparing for the following day. Carnival workers replace broken light bulbs and perform repairs and maintenance on rides. Crews clean the bathrooms, buildings and parking lots. Workers water the flowers and reposition anything that’s been moved. Garbage trucks wind their way up and down rows of buildings and food stands, hauling away mountains of trash; street sweepers follow.

Perhaps nowhere is the dedication of the overnight workers more noticeable than Chevy Court after a concert. Crews with leaf blowers make a small landfill’s worth of trash disappear.

“So, when somebody walks in at 8 o’clock the next morning they would never know that Chevy Court looked like Woodstock the night before,” Waffner says.

Although he has a staff, Waffner still makes it a point to conduct his late-night rounds personally.

He takes a similar hands-on approach during the day. When he’s not checking the grounds or exhibits, he can be found doing a bit of everything as needed, including sweeping up trash and directing traffic. It’s part of his philosophy that a successful fair largely depends on seemingly small details: are the grounds clean, is traffic and parking tolerable, are staff courteous and helpful?

His approach has worked; during his tenure, attendance has reached new records — topping out at 1.3 million in 2019 — and he’s presided over the largest investment in the fair in decades, winning praise from Gov. Andrew Cuomo and every day fairgoers alike. His success is even more impressive given the fact that Waffner came to the nation’s third-largest state fair with no experience in managing large events, instead learning on the job.

Growing up in Cazenovia, Waffner never imagined he’d run the sprawling year-round operation that is the New York State Fair. In fact, he didn’t have any specific career direction in mind.

“But I’d always been involved in the various parts of politics since I was 17 or 18, volunteering with the Democratic Committee and on campaigns,” he says.

That’s not to say Waffner came from a political family; his parents had no interest in politics, he says, but when he was 22 he got a job offer from then Assemblyman Bill Magee to work in constituent services. Waffner later spent 12 years as Magee’s legislative director.

He mostly focused on agricultural policy as well as state finance and municipal law, helping negotiate and draft hundreds of pieces of legislation. His most memorable, which he concedes was also one of the silliest, dealt with a fluke in the Vehicle and Traffic Law that made it a violation to have an open bottle of wine, even if you were bringing it home from a restaurant.

“So, if you went to a restaurant and you bought a $100 bottle of wine and you only drank one glass, technically you had to leave it or drink it, which was the bigger problem,” he says.

The bill Waffner worked on allowed the public to take an open bottle of wine home with them, albeit in a sealed bag.

After Magee, Waffner worked a year and a half as director of policy development for state Sen. Dave Valesky. As much as he enjoyed the work, his job came with a serious catch. He was still living in Central New York, but spent six or more months each year in Albany staying on friends’ couches or in hotels and, eventually, an apartment.

“After 14 and a half years of that it started getting old,” Waffner says.

So, in 2010, he applied for an opening for assistant state fair director and got the job. Waffner was excited for the challenge and to no longer be living out of a suitcase, but his enthusiasm was dampened when he read a newspaper article about his hire.

“The headline was basically ‘Another overpaid political hack gets a job at the fair,’” he says.

The headline was much kinder, but the first sentence referred to him as a “politically connected Cazenovia man with no fair management experience,” and the implication was clear: the 37-year-old was just another in a long line of people to receive a fair job as a political reward.

Waffner was determined to prove his worth and got a crash course in fair management his first year. The fair staff was smaller then so he got involved with every aspect — from finance and public relations to operations and maintenance. He learned a great deal from many of the longtime fair staff and grew to respect their knowledge, experience and dedication.

His first year at the fair was consequential in more ways than one. He also met his future wife, who had worked at family food stands there since she was a child.

Over time he’s gained a detailed understanding of the challenges associated with running the fair. He acknowledged the inherent challenge of balancing the agricultural and entertainment aspects of the fair. The important thing is drawing people here, Waffner says, even if they just come for the entertainment, such as the many concerts throughout the fair.

“Once they’re here they can’t help but be educated,” he says. “They’ll leave here with a better appreciation of agriculture.”

And the hardest part of running the fair? The preparation and planning in the buildup to opening day, Waffner says. Once the first day is over, the fair is like a train going down the tracks. The whole operation has gotten smoother over the last several years, Waffner says, in part due to the continuity of the staff.

During his tenure Waffner has overseen monumental changes and investment at the fair. The demolition of the old grandstand in 2015 and 2016 kicked off the changes. Waffner says many of the longtime staff were emotional when the grandstand was demolished. Even though he had gone to his first concert there, he says he didn’t have the same emotional attachment and welcomed the change, even if it came with pangs of doubt and worry.

“You’re always nervous with those changes because this isn’t like changing the color of your house,” he says. “You can repaint your house.”

Once the grandstand and track were removed, however, it opened the fairgrounds up and allowed the space to be reconfigured in a way that created a more enjoyable experience for visitors. A new RV park was built and the midway reorganized. More trees and green space were added, including the New York Experience, which includes 15 acres of grass and a 2-acre pond.

The result has been a fairground layout that makes more sense, eliminating bottlenecks and giving visitors more space to stretch out, Waffner says.

There was also the construction of a new main gate and projects to expand parking and ease traffic congestion. Waffner says the most gratifying project, however, was the massive new multipurpose Expo Center. Earlier this year Waffner says his staff had the honor of helping open up one of the largest mass vaccination sites in the country at the Expo Center. At one point nearly 10,000 vaccinations were being given every 24 hours at the site.

After last year’s fair was canceled due to the pandemic, Waffner and his staff are focusing on ensuring the fair this year goes off without a hitch.

Waffner says that during each fair visitors show up at the administration building and guest relations to provide feedback in person as well as via email and social media. Visitors have no qualms about letting them know what they’re doing well and what they’re not.

“I always say the state fair is like a publicly held corporation,” Waffner says, laughing. “Everybody in Central New York thinks they own a share and the state fair itself becomes the annual shareholder’s meeting.”

Personal: Married nine years to wife Susan, whom he met at the fair. Has a dog named Pandora and a cat named Black Kitty.