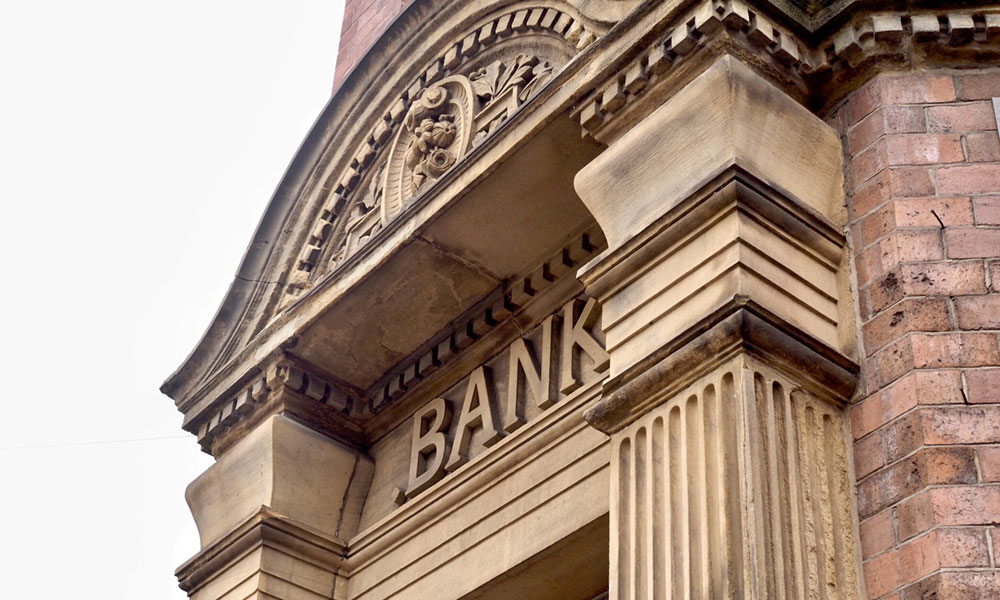 Community Bank leader looks at the changing face of finances

From the post-World War II period through 2009, the number of bank branches in the United States has grown every year.

In comparison, from 2010 to today, the number of branches has declined every year.

“Certainly online banking has grown rapidly and continues to grow and has obviously impacted branch traffic, not just for us but for the industry as a whole,” said Mark Tryniski, president and CEO of Community Bank. “And we expect that to continue.”

While online banking has been around for a while, that’s not the case for mobile banking.

“If you look at the penetration rate on mobile banking, the line goes almost straight up,” he said.

The first big innovation in banking — the ATM — took nearly 20 years for half the consumer base to get comfortable with, Tryniski noted.

“Then you had online banking, and that had a slightly faster adoption rate with customers, but still somewhat gradual,” he added.

Mobile banking, meanwhile, has a penetration rate that has been “almost hyperbolic,” Tryniski said.

“Each advance in banking — ATMs, online and mobile — has had faster adoption rates than the one before it,” he added.

Tryniski noted big banks have shuttered many branches over the last several years.

However, JP Morgan Chase & Co. recently announced that it intends on opening 400 new branches in the Philadelphia area.

“Banks are still going all in on brick and mortar, but they are also closing and consolidating lots of other branches,” said Tryniski, noting there is a “real branch rationalization” process happening now in the industry.

“Our branch traffic has not changed a lot, because we’ve grown our customer base over time. What has declined are branch transactions per account,” he said.

Community Bank branches are larger in terms of customers and deposit base compared to 10 years ago, but branch traffic has not increased nearly at the same pace, he said.

Playing a prominent role in the banking world are online and mobile banking options.

“There is not a big difference. Usually mobile banking has somewhat less functionality. The underlying platform for mobile banking is a different software application,” he said.

“It’s all interconnected, and it’s all connected to our customer files and data warehouses that stores everyone’s information, but they are different platforms,” he added. “I think typically there is more robust functionality with online than there is with mobile as a general rule.”

Online banking refers to using a PC, while mobile banking is a platform specifically made to interact with mobile devices, which means screens have to be the right size and have the ability to scale up and down depending on the size of the device.

Also, there are different security protocols with mobile banking than there is with online, Tryniski noted.

Both translate into not having to go into a branch, he said.

“So whether you are using a PC or mobile device, you have access to your account for the purpose of being able to transact business,” he said.

Running with the pack

Tryniski said it is vital to have a user-friendly and competitive website.

“It’s helpful if it’s visually attractive. We’re all humans, and you look at things and make judgments based on the look and feel of visuals,” he said.

More importantly, however, is its functionality in terms of what it can do, its intuitiveness and how easy it is to navigate around the website, he added.

He said quality of website is a function of the size of the bank.

He said financial institutions such as JP Morgan Chase & Co. and Bank of America are channeling billions into technology annually.

“I think the bigger banks have better technology and better digital platforms than other banks do,” he said.

However, some of the smaller banks do use inexpensive third-party platforms that replicate the bigger bank look.

“I would say we’re somewhere in the middle. We are not like JP Morgan Chase & Co. and Bank of America, but I would say we have pretty decent digital platforms,” he said.

Tryniski said Community Bank customers “do about 90% of what you can or would want to do on a big bank digital platform.

Banks such as Community Bank can also do peer-to-peer payments, which allow the transfer of funds between two parties using their individual banking accounts or credit cards through an online or mobile app.

Tryniski said the environment is changing rapidly on the technology front, and Community Bank will unveil a new mobile banking platform that features next-generation amenities in 2020.

Community Bank does have an online platform that allows customers to open an account without going to a branch.

“We can verify your identity, and you can process the funding of the account in your pajamas on your couch if you want,” he said. “We rolled that out recently and already have several thousand new accounts that have signed up on that online platform.”

Community Bank is also planning to roll out a platform that allows customers to get credit online.

“Everything is transitioning to a digital platform slowly over time,” he said.

From Student to Employee