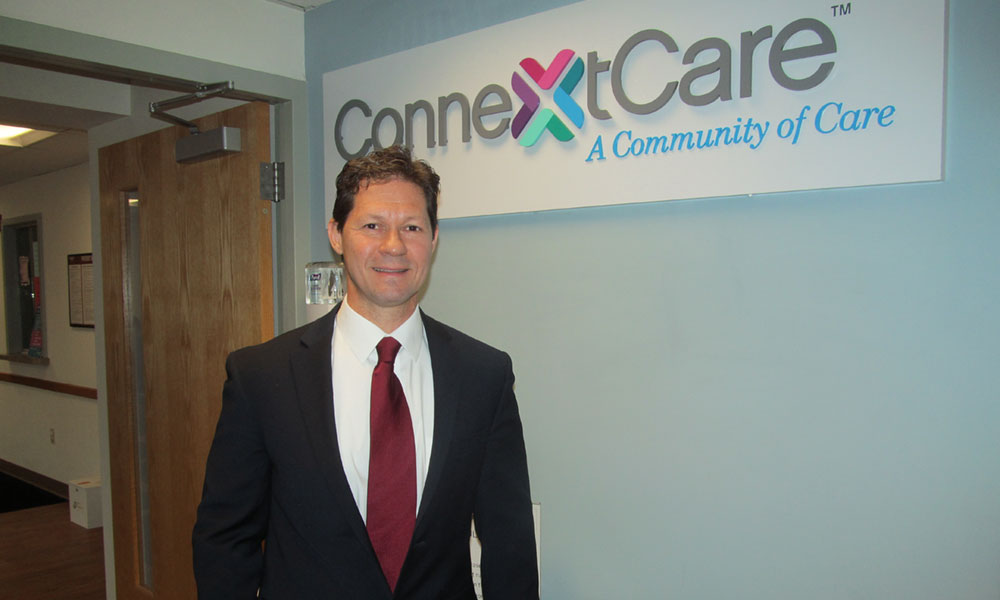 While dedicating one’s life to health care is certainly a noble pursuit, focusing that care on underserved populations such as those seen in the Oswego County region is even more admirable.

Paul Ramos was a community activist who founded the Betances Health Center on the lower east side of New York City. He touched thousands of lives as he dedicated his life to providing health care to a significantly underserved population.

“It is both humbling to receive an award that honors such an amazing individual, and a privilege to provide medical care to the underserved population in our surrounding communities,” Carguello said.

“I ensure that we provide the highest quality care while achieving regulatory objectives without overburdening our health care teams,” he said.

Carguello, 49, originally from Rochester, spoke to the choice of ConnextCare and Pulaski as areas to practice in.

“Pulaski is about five miles from Sandy Pond, where I spent my summers visiting with my grandparents at their summer camp,” he said. “My parents turned that summer camp into their retirement home. My wife Wendy and I moved up here to be closer to our families in Sandy Creek and the Syracuse area.”

“Coming closer to family was objective No. 1,” he said.

“Fortunately, the federal government forgave my significant college and medical school debt after five years, and the mission of ConnextCare helped to anchor us here,” he added.

Carguello’s leadership has been instrumental to the significant expansion of ConnextCare since his arrival in 2003.

The expansion resulted in an increase in access to primary and preventive health care services in Oswego, southern Jefferson and northern Onondaga counties.

ConnextCare was the result of a rebranding of the former Northern Oswego County Health Services Inc. in 2018.

The most significant growth occurred as leadership from Oswego Hospital, Oswego County Opportunities and NOCHSI came together approximately 10 years ago to merge medical practices under the governance of NOCHSI.

“This initiative stabilized primary care in our county and surrounding counties by merging several vulnerable practices under our stable FQHC governance and status,” Carguello said.

He said none of this would have been possible without the efforts of ConnextCare President-CEO Dan Dey and Executive Vice President-Chief Operating Officer Tricia Peter-Clark.

Data indicates that Oswego County has much higher rates of obesity, smoking, inactivity and other modifiable behaviors like excessive alcohol consumption.

He said ConnextCare has responded to these community wide health threats.

The American Heart Association and American Medical Association have recognized ConnextCare as a Gold Level Organization for achieving more than 70% control of blood pressure with its patient population in 2019.

“ConnextCare also has shown superior control for diabetic patients with better control than both state and national goals,” Carguello said. “We need to continue with success in these areas as it will help to lower rates of cardiovascular disease and death.”

Another significant health issue in the county is the opioid epidemic, Carguello noted.

Around 10 years ago, Glenn Thibault, a family medicine specialist at ConnextCare, started providing care for opioid addiction by prescribing Suboxone.

Since he started providing this care, ConnextCare has since added several Suboxone prescribers, Carguello said.

“ConnextCare has played a significant role in reducing overdose death rates over the last several years and plans to continue to provide and grow this very important service,” he added.

Aside from his administrative duties, Carguello also works as a full-time family physician.

During his first two years at ConnextCare, he did not have an administrative role.

“It was very easy to build a practice here because there was such a shortage of providers. So within a year, I was pretty full and by two years, fairly saturated. When given the opportunity back then to become medical director, I took it but wanted to keep my full-time practice,” he said. “Patient care is what I really enjoy.”

ConnextCare is addressing the physician shortage by taking a proactive approach.

“One thing that we’ve done to help extend our physician staff is grow relationships with SUNY Upstate Medical University and Le Moyne College for their nurse practitioners and physician assistants,” he said. “We’ve evolved from where we were in 2003 with a limited number of mid-level NPs and PAs and a higher number of physicians to now a much larger complement of NPs and PAs.”

“They are crucial. We have a number of teams of physician pairings with NPs and PAs that allow physicians to be extended out to accommodate patients that really need care,” he said. “Without this system that we built, we wouldn’t be able to do it.”

Carguello said he enjoyed teaching medical students during his residency days, which led to an outstanding teaching resident award.

“I have carried this on as an attending and have taught many medical students, nurse practitioners and physician assistant students over the years,” he said. “Many of my former students are employed health care providers for ConnextCare and I take pride when I sit in the office with a patient and they praise the health care providers that were my students.”

As a medical provider, Carguello said he tries to lead.

“Our quality team reviews many health indicators for our patients and I strive to achieve high-quality outcomes with my patients as a physician leader in our health center,” he said.

“My father is an industrial engineer. Efficiency and time management were imbedded in my upbringing,” he said. “This mentality has helped me with documentation and computer challenges so that I can leave my computer in the office.”

Carguello’s first job as a family physician was for the Olean Medical Group, a multi-specialty group in the Southern Tier.

“I worked with almost every specialty in the outpatient setting and also took care of hospital patients, including newborns, pediatric and adult admissions and also adult patients in the intensive care unit,” he said. “This first job was like a second residency for me.”

This training, along with practicing in Pulaski with accomplished physician leaders like Pat Chapman, Jay Chapman and Charles Kim, helped Carguello be prepared for all his current duties.

“I chose family medicine because of the broad variety of diagnosis and patient populations keeps work interesting,” he noted.

Carguello said relationships with patients are “definitely the most satisfying part of being a family physician.

“It is rewarding to help someone through a challenging medical problem. It is also nice to get compliments about care that was provided to a family member.”

“As a family physician, I treat many diagnoses daily that can be treated or prevented with lifestyle modifications,” he said. “Exercise is definitely important to me and a huge part of stress relief for me.”

Carguello does a combination of cardiovascular exercise and resistance exercise about 45 to 60 minutes a day.

“My wife and I try to see that our family has a healthy diet that is low in sodium, concentrated sweets, saturated animal fats and high in fruits and vegetables,” he noted.

Carguello addressed the need to achieve a successful work-life balance.

“Physicians, especially family physicians, have had very high burn out rates since the evolution of electronic health records,” he said.

Carguello credits his family and parents for helping him to not suffer from burnout.

“Growing up in Upstate New York and camping throughout Upstate has helped me to appreciate how beautiful our region is and how necessary vacation time away with family is,” he said. “The ‘recharge’ from a vacation is invaluable.”

“We have always carved out time to get the family together and get away, whether it be skiing, hiking or biking together,” he said.

Meanwhile, the Carguello family has done significant fundraising for diabetes research over the years.

His oldest son Benjamin was diagnosed with Type 1 diabetes at the age of 9. Benjamin and his family formed a riding team called “Carguellos for a Cure” a year after he was diagnosed and has done several Tour de Cures around Oneida Lake.

“We plan to eventually turn our summer camp on Sandy Pond into our retirement home, as long as Plan 2014 [plan to regulate Lake Ontario water levels] doesn’t interfere,” he said. “Wendy and I also love to travel and will probably do that during the winter months a bit to break up the long winter season.”

The Missing Piece of the Economic Development Puzzle