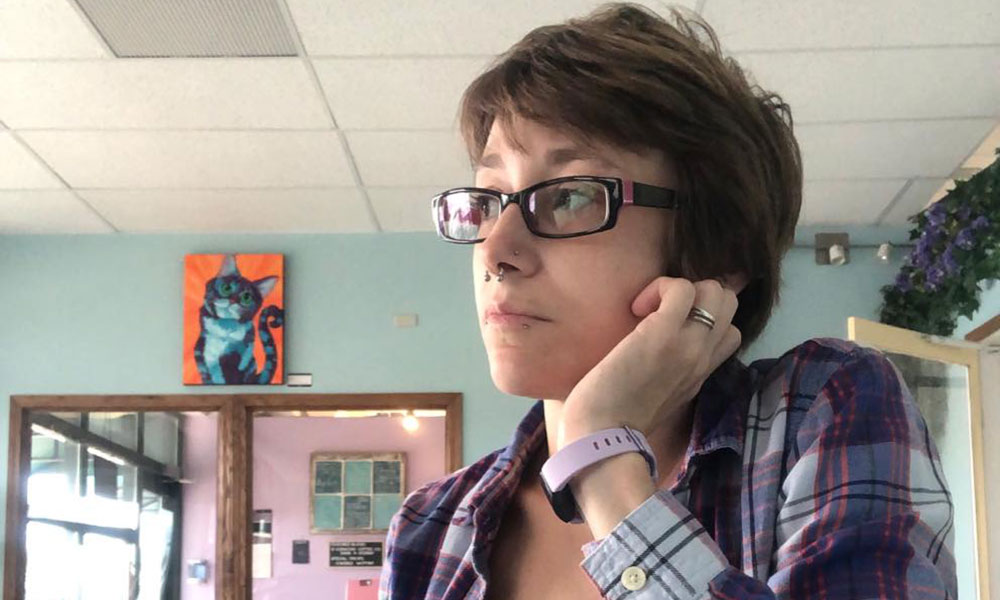 Alisha Reynolds first visited a cat café while in Norfolk, Virginia. “I’ve had so many missed opportunities; I wanted to do something for myself,” she says.

For people seeking both a cat fix and caffeine fix, Alisha Reynolds recently opened Pawsativitea CNY in the CNY Regional Market. Reynolds has worked on opening the cat café since January; however, the pandemic put her plans on hold a few months.

The café offers the typical coffee shop fare — beverages and baked goods — and it includes a separate cat lounge area, where customers can mingle with more than a dozen felines available for adoption through the SPCA and from CNY Cat Coalition and other cat rescues. Guests unable to adopt a cat are also welcomed to simply enjoy the feline’s company.

“There’s a bunch of colleges in the area and if the students miss their cats at home, they can drop in and get their fix,” Reynolds said. “It’s also for people who live in apartments that don’t allow pets. If they move to a different place, they can take one home.”

The locally sourced cats will have their adoptions processed through their respective organizations. Those from out-of-town rescues, Reynolds will handle by requiring an application and a fee to cover the alterations and first rounds of vaccination shots.

Reynolds earned a bachelor’s degree in fine art and an associate degree in culinary art from Mohawk Valley Community College. Her café reflects her education, as she features feline art and she bakes some of the cookies, muffins and cupcakes. A local bakery will make vegan treats. Gluten-free goodies are also in the works.

The shop also sells a few locally made gifts and cat items.

Reynolds first visited a cat café while visiting Norfolk, Virginia. in 2017. That planted the idea to start one back home in Central New York. Reynolds didn’t forget her dream of the cat café but continued working until the time was right. She has enjoyed cats her entire life. At home, she keeps four cats, plus 11 birds.

“I’ve had so many missed opportunities; I wanted to do something for myself,” she said.

Last December, she was working three jobs, one in retail, another at a restaurant and a third in banking. Despite this, she filed her LLC, signed a lease Dec. 31 and worked on renovating her rental space until late August 2020. Her lease included three spaces that she joined to form the café.

Reynolds partners with shelters to provide the cats available for adoption. The cats live at the café with their own litter and feeding area away from the seating area. The “kitty side” occupies two-thirds of the 1,200 total square feet.

She and her husband, Ron, put a lot of sweat equity into the shop to prepare it for customers. They purchased and refurbished seating and crafted a wood slab for the shop’s countertop.

“People can just watch,” Reynolds said. “A few people want to go see cats but their friend might be allergic.”

The café features a double door buffer system to make sure no kitties slip into the café side. Only beverages are allowed into the cat room.

“The health inspector said that it’s a cool concept and as long as we keep everything where it belongs, that’s okay,” Reynolds said.