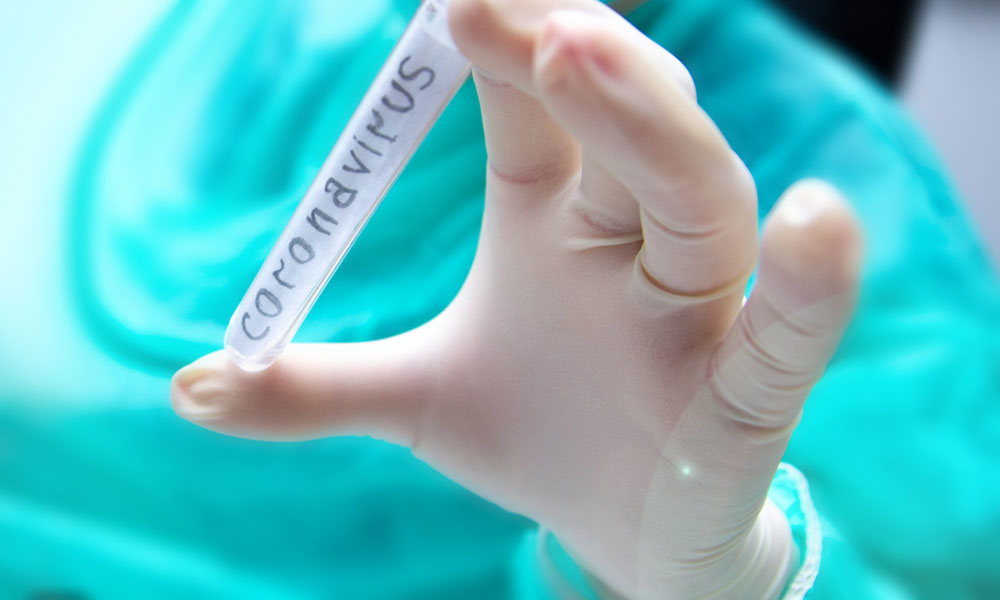 What has changed since the start of coronavirus crisis? Everything!

‘Sure, we have had disruptions in our lives before. When weather forecasters warned of a major snowstorm or blizzard, for which our part of New York state is especially famous, or other dislocating events, we saw panic-buying at grocery stores, but in those instances we knew that the emergency was going to be of relatively short duration.

A little more than three months ago, China reported a cluster of pneumonia cases which became the genesis of the novel coronavirus.

In New York state, as of March 24, there were more than 23,000 cases with 157 deaths. Nearly two-thirds of the cases and 80% of the deaths have been reported in New York City. In Central New York, the number of cases as of March 26 was more than 100, with about half being reported in Onondaga County. Oswego County had eight cases at that point. As you are reading this, the numbers are sure to be even higher. They have been changing on a daily basis.

It seems almost incomprehensible that in about three months our lives have been turned upside down by a novel (new) virus for which there is no vaccine and one is not likely to be approved for use for 12 to 18 months.

Things we have taken for granted — having dinner at our favorite restaurant, picking up a bottle of wine at the liquor store, socializing with family and friends, shopping, going to classes — are on hold for weeks, maybe months.

The simple pleasures of life — attending concerts and sporting events, taking part in church services or seeing our child or grandchild’s performance at a dance or piano recital — are no longer options.

Taking a trip to see relatives, planning a cruise, getting ready for summer vacation — they’re all on indefinite hold.

High school and college seniors, who typically at this time are planning year-end events and celebrations — proms, graduations, class trips, parties — they aren’t going to happen unless those involved violate the government’s decree to ban events like this.

Let’s be honest: There are those who have downplayed this crisis and who want to pooh-pooh these dire warnings. Those photos of spring break revelers on Florida beaches made many of us angry at the self-centeredness and callousness of these young people who believed that this was an “old person’s disease.” Now, they have found out from researchers and health professionals who have been tracking COVID-19 that more than 20% of those afflicted are in the 20-45 age group.

Businesses, which until just weeks ago were recording record profits in an economy that was humming along at unprecedented levels, are shut down and millions of employees are suddenly without jobs or soon will be.

The stock market, which seemingly set new records daily, plunged into bear market territory and beyond, and most financial experts believe we are already into the early stages of a recession and fear we may even be talking about the dreaded “D” word — depression. Our individual retirement accounts (IRA) have in some cases been depleted by 40%, more in some cases.

We are in unchartered waters where fear, anxiety and panic have become our daily companions.

Sure, we have had disruptions in our lives before. When weather forecasters warned of a major snowstorm or blizzard, for which our part of New York state is especially famous, or other dislocating events, we saw panic-buying at grocery stores, but in those instances we knew that the emergency was going to be of relatively short duration.

Those of us old enough remember two oil crises in the 1970s because OPEC put the screws on oil supplies. In 1973 and again in 1979, we sat in long lines every other day to get gasoline to fill our vehicles — assuming we could even find any.

With this contagion, we do not know whether the disruptions will last two weeks, two months or much longer. Some health experts have warned us to be prepared for up to six months of the types of challenges we are facing today, including product shortages. Even after the immediate danger has passed, we are basically clueless at the moment as to how things will play out after that.

We are told to stay home. Do not go to public places. Practice safe-distancing, which means staying three to six feet away from another person. We are given daily reminders to wash our hands for 20 seconds, use hand sanitizer (if you can find any), frequently clean surfaces with disinfectant (if you can find any), don’t allow anyone into our homes except immediate family and take a number of other common-sense precautions.

News reports in newspapers and TV are devoted almost exclusively toCOVID-19-related information. Each day, the virus’s toll is reported — how many infected, how many have died. It seems as if any other kind of news has suddenly stopped. Social media are abuzz with comments and information-sharing posts. Along with the helpful is the misinformation that always occurs in crises.

Of course, also a part of these crises are the charlatans and snake-oil salespeople who come out in force trying to make a buck on the vulnerable, fearful and anxious.

Despite laws against it, price-gouging has become rampant, too, with outrageous prices being charged for hard-to-find items such as hand sanitizer, toilet paper and a number of food products.

During my 80 years, I have lived through other pandemics — the most serious being the 1968 Hong Kong flu virus that killed about a million people, including 500,000 or 15% of the population of Hong Kong. The Asian flu, which struck while I was a senior in high school in 1956-57, killed 2 million people worldwide, including 70,000 in the United States and made some of my classmates really sick.

When I was a boy, childhood diseases such as measles, mumps and chicken pox were common. Several of my friends and I had all three and were quarantined at home at various times until we recovered and could no longer spread the diseases to others. There were even quarantine placards on our windows to warn people to stay away.

‘What is unfolding before us with this novel coronavirus is unprecedented in its reach and scope, so we are being asked to act in a manner to which we have never been accustomed.’

During World War II, rationing was a means of ensuring the fair distribution of food and other commodities that were scarce. Among rationed goods were gasoline, butter and sugar, but, eventually, most foods were covered, and shoppers received ration stamps which they used to buy sparing amounts of these items.

But what is unfolding before us with this novel coronavirus is unprecedented in its reach and scope, so we are being asked to act in a manner to which we have never been accustomed.

Living in a country such as ours, where we can basically come and go as we please, it is shocking for us to face a new normal for an unknown period of time.

We are being asked not to do some of the things that have become second nature — shake hands, hug, kiss, hold hands, touch our face, lick our finger to turn the page of a book or newspaper, etc.

This will be one of the biggest tests of what we citizens are made of. We have lived through other scary events. The Great Recession was just 12 years ago when the jobless rate soared and the country nearly went into depression. There was 9/11 two decades ago and the unsettling days and months that followed, yet we came together dedicated to fight the threat of terrorism.

Now, as then, heroes emerge. Those on the front lines, especially the health-care providers in all of our communities, deserve our thanks, admiration and praise. We also salute the workers who remain on the job in critical businesses such as supermarkets and grocery stores, those restaurant workers who continue to serve takeout meals and other unsung heroes who put their lives at risk to help us.

We got through those scary times, and we will get through this one, too, with common sense, sensible precautions, accepting the sacrifices we have to make for the greater good and by following the instructions of our health professionals and government leaders. We ignore their guidance at our peril and at the peril of our loved ones and the community in general.

Let us also understand that we need to conduct our lives with an abundance of caution at this critical moment. This is not a time for downplaying or minimizing what faces us

We citizens have an extraordinary track record for meeting challenges and rising up to conquer them. Let us face this challenge with the same fervor. Remember: We are all in this together.