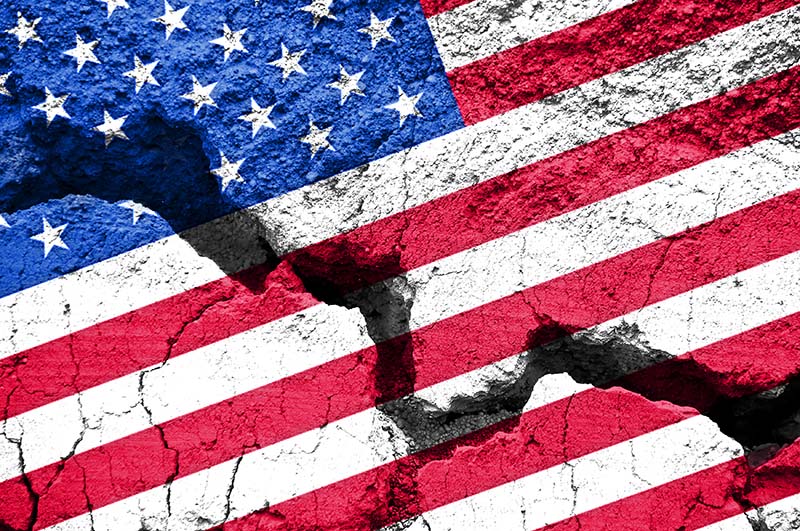 Public service is one of the noblest ways to give back to a person’s community, but, quite frankly, I am gravely concerned that the political climate in our country is going down a frightening path. I fear for their safety.

In November, Kenneth Gasper, 64, of Lake Ronkonkoma, Long Island, was arrested for telephoning a death threat to U.S. Rep. Andrew Garbarino, a Nassau County Republican who voted for the recently enacted $1.2 trillion infrastructure package. Three other Republican House members were among 10 House members who voted for the bill: John Katko, who represents a large chunk of Central New York, Nicole Malliotakis and Tom Reed.

Garbarino said that misinformation spread by some House members and conservative talk show hosts has put the safety of him and the other colleagues at risk. “I’ve had the police at my house, and they’re more concerned about these [threats] that have been coming in than the ones I’ve gotten in the past,” Garbarino said.

‘It was not long ago when people with divergent political views could discuss their differences without screaming at each other, without calling each other vile names and using four-letter words and without threatening reprisals, even violence.’

Katko said attacks, even from Trump, will not sway him from doing what he needs to do for the district. Noting that the bill benefits everyone, Katko said sometimes politicians need to go against the grain and step out of the lock-step of a party vote. Katko was also one of the few Republicans who voted to impeach Trump after the Jan. 6, 2021, insurrection at the Capitol.

Trump was impeached but was acquitted by the U.S. Senate. The Camillus-based congressman announced Jan. 14 he wouldn’t seek re-election in November. He will retire from politics at the end of his second term.
It was not long ago when people with divergent political views could discuss their differences without screaming at each other, without calling each other vile names and using four-letter words and without threatening reprisals, even violence.

Not only are politicians who do not toe their party’s line coming under attack, but other public officials, most notably school board members of late, are reporting threats at or after board meetings, anonymous phone calls at all hours of the day and night, even confrontations in parking lots. Much of it revolves around COVID-19 precautions or fear of teaching critical race theory.

Former U.S. Rep. Gabby Giffords, D-Arizona, writing recently in The Washington Post, offered her views about the recent stabbing death of Conservative Parliament member David Amess in Great Britain while he was meeting with his constituents.

“I was horrified and heartbroken,” Giffords wrote. “Amess was doing exactly what I was doing on that day [in 2011] near Tucson — listening, connecting. But he paid for his public service with his life.’’

Giffords was shot in an assassination attempt in 2011 in a Tucson, Arizona, suburb during a “ Congress on Your Corner” program, which allowed constituents to speak directly to their representatives. She suffered severe brain injuries and ultimately had to resign from Congress. Nineteen other people were shot, six of whom died from their wounds. The shooter, Jared Lee Loughner, pleaded guilty to 19 of 50 charges to avoid a death sentence and is now serving a life sentence.

Giffords went on to say that the polarization and extremism have only gotten worse over the past decade. “ Harassment and threats against government officials are no longer the exception but more the norm,” Giffords wrote.

Isn’t that a sad commentary of how low we have sunk? Instead of expressing our gratitude to those who are willing to give up their time and serve with no compensation on the local school board, some bad-mouth them and scream vile things at them because they disagree with them. In some cases, they issue veiled or real threats of bodily harm.

You’ll recall that there are five men awaiting trial in Michigan for plotting to kidnap Michigan Democratic Gov. Gretchen Whitman because of her directives to curb COVID-19.

During the Jan. 6 riot at the Capitol in Washington, D.C., a number of the insurrectionists said they intended to inflict bodily harm on former Republican Vice President Mike Pence, Speaker of the House Nancy Pelosi, D-California, and Senate Majority Leader Chuck Schumer, D-New York.
It is chilling to recall how close they were to actually finding these and other legislators. If they had found Pence, would they have hanged him as they were threatening to do? Remember the noose that some of the insurrections were carrying? I don’t know about you, but I see it as a real possibility. This enflamed mob was out of control and out for blood, and if they had caught any of the “ big three,” anything they might have done to them was on the table.

The situation has gotten to the point where the Department of Justice has directed the FBI to meet with local governments and law enforcement officials to discuss strategies to deal with increasing threats to school board members and school personnel.

School board meetings have come under attack because of vaccine and masking policies, and there has been a conservative backlash against discussions of race in public schools, especially involving the concept “critical race theory,” which is not taught in any of our local elementary, middle or secondary public schools.

“Threats against public servants are not only illegal, they run counter to our nation’s core values,” wrote Attorney General Merrick Garland in his memorandum several months ago to FBI Director Christopher Wray.
Around the country, public officials have received an increasing number of threats. Referring to Chris Krebs, a Homeland Security election official fired by Trump, one of the former president’s attorneys, Joseph DiGenova, said Krebs should be “ drawn and quartered, taken out at dawn and shot.”
Former Trump aide Steve Bannon said that FBI Director Wray and infectious disease director Anthony Fauci should be “ beheaded and their heads mounted on spikes as a warning to federal bureaucrats.”

Americans who are angry about police brutality, pandemic restrictions or the 2020 election outcome have taken it out on people who work for the government — not just those elected to positions of authority, but lower-level workers, too.

Across the United States, dozens of health officials have quit since the pandemic began, some citing death threats and intimidation, some of it from the upper echelons of their state’s government.

Perhaps the most compelling revelation I can point to that puts this issue into crystal clarity is the comment Pennsylvania Senate Republican Majority Leader Kim Ward made after dozens of her fellow Pennsylvania GOP legislators sent a letter calling on their congressional delegation to reject electoral votes for Joe Biden in the 2020 election. Ward told The New York Times, “If I would say to you, ‘I don’t want to do it,’ I’d get my house bombed tonight.”

My God, what has happened to civility? We presumably pride ourselves on living in a civilized society, so why aren’t we acting as if we do?