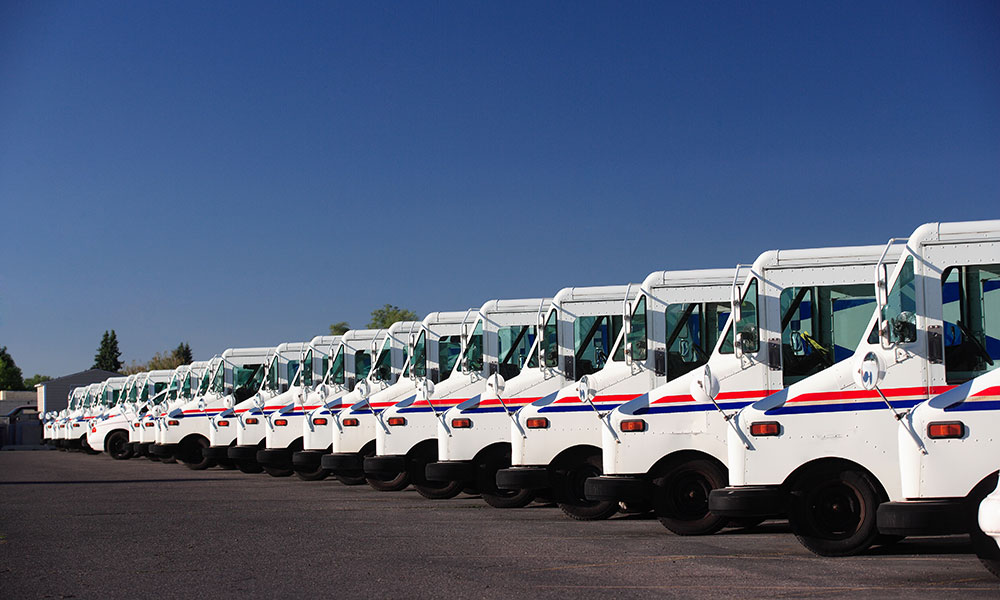 Today’s Postal Service is a far cry from its glory days. If mail performance doesn’t improve significantly, expect long-term consequences for the Postal Service’s reputation for reliability and more frustration for us.

Back in the Golden Age of Radio, there was an unrehearsed quiz program called “Can You Top This?” where comedians would tell jokes to see who could top the others in audience reaction.

A variation of this springs to mind in the anecdotes the U.S. Postal Service customers are telling each other about the pace of mail delivery service these days. No wonder it’s called “snail mail.”

One friend might say, “It took three weeks for my letter to get from Oswego to Binghamton.” Another might chime in, “Heck, that’s quick compared to my letter which took five weeks to go from Syracuse to Watertown.”

I have had my own maddening experiences and challenges, most recently when I received a credit card bill in the mail four days after it was due to be paid. Fortunately, I had realized that the bill had not arrived at its usual time, so I tracked it down online and saved myself the interest for a late payment.

I am told, however, that most companies will waive the late fee if you call to plead your case, but getting through to any human at any company these days takes the patience of Job, and, quite frankly, I think even he would be put out by the wait times.

Some area residents whom I contacted said the situation seems to be getting gradually better, but around the Christmas and New Year’s holidays, it was horrendous.

To make matters even worse, Postmaster General Louis DeJoy announced recently that the price of a first-class stamp will go to 58 cents, a three-cent (5.5%) increase.

On top of that, proposed service standards, or the amount of time the agency says it should take to deliver a piece of first-class mail, represent the biggest slowdown of mail services in more than a generation. It involves significant reductions in airmail — a Postal Service tradition dating to 1918 — and geographic restrictions on how far a piece of mail can travel within a day.

This means, for example, if Congress approves DeJoy’s “efficiency” plan, it would take a day to three days longer for mail to be sent from Central New York to states west of the Mississippi River. Now, the standard is to get mail from our area to anywhere in the continental United States within two business days. Please, don’t laugh.

Quite a paradox, don’t you agree? The more unreliable the service, the higher the cost. No wonder the Postal Service is hemorrhaging cash.

Attorneys general from 21 states, led by New York’s Letitia James and Pennsylvania’s Josh Shapiro, wrote to the Postal Regulatory Commission to oppose the changes, arguing they discriminate against mail consumers based on geography and that the Postal Service was likely to return to the poor operational decisions that slowed mail service last fall and winter.

The Postal Service was under considerable pressure leading up to last year’s presidential election since there was so much reliance on mail-in ballots because of the COVID-19 pandemic.

Actually, the Postal Service performed fairly well in getting the ballots to their destinations on time. Unfortunately, the same cannot be said for other mail. For the Postal Service, it was the proverbial perfect storm, a point acknowledged by Kim Frum, a spokesperson for the agency.

“Under some of the most difficult circumstances we’ve faced in the past century, the U.S. Postal Service successfully processed and delivered both a record number of mail-in ballots and a record number of holiday packages for the American people, amidst a global pandemic,” Frum said.

Politicians from both parties at the federal and state levels have been besieged by their constituents with complaints about the unreliability of mail service, and there are several Congressional investigations underway to try to do something about it.

‘If Congress approves Postmaster General Louis DeJoy’s ‘efficiency’ plan, it would take three days longer for mail to be sent from Central New York to states west of the Mississippi River.’

“Since coming to Congress, I have consistently supported the U.S. Postal Service and the men and women who work there. The services that the USPS provides are critical to Central New York and our nation even more so now,” he said.

“Neither snow nor rain nor heat nor gloom of night stays these couriers from the swift completion of their appointed rounds,” says the famous Postal Service motto of the ancient Greek Herodotus etched into the concrete above the New York City post office.

Did you notice the word “swift”? Assuming you are having the same frustrations that I am when it comes to mail delivery, you are probably wondering what’s going on. Why is the mail so slow?

“We have a situation where people are going days without the mail,” said state Sen. Vin Gopal, a New Jersey Democrat. “People rely on the United States Postal Services for a lot of crucial services. Obviously, technology has changed a lot, but a lot of people get their medication, they pay their bills — especially a lot of seniors. They still use the postal service, and I think that’s kind of unacceptable,” he added.

Could all of this be tied to directives issued by DeJoy when he took over the job in mid-2020? DeJoy told employees in a video message that what he called a “trajectory for success” would depend on the USPS focusing on creating a workable operating model that fulfills its public service mission. OK. So far, so good.

But then his introductory message was followed by other orders that seem to fly in the face of his stated mission. Postal workers have been told that the agency is the midst of what has been characterized as a long-delayed “operational pivot.”

When you scratch away all of the underbrush concealing the translation of such a phrase, it means that overtime will be eliminated, late-arriving mail will be left behind by carriers and delivered the next day, and other cost-cutting measures will be undertaken to make the USPS more efficient and put it on a road to long-term financial sustainability.

It’s no secret that the Postal Service has been hemorrhaging money for years, but the effort to put these policies into place in the midst of a worldwide pandemic and with an important presidential election made no sense whatsoever.

Traditionally a non-political institution that is part of the executive branch, the USPS has become less so under the previous Trump administration. The ex-president had called the agency “a joke” and insisted it must increase postal rates for big users such as Amazon, which, he said, is getting preferential treatment.

Trump appointed DeJoy, a significant financial supporter of the former president and other Republicans. He is the 75th postmaster general in a list that dates back to the first one, Benjamin Franklin, in 1775, before the Revolution.

The Post Office Department was created in 1792, five years after the ratification of the Constitution.

As much as the administration of President Joe Biden would like to get rid of DeJoy and replace him with a more experienced administrator, it can’t. While the president can fire other high-ranking executive officials at will, federal law bars the president from terminating the postmaster general under any circumstances. The removal must be made by the postal commission which DeJoy heads, and, at this point, this is not in the cards in the near future.

Today’s Postal Service is a far cry from its glory days. If mail performance doesn’t improve significantly, expect long-term consequences for the Postal Service’s reputation for reliability and more frustration for us.

‘You Can’t Handle the Truth!’