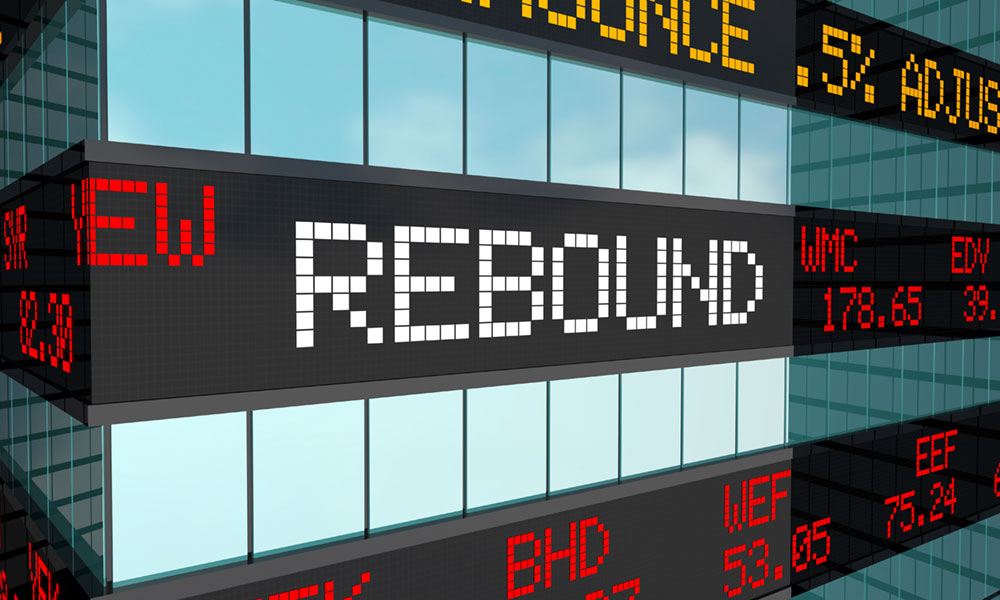 “There’s been a lot of conversations we’ve had on Zoom meetings with our board of directors who represents various industries. For the economy to come back and to have full recovery, we think it will be an extended period of time, 18 to 36 months. The sooner we get back to normal business operations, the sooner we can get back to that.”

“Partly because we’re such a diverse country and we have a very passionate, hardworking population, I feel like that we will come out of it and it will probably happen sooner than what it seems like now. There could be some more dark spots before we get there but I’m confident because we’re very resilient people. People who own their own businesses inspire me. I’m optimistic that it will happen maybe sooner than we anticipate.”

“While there are still so many variables and unknowns at this point, I believe the economy will recover slowly and cautiously through 2021 as business reopens with new measures in the face of a possible resurgence of COVID in the fall. Over the past several months while New York has been on pause, consumers’ behavior and psychology has changed. Thirty-six million people are unemployed. And if federal relief does not come to cover COVID costs, then state and local governments will begin to furlough employees such as teachers and first responders. Will consumers choose — or have the means — to rush to restaurants and stores, or will they continue to conserve cash and avoid exposure to COVID as they wait to see how reopening plays out? I believe we will see a lot of caution all around for the remainder of this year.”

“I think if we get opened back up, recovery will happen relatively fast. People have money to spend but they’re scared to spend. Humans are very social and that’s been taken away from us. We all need contact and we thrive better when we have it. It’s tough. I think people want to get moving and are tired of being in lockdown. I’ve been all over the world when I was in the Navy and the U.S. is totally different. We’ve been told what to do and why to do it and that hasn’t happened so far in our history.”

“I’m sure this is going to take a while for the economy to recover. With what’s happening in Central New York, we’ve seen some of our businesses in our community more or less reinvent themselves so they can stay open and operate. Good things are happening in the local economy. Opening of the Amazon plant hopefully in the near future, that should employ 1,000 people. That should help the local economy.”

“It’s such a difficult situation we’re facing. There aren’t any rules and we’re all playing it by ear. The stock market seems to be holding up well. If we can reopen businesses, we could recover by the end of this year or early next year. Reopening businesses is very important to achieving economic recovery.”

“I think it’s going to be 12 to 18 months, at least. I think that it’s contrary to what the politicians think and what the president thinks will happen. We have 30 million people out of work and we haven’t seen the layoffs in the public sector. Schools will see devastating budget cuts and 20% to 30% of teachers and administrators laid off within six months. When you throw 5 million out on the street, you won’t recover quickly. People will be hesitant to go out for a while to restaurants and bars. In the southern states, there’s an experiment going on. Alabama is seeing a huge spike in COVID cases because of the governor’s decision to not force people to stay home. That’s going to scare people, seniors in particular. The economy is going to slowly recover.”

“It will take two years. Next year will be a recovery mode, I’m assuming. I’m not a large retail facility or a large business that has a bunch of employees and can easily recover. Even when our economy opens up and I can work again, all those dates that I could have worked, I can’t resell them. Things book a year in advance. It’s a tough situation. It’s a matter of rolling with it.”

“I think on the outside, the economy will look like it’s recovering quickly, but it will take a couple years for small businesses to recover. I know of companies who borrowed from the Small Business Administration to make payroll.”

“I think it’s going to take a while, mostly because of the basic fear of the people. Some will be very cautious about going out. A lot of them will probably be out of work and it will take time for them to recover their money. I have the kind of business where people come in to socialize, which isn’t really possible. I’m not open. These aren’t expensive type of items. Even before I closed, I noticed things had slowed down. I closed March 19. I’m hoping to open by July. We’ve taken a large hit. It might take a year or two before things come back. I’m sure people will be cautious for at least the rest of this year.”

“As far as real estate goes, we’re crazy busy at this time. Real estate will recover very fast. We’re hoping sellers realize that this is a good time to put a home on the market as we’re getting multiple offers. As far as other businesses, I think we’ll transition back to being pretty steady by the end of the year.”

“I don’t have a prediction on how long it will take for the economy to recover because we don’t fully understand yet how badly it’s been affected. Complicating matters is the new societal unrest which is leading to more uncertainty and economic woes for businesses being broken into across our nation. I’m afraid recovery is a long way off.”

“I don’t know, of course. But I would think the entertainment and food industry will get a rush immediately. The question remains if it will be enough to bring them back considering distancing limitations. Overall, the cooperative economy has a shot at recovering by this time next year if trade balances can be worked out.”

“I think that anyone who tells you what the economy is going to do is lying. Markets remain somewhat, almost inexplicably, stable despite record unemployment. We’re still in the midst of a global pandemic, while we as a country are also on the precipice of what may turn out to be the most impactful civil rights movement in many of our lifetimes and all of this is leading up to what most believe will be one of the most vitriolic presidential elections in history. Leaders need to strategically plan for multiple potential futures, invest in transformative technologies that allow their businesses the flexibility to handle whatever may come, while also reducing other spending to better insulate against potential slowdowns in the economy.”

“I do not think that the US economy will fully recover for at least two or three years. I expect many companies to reduce their employment levels over the next few months as the negative impact of the two and one-half month shutdown becomes clearer for them. I expect an upturn in corporate bankruptcies and am concerned that many local small businesses will never reopen. These issues will all slow and lengthen the economic recovery period.”