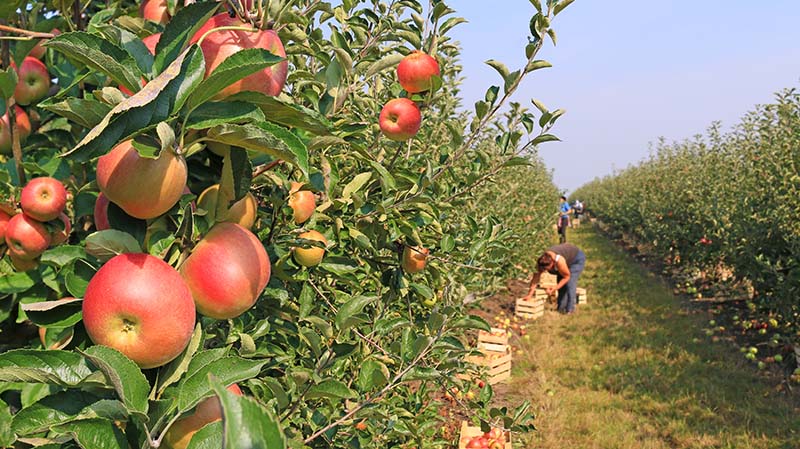 Decision on overtime threshold from 60 hours to 40 hours may determine the fate of many farmers, say experts

Farming isn’t an easy job. And, COVID-19 has made things that much more difficult in recent months.

“It’s been a challenge, a rather big challenge for farmers around the state,” said Mark James of the New York Farm Bureau. “We have supply chain issues; we’ve had fertilizer costs triple, pesticide costs have doubled in many cases. And, we’ve got wages going up as well. Labor, of any business, is your biggest expense.”

Then, there is the uncertainty due to part of the Farmworker Practices law that passed a couple years ago in the legislature, he said. A three-person wage board was appointed to take a look and make recommendations to whether or not lower the overtime threshold from 60 hours to 40 hours, he added.

A year ago, on New Year’s Eve, the board decided it would basically study it further and meet before the end of the year.

“Numerous people spoke on both sides. So, at some point, this three-person wage board is going to meet and decide what to do next,” James said.

“We, our position, and the position of farmers, has been it needs to stay at 60 hours. This is not factory work. We are a weather-dependent business,” he continued. “The other thing is farmers are price takers and not price makers. Milk prices, for example, are set by the federal government. The prices of things like produce are set by the buyers. Farmers can’t necessarily increase their prices.”

So, if the wage board decides to lower overtime threshold to 40 hours, or anything less than 60, we’re going to see a number of farms go out of business, according to James.

In fact, Cornell estimates that, at the very minimum, 15% to 25% of all farms would go out of business across the state, he added.

“We’re competing against other states that don’t have overtime. Even if farmers said ‘OK, we’re going to cap hours at 40 hours and we’re just going to try to hire more employees,’ the problem is there just isn’t more employees to hire right now,” James explained. “It’s like for every other business. If you drive around Oswego County you can see all the ‘help wanted’ signs everywhere.”

There have been a lot of retirements this past year. It has created a huge void in the labor market, he said.

According to a report from Cornell, going to a 40-hour threshold for overtime would be devastating to New York agriculture, James said.
“Once these farms go out of business they get transformed into housing or whatever else and you’ll never recoup that land,” he said.

Prices have gone up dramatically due to issues involving COVID-19 and there are supply chain issues, too.

“That certainly is troublesome. Right now farmers aren’t sure what to do; they have to plan months in advance in some cases, some times a year or two in advance,” James said. “With this uncertainty surrounding what labor is going to cost just makes things worse.”

Farmers who were able to sell directly to their consumers were better off, he noted. Those who supplied restaurants, for example, were hit the hardest by the pandemic.

But, some farmers have told him they are either going to sell the farm and go completely out of business or they are going to move their operations to another state.

There will be a trickle down affect.

“The local businesses like the equipment dealers, the lumber yards, the fertilizer dealers and all of those folks; if they don’t have the critical mass to continue to do business those places are going to go out of business as well. So we will have a ripple effect through rural New York,” James said.

He thinks that the farms that don’t have to rely on outside labor probably will survive.

“But that’s not going to feed New York. They certainly fill a very valuable niche, within the grand scheme of things. But they can’t feed everybody,” he said.