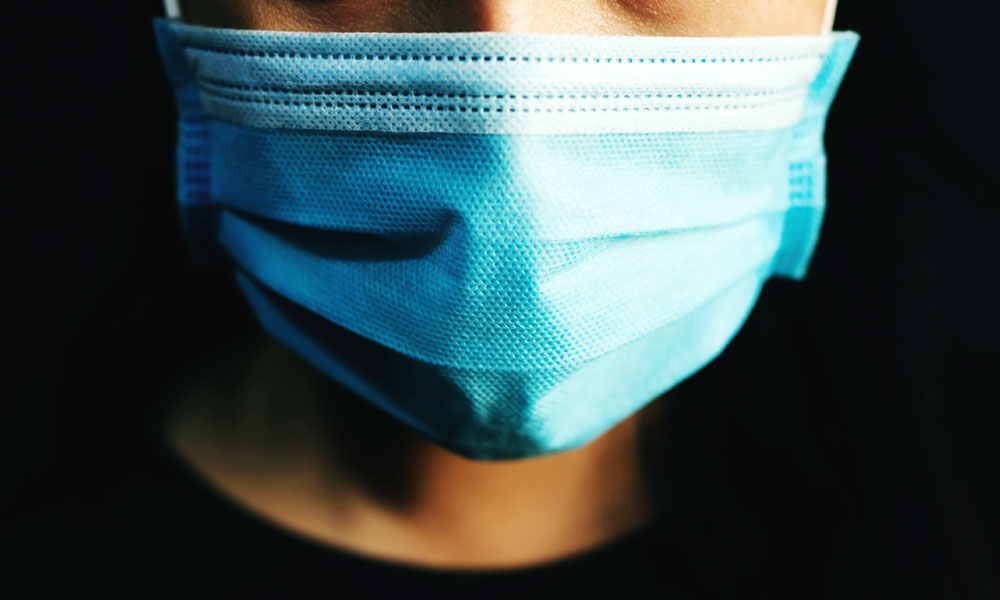 In the months since the COVID-19 virus began spreading across the United States, perhaps no change has been as noticeable as the introduction of face masks to limit the spread of the virus.

But there’s at least one place left where masks are met with some suspicion: banks.

At first there wasn’t much of a problem.

Banks, deemed essential businesses, remained opened but closed their branch lobbies. Customers could do their banking online or via one of the bank’s drive-through lanes, which offered plenty of physical distance. But as banks began reopening their lobbies to customers, they were obliged to follow the mask order.

The American Banking Association urged banks nationwide to require anyone entering a branch to wear a mask or face covering “to protect the health of bank employees and customers.”

Federal regulators, however, were skeptical of indefinitely allowing bank customers to wear face masks. Temporarily relaxing rules against face masks during the height of the pandemic made sense, according to a letter released by the Office of the Comptroller of the Currency.

“Lengthy and potentially permanent requirements that individuals wear face masks in many or even all public spaces create the very real risk of increases in bank robberies.”

Whether face masks contribute to a significant uptick in bank robberies this year remains to be seen. A smattering of face mask bank robberies has made headlines around the country. And in July, a man wearing a surgical face mask robbed the Key Bank branch in the village of Mexico.

“Do masks add additional concern to banks? I would say yes,” says Jerry Clark, a former FBI agent who teaches criminal justice at Gannon University in Erie, Pennsylvania. “The fact that you can have a mask now and enter a bank, it becomes a bit more of a challenge for the bank employees.”

Criminals are constantly looking for any opportunity they can find, Clark says, and the mask situation potentially provides an advantage.

It was still March when Barry Thompson began getting phone calls from banks asking for advice on what to do when they eventually reopened their branches to customers. Thompson, of Oswego, is managing partner of a company that offers consulting and training for financial institutions. Thompson says awareness training for bank staff has been in high demand this year.

“A lot of people are more afraid of masks than they really need to be,” Thompson says. “I find masks are more of a problem for somebody that isn’t paying attention.”

When bank staff don’t know the customer at drive-thrus and can’t identify them, they’re advised to politely ask customers to remove their mask and step out of their vehicle. Thompson says the reason is simple. A criminal is likely to leave instead of removing their mask.

Inside a branch, staff are taught to be aware of who is coming in the door and to greet them as soon as possible. Criminals don’t want to be greeted at the door and that small act can serve as a deterrent, Thompson says. At most branches, especially in small communities, staff will likely know 90% of the customers when they walk in the door. Even with a mask on, they’ll still dress the same way and walk the same way.

“There aren’t that many unusual people coming through your door,” Thompson says. “They’re going to notice something is wrong quick.”

James Dowd, chief operating officer of Pathfinder Bank, says that the bank took the extra step of adding employees at each location whose responsibility it is to sanitize all the common areas after each individual comes in.

“I think we’ve done as much as others have done to make sure the health and safety of all those who come into our building is important,” he says.

While the ability to wear a mask might give a would-be criminal a false sense of security, it doesn’t actually increase their chances of success. Bank robberies still have a high conviction rate, Clark says.

“That folk hero status that those early bank robbers entertained and enjoyed no longer really exists,” he says.

Although there some career criminals who might try to time a robbery for when the bank has the most cash, or gain access to the vault, most robberies are crimes of desperation, Clark says. The average robber who walks up to the counter usually gets less than $2,000.

Even when a criminal wears a mask, law enforcement still has many tools to help them catch the perpetrator, such as high-resolution video surveillance, bait bills, dye packs and DNA.

“You’re putting a lot of risk out for a short reward,” Clark says.