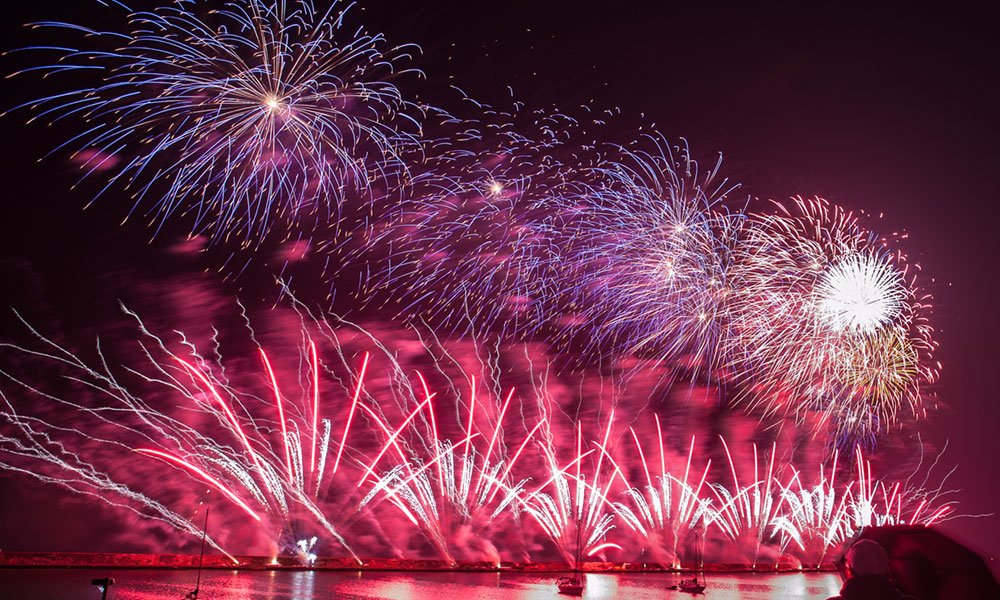 Scratch the 2020 version of Harborfest off the must-do list this summer.

The four-day annual event, which was to take place July 23-26, has been canceled due to concerns surrounding COVID-19 as well as logistical issues associated with major construction in the city.

Peter Myles is the executive director of Harborfest, and recently reflected on how COVID-19 has canceled the 2020 version.

“Really it was the concern over the health and safety of everyone involved in Harborfest, whether it be staff, vendors or people coming to the festival,” he said. “We just knew that it was going to be nearly impossible to practice safe and healthy practices.”

He said having to incorporate social distancing, use of facemasks and having concerns over food handling was too great of an obstacle.

Myles noted that festival organizers were still waiting on permitting approval from the New York State Department of Health in early June.

“They were not accepting applications,” he said.

Myles said Harborfest offices have been empty during the pandemic, which limited the staff’s ability to reach out to businesses, sponsors and members.

“It was just not a good time during the pandemic, especially with so many people laid off or not working and businesses closed,” he said. “It was hard to financially put on the festival that everyone would have expected.”

Myles said he believes it was the right and responsible thing for the board of directors to cancel the event.

While he was disappointed, Myles said he also felt a sense of relief.

“I was getting worried about having to try to rush and put together a quality festival,” said Myles, noting it would have been extremely difficult to make the necessary connections to raise money needed to present a quality festival.

Myles said his staff missed out on the prime months of fundraising during the height of the pandemic.

“Whether you are talking about contacting members, sponsors or lining up vendors, we just didn’t have that in place,” Myles said.

The festival’s board of directors held a virtual meeting to discuss the fate of the festival, and after much consternation, decided it was in the best interest of all to cancel the event.

There were other options on the table, such as scaling down the festival to feature activity just at Breitbeck Park or postponing the event until the fall.

However, Myles said other options were not fully supported, and that it has become a tradition for the past 32 years to present a high-level festival during the last full weekend in July.

Harborfest’s performance committee had essentially all musical acts lined up and ready to go before the plug was pulled.

“One of the first things we want to do is reach out to see if those musical performers are interested in coming back in 2021,” said Myles, noting that would circumvent having to go through the whole application process again and having to reconvene the performance committee.

In terms of vendors, Myles said typically 90% are the same year in and year out, particularly food vendors.

“We will be reaching out to them and our sponsors,” said Myles, noting plans call for launching the fest’s sponsorship drive this fall as opposed to late winter.

Lined up for this year were headliners The Motowners as well as The Spin Doctors.

“I can see the majority of them being available and wanting to participate in 2021,” he said.

An Old Bank is Coming Back to Life in Mexico