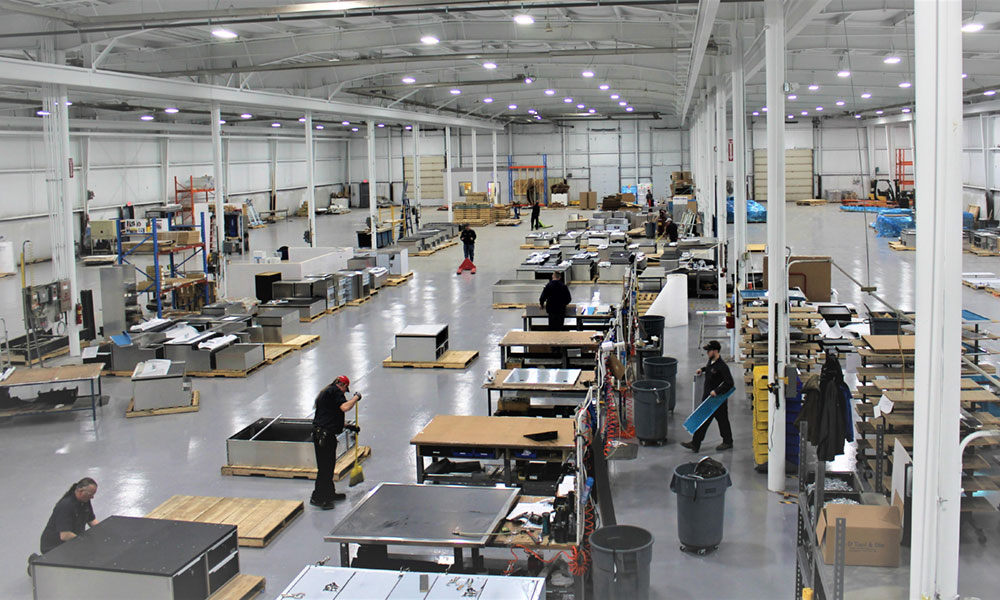 Jefferson County truly is the land of milk, honey and wine.

However, COVID-19 has tried         to put a damper on those sweet agricultural offerings.

The county — thanks to the Thousand Islands archipelago at the outlet of Lake Ontario and head of the Saint Lawrence River — is also a popular destination point for many.

Tourism, agriculture, and the equine industry are the largest industries in Jefferson County. Dairy ranks as the No. 1 type of farming done in the county.

While tourism is vital in Jefferson County, Fort Drum drives the economy.

Tourism, however, was among the most impacted sectors in the county to be devastated by COVID-19, according to David J. Zembiec, CEO of Jefferson County Economic Development in Watertown.

“Typically, the tourism season in the summer is a short window anyways,” he said. “Businesses were delayed from being able to open. Also, the delay impacted more business-related travel as opposed to recreational travel, which starts later in the season.”

By the time businesses were able to open, there was a considerably shorter window to work with while maximum occupancies were set to limit clientele numbers and exposure.

Restaurants have been shut down or are struggling to get by, he noted. Hotels, meanwhile, were paralyzed due to virus-related travel restrictions.

While no sector went untouched, there were a significant number of businesses in the manufacturing sector that stayed afloat.

If they had a line of production that was tied to an essential industry, they were given the green light to keep operating, Zembiec said.

He noted those manufacturers that were making products necessary for sectors such as transportation, infrastructure and health care to function were considered essential enterprises.

“For example, you may have a tape company that couldn’t keep operating making hockey tape, but continued to manufacture materials for use for first aid purposes,” he said.

“Some companies were forced to shut down or had to spread out their shifts — say over three shifts as opposed to two — so they avoided having people concentrated together while working,” he added.

Zembiec said it is difficult to say what sectors have fared or will fare well as the COVID-19 crisis continues on.

“It’s more on a case-by-case basis and whether companies had the alternative to sell something else,” he said.

“It kept them operating with some revenue coming in, even if was enough to just break even,” he noted.

While businesses cut back on staff with fewer clients to serve, they took the opportunity to operate more efficiently in that environment.

Zembiec said he is hopeful those efficiencies pay dividends once the virus is tamed.

He has been with the organization for 11 years, and served as deputy CEO prior to taking the top post over in January.

Meanwhile, the minimum wage has been increased in all parts of New York state outside of New York City.

The minimum hourly wage is now $12.50 from $11.80 everywhere outside of New York City, Long Island and Westchester County.

That 70-cent an hour raise will mean an extra $28 a week in the paycheck of a person working a full-time job paying minimum wage.

Zembiec said the change in the minimum wage affects some businesses more than others depending on what kind of margins they are operating with under the “new normal” environment.

“We’ve heard business people say, ‘Geez, I’m already losing money due to COVID-19. I don’t see my ability to come back and pay higher wages on top of it’,” he said.

Of great concern in Jefferson County are minimum wage standards for farm workers.

Agriculture is a growing industry in Jefferson County. From honey to cheese, milk to wine, and conventional to organic, its farms, manufacturers and agribusinesses offer a variety of products and services.

Farm operators are reportedly expecting a tight labor market and rising wages in the year ahead, in addition to continued pandemic precautions, debate over immigration reform and potential changes to overtime pay.

Even prior to COVID-19, businesses have automated some processes that are replacing jobs that require repetitive type skills.

However, automation is serving as a catalyst for new jobs that features higher wages, Zembiec noted.

“There will be growth as businesses upscale workers to be able to operate and maintain those automated systems,” he said.

Along with a host of services, the agency is offering loans of up to $10,000 for businesses with less than 20 employees as part of the Jefferson County Local Development Corporation’s $300,000 emergency assistance fund. Twenty-five percent of the loan will be convertible to a grant.

“This ensured everyone had the same accurate information,” Zembiec said.

COVID-19 slowed project development somewhat, but Zembiec noted no major project was in the hopper at the time it struck.

“Economic development takes a long time anyways,” he said. “For those looking to expand or locate a new business here, it may take a year or two before they pull the trigger and the timing has to be right.”

Discussions concerning a few prospective projects were put on hold, “but I think they will be happy eventually anyways,” Zembiec said.

JCED is also a part of the North Country Alliance, which featured a COVID-19 Emergency Business Relief Program.

Zembiec said certain products are tough to get now that many people are home more.

“Even when you go to the grocery story, the shelves for dish detergent are pretty well empty because people are home eating more and doing more dishes,” he said.

What You Should Know Before Applying for a Business Loan