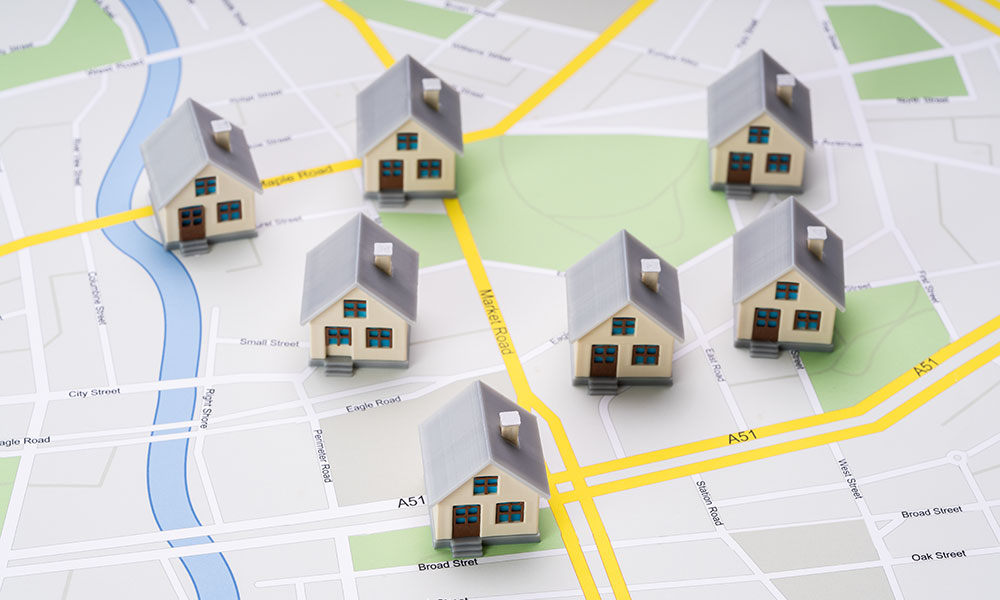 Many are taking advantage of historically low interest rates. Volume of new mortgages hit record levels in the fourth quarter of 2020

Central New York residents, like others across the nation, are taking advantage of historically low interest rates. They are refinancing or buying new homes.

The volume of new mortgages hit record levels in the fourth quarter of 2020, surpassing a 2003 high before adjusting for inflation, the New York Fed said in its latest household debt report.

Mortgage originations for home purchases spiked in the fourth quarter of 2020, with first-time and repeat buyers borrowing to buy homes at a similar pace. The researchers pointed out that, even first-time, borrowers look more financially stable now than during the mid-2000s housing boom.

”What’s good news for the buyers is the low interest rate. When you have interest rates of 2.5% as opposed to previous years being 5.5, 6.5 or 7.5 or years ago as high as 13, it’s great for a buyer. They’ll pay far less in the long-run because of the interest,” said Teri L. Beckwith of Hunt Real Estate, ERA. “And, the sellers are finding a lot of interest, too.”

“This year is definitely going to be a sellers’ market,” said Bill Galloway, broker and owner at Century 21 Galloway. “It’s been extremely busy here; just like all across the country.”

With the lower interest rates and the stimulus checks on top of that, some buyers are able to make a larger down payment.

“We’ve had multiple offers on some places. It’s crazy. It’s a sellers’ market — absolutely,” he said.

Galloway said he doesn’t see things slowing down for the rest of the year.

“Interest rates throughout 2020 were at an all-time low,” Beckwith said. “This truly makes buyers want to buy; it makes current owners want to trade up. By reducing one’s interest rate, buyers can literally buy more of a house and not see any reflection in their mortgage payment.”

It is also good for sellers, she added. They are on the receiving end of buyers wanting to hurry and make a decision.

“We all know that low rates don’t stay low long. Analysts do predict the rates to rise. And, they are currently. I feel it will be a couple of years before we have anything to worry about, hopefully,” she said.

It has been one of the busiest years in more than a decade, according to Tom Greco, mortgage loan originator with Fulton Savings Bank.

“The rates haven’t been this low in a long time. But, they won’t stay this low,” he said. “It’ll cause a buyer to jump off the fence and buy now.”

Last year was one of the better years and it is continuing into the first part of 2021, he said, adding that it’s a sellers’ market with some realtors getting several offers on just one property.

“It has been quite the competitive market for buyers. Mortgage rates are still at record lows, but so is the current number of homes for sale on the market. Meaning that there are more buyers than there are houses for sale, creating a highly competitive situation,” according to Jennifer Hall, licensed real estate salesperson at Howard Hanna Real Estate Services in Liverpool.

It is imperative that every buyer have their own buyer’s agent to represent their needs. It seems that by the time a buyer has the chance to reach out about a property, it has already gone under contract, Hall noted.

“At Howard Hanna, we are fortunate enough to have state-of-the-art tools at our finger tips to help our buyers see homes as soon as they hit the market, giving them the best chance at viewing the home before it sells,” Hall said. “I use a program called Real Scout, which is a home search engine that is linked directly to the MLS, meaning that it is fast and up to date, unlike other home search websites that can take a day or two to update.”

Currently, it is a sellers’ market, with rising home values and high interest in homes for sale, Hall said.

“Sellers are finding themselves overjoyed with multiple offers on their homes, many times at or above asking price,” she added. “Their agents are helping them navigate the sometimes overwhelming process of reading and understanding these contracts with all of their contingencies, additional documents, clauses, etc. In the last month or so we have seen a slight increase in the number of listings which will help even out the high demand from buyers and level the playing field.”

“The current low mortgage rates are spurring on the buying craze found in Central New York. These inviting rates for the buyers are also a welcome phenomenon for area sellers,” said Ed Fayette, real estate salesperson with Century 21 Galloway. “More buyers wanting the same property ultimately push up the price for most listings that are prepared to sell properly.”

“From all we’re hearing, the entire state is experiencing low inventory, with a growing number of buyers. This real estate environment is a perfect example for the importance of buyers and sellers to hire a real estate professional with experience working through the intricacies of listing homes and negotiating purchase offers,” Fayette added. “Mortgage interest rates may rise slightly in the near future, but the next year or two will still see rates that are exceptional for those looking to buy.”

That boom in the mid-2000s was blamed for leaving households heavily indebted and contributing to the pain of the 2007 housing bust. But the Fed’s researchers noted that today’s run-up looks different.

This time, both lenders and borrowers appear to be treading more carefully, and mainly households with pristine financial histories are borrowing or refinancing. The researchers note that even first-time borrowers look more financially stable now than during the mid-2000s housing boom.

Refinancing has also accelerated. That extends to “cash out” refinances, in which borrowers re-up their home loans and pocket some money against their home equity.