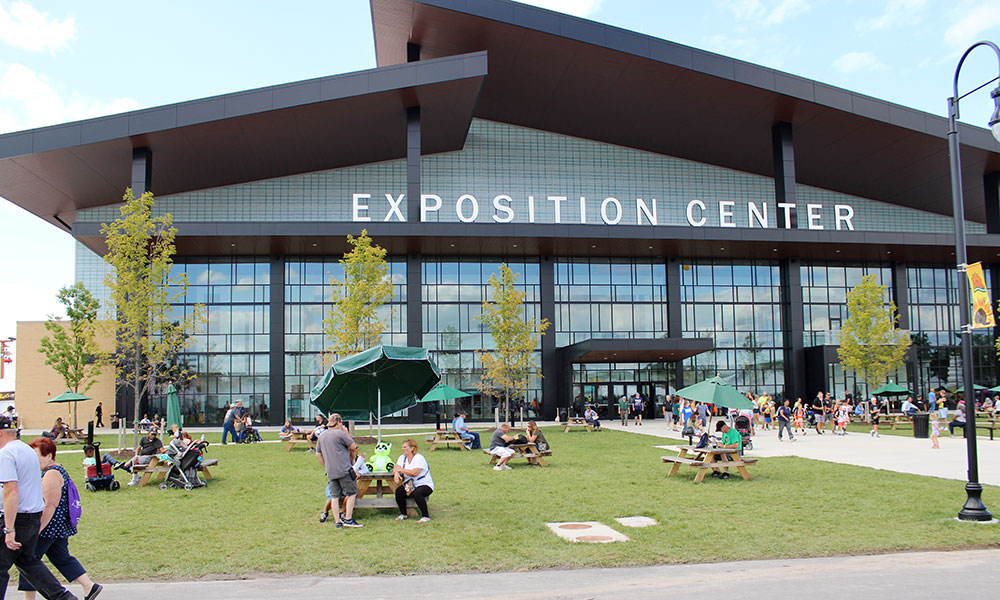 Exposition Center at the Great New York State Fair. Cancellation of the fair, with an attendance of more than 1 million people, is a blow to the local tourism industry.

June is a month when occupancy rates in the Syracuse region hotels are about 70% collectively. “We’ll be lucky if we broke the 20% mark in June. It’s very, very dire.” 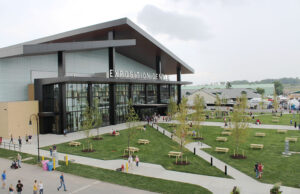 When it comes to discussing COVID-19 and its effect on the Greater Syracuse region’s lucrative tourism industry, Danny Liedka does not mince words.

Liedka is the president and CEO of Visit Syracuse, an organization that plays a key role in Onondaga County’s economic development strategy through its efforts to grow the area’s tourism industry.

Liedka said travelers’ confidence is “not very high. We have seen some folks visiting from some drive-in markets, which is encouraging.”

However, a glance at the metrics that area tourism is measured by will reveal a future that is at best rocky.

Typically, June is a month when occupancy rates in hotels in the region are about 70% collectively, Liedka said.

“We’re hoping this trend turns around soon, but as it stands right now, to say this year is horrendous is an understatement,” he noted.

For Liedka, it is impossible to salvage the summer tourism season.

He said two key events — the 18-day New York State Fair that ends on Labor Day and the Syracuse Nationals featured at the end of July — have been canceled. Those events bring in about 1 million and 300,000 visitors, respectively.

“We would like to see something in terms of tourism activity, but it would be a drop in the bucket compared to what is a typical summer season,” he noted.

Liedka said what makes worse are state guidelines limiting size of groups, which prevent any large gatherings. “There’s no way to cut into that loss,” he said.

“Our efforts right now are really focused on drive-in markets that people feel safe to travel from,” he said. “We want to get them here to enjoy what they can do, and that is certainly food and outdoor entertainment with all the great parks and natural resources we have here.

“Those are things people wouldn’t be afraid to visit and that’s where our efforts are focused right now,” he said.

Meanwhile, COVID-19 has decimated the workforce associated with the leisure and hospitality industry in the Greater Syracuse region since the pandemic struck in March.

“We’ve seen some jobs come back based on agencies or corporations that were eligible for Payroll Protection Program funds. They certainly have put that to use to bring some employees back,” Liedka said.

However, there was a point when the hotel segment reached a high-water mark of about 87% of its workforce being furloughed or left unemployed.

“We’ve seen some of those come back, but it’s only a small fraction,” he said. “It still is a really sad state of affairs.”

Liedka said he has seen some jobs returning, but it’s probably only about 20% of the workforce that was furloughed or let go.

One out of 11 jobs in Onondaga County is tourism-based.

“Tourism is a $900 million industry in this county, so the effect is really profound,” he added.

Liedka said to expect about a $50 million to $60 million loss in local and state taxes.

“I would say if we are able to achieve 30% to 35% of a typical year, that would be a remarkable win, honestly,” Liedka said.

He said government support for the tourism industry has been “abysmal.”

“There is no support. Our agency for example is not eligible for PPP funding, and we had to give money back to the government — rightfully so — to help with health issues,” he added.

“Federal and state governments here have no solutions for the tourism industry, which is a huge economic engine in this state,” Liedka said. “They have completely forgotten us.”

He said he has attempted to correspond with federal representatives, but his pleas for help have fallen on deaf ears. “It’s really sad,” he said.

Liedka said Gov. Andrew Cuomo has said there may be money in the future for tourism, “but right now there’s nothing.

“We are down to literally seven to eight people on staff, and we’re going to take about a $900,000 loss in revenue this year, and it could get worse than that,” Liedka said.

“Everything that we do has to be organic and from our team. Going out there and buying media and things of that nature just doesn’t happen,” he said.

Instead, Visit Syracuse is relying on social media and web traffic to get the word out.

“The team I have has done a great job with that, which has been the bright side of this. We’ve done a lot with very little resources, which I am very proud of,” he noted.

However, Liedka acknowledged that approach doesn’t have the same effect compared to when the usual resources are available to spread the tourism message further.

Liedka praised his marketing team for its perseverance during the health crisis.

“The core that I have is as good as it gets in the industry,” he said. “They are very savvy at driving traffic to our website” and create engagement through social media and blog posts.

“That’s a constant and something we can always count on. When you give them more weapons, they are even bigger and better,” he said.