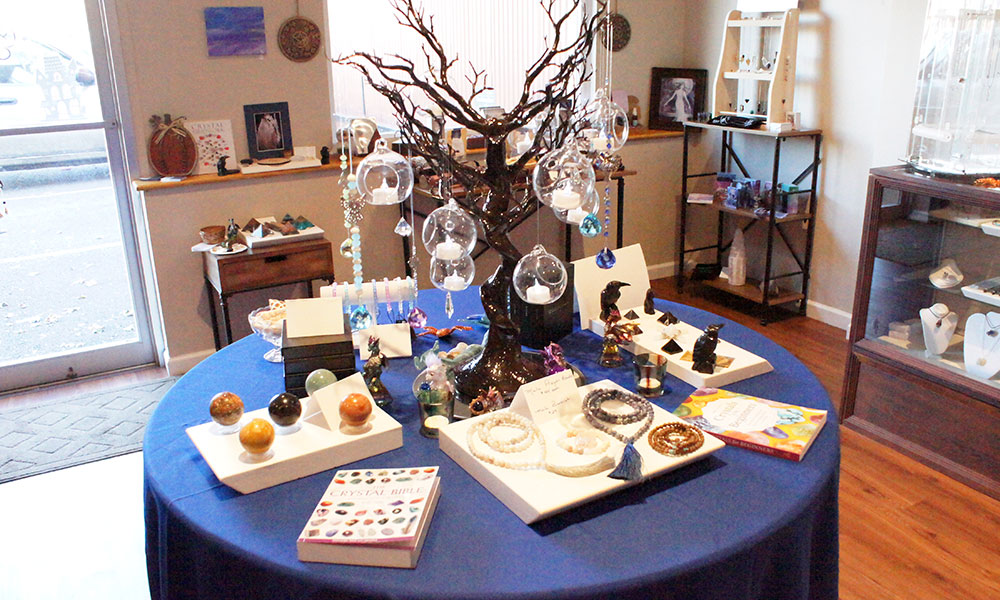 3 Sisters Gift Shoppe wants to bring holistic healing and health to Oswego, and the family behind it is ready to connect the city with metaphysical and spiritual solutions to mental and physical health concerns.

The shop is run by Sara Pelc, Tabitha Mott and Gina Allen, the three sisters the shop is named for. Their mother, Lisa Pelkey is also involved with the business. The shop was Pelc’s idea, which she says came from trying to help her own young child deal with anxiety issues.

“I had a young kid who didn’t know how to handle anxiety, so I suggested a worry stone,” she said. “Unfortunately, we realized there was no place in Oswego to get something like that.”

Pelc says that things in the realm of metaphysical health should be interacted with by the buyer before they make a purchase, to see what works for them. Online shopping does not offer that level of interaction before purchase. The closest shops that did offer holistic health products were in Syracuse, out of the way for many people in the area.

The idea has been in the works since 2016, when Pelc, Mott and Allen first thought up the plan over one of their regular Sunday family dinners. At the time, however, they say that the city was not in the best place, and the shop would likely not have found a stable footing,

“When the new mayor [William “Billy” Barlow] came in, and the revitalization started, the money started flowing to make Oswego build itself back up. That was when I told them to open up.”Pelkey said.

The process of opening up the shop took time, and the sisters say that the business is still growing and evolving,

“We’re tracking ourselves by customer feedback, more than anything else,” Mott said. “We have a tarot card reader who comes in, we’ll start doing Reiki soon.”

The services of the shop are adjusting as well. 3 Sisters now hosts parties and events, which the sisters say has tested their ability to coordinate and manage this along with their other commitments.

“We’re doing more events now, and sometimes we have to close for those, and it is stretching us a little,” Allen said.

All three sisters have full-time jobs outside of their commitments to the shop, as well as families and children to care for. They pooled their own money — about $18,000 — to start the shop up, along with their mother.

They think that there is a great chance for them to enrich the community with their services. Allen said that Oswego has always been a close-knit community, and now that growth has started again, they may be willing to look at spiritual and metaphysical health.

“Every few weeks, we’ll start carrying something new that we think people would like, or someone has asked us to start carrying,” she said.

Crossing the Line of Propriety